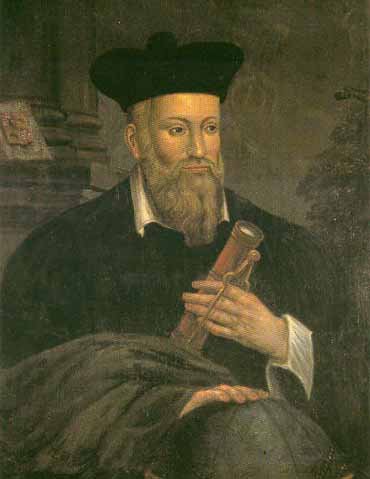 Nostradamus is best known for his prophecies, but in his day he was also a very competent healer, as such I could have classified him under other headings, however, he is best thought of as a magician, as he was privy to 'magical techniques'.

The following was obtained from the introduction to his book of prophecies.

Michel de Nostredame was born on December 14th, 1503 in St. Remy de Provence, France. His family converted from Judaism to Catholicism when Nostradamus was still a young boy.

Nostradamus' great-grandfather encouraged him to study astrology and the 'celestial sciences' when he was very young. He also studied Latin, Greek and Hebrew.

In 1522, at the age of 19, Nostradamus decided to study medicine and enrolled at Mont Pellier. He achieved his bachelor's degree and was soon licensed to practice medicine. He was active in treating the victims of the "Black Plague" and developed unique and effective methods of treatment which helped to lessen the suffering of many people. At 26, Nostradamus returned to Mont Pellier to obtain his doctorate. He was recruited as an instructor after his graduation and taught for about a year. 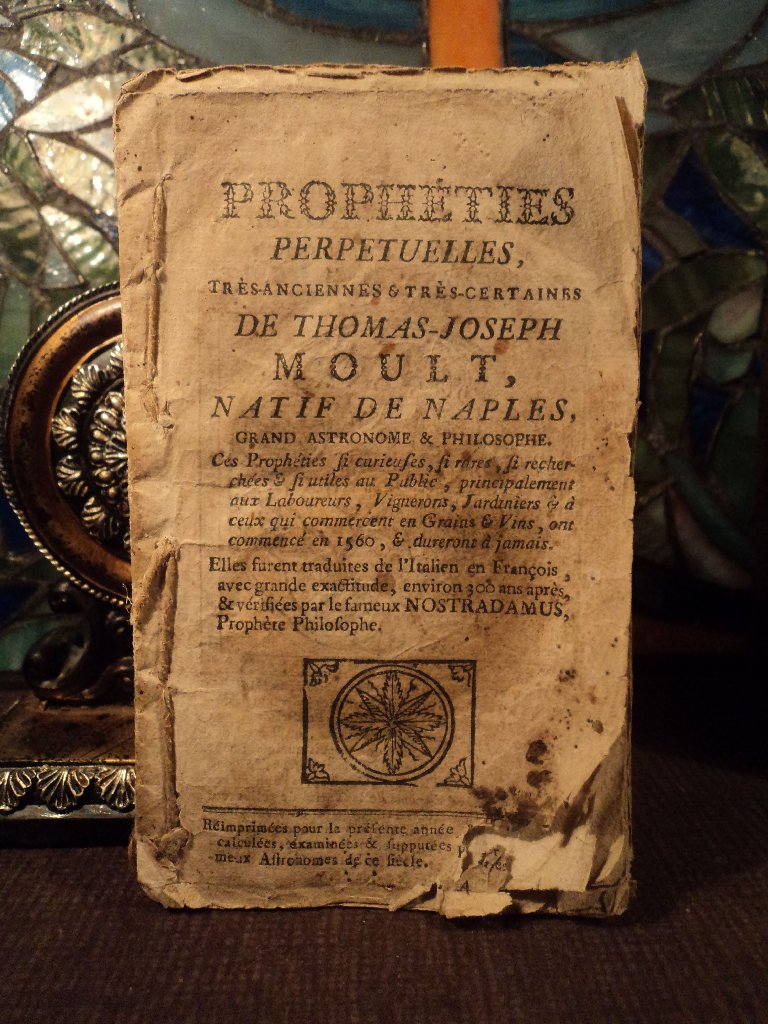 In 1538, Nostradamus was falsely accused of heresy by Church officials, due to an innocent comment he made one day about a church statue. One misconception led to another, and the agents of the Spanish Inquisition sought his arrest. Wishing to avoid arrest, Nostradamus left France and fled to Italy.

In 1546, after traveling through Italy and France for six years, Nostradamus returned to his native land where he was employed by the city of Aix. For a period of three years he again fought the plague. During this period of his life, Nostradamus acquainted himself with the apothecaries and healers of the area in order to include them in his book "Traite des Fardmens", the world's first medical directory, which listed the names, location and specialities of physicians and healers practicing in Europe.

By 1555, Nostradamus had finished the first phase of his book that would contain his prophecies. Upon its publication, Nostradamus' fame quickly spread throughout Europe. This first version of his prophecies contained over 300 predictions. His book became very popular among the literate and educated Europeans of the day, and the French Queen, Catherine de Medici, summoned Nostradamus to her court in Paris. He and the Queen became close personal friends. It was during that era that Nostradamus was appointed as the personal physician and royal advisor to Henry II. Later, he also advised the French Kings Francis II and Charles IX. 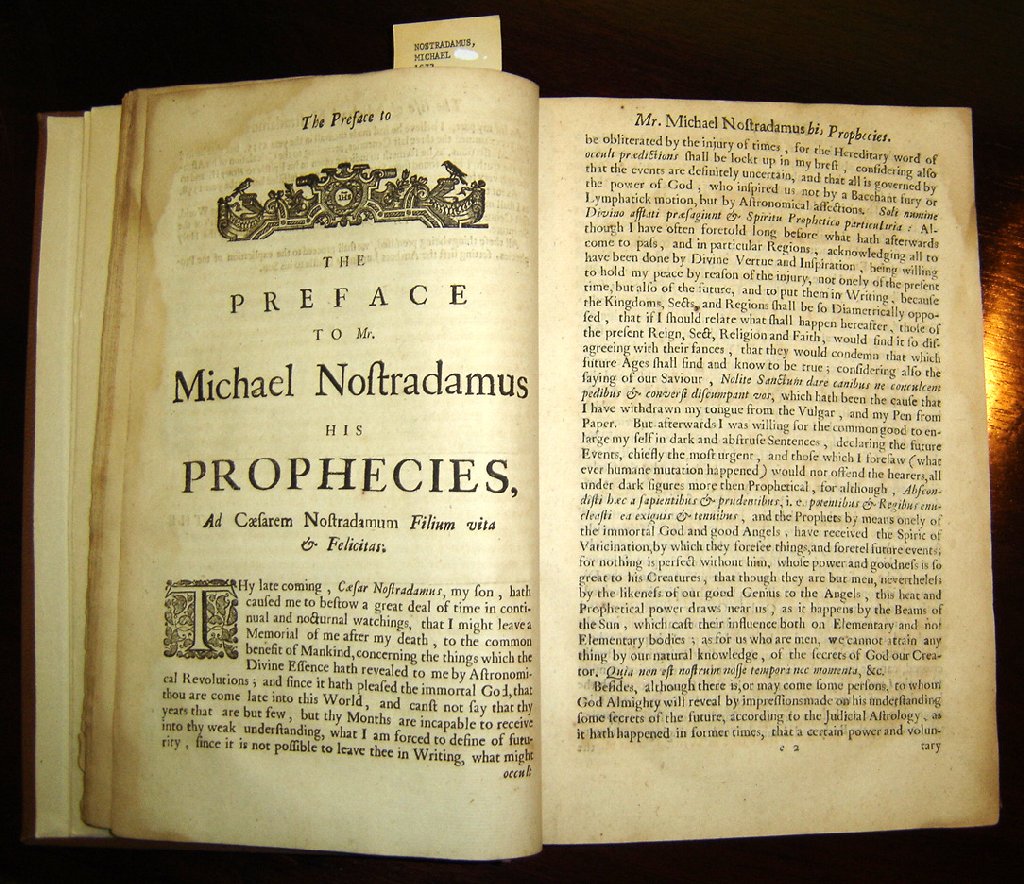 In 1557, he was told that the Justices of Paris were again asking about his magical practices.  He hurriedly returned to Salon.

On June 28, 1559, quatrain # 1-35 which predicted the accidental death of an "old lion" (an allusion to Henri -- the King of France) came true. Some people were upset with Nostradamus, others amazed. His fame grew even more. Nostradamus remained in Salon for a number of years, and continued to work on his books.

In 1565-66, Nostradamus' health declined as he began to be troubled with gout and arthritis. His health continued to worsen and he wrote his will on June 17, 1566. On July 1st, Nostradamus sent for the local Catholic priest and requested that his last rites be administered to him, telling his close friend Chavigny that he would not live to see the next day. As Nostradamus prophesied, he was found dead in the morning, and was buried in the Church of the Cordeliers, in Salon. His remains were later moved to the Church of St. Laurent in Salon, France. After his death, his son Caesar gathered the remaining prophecies which had been unpublished up to that point, and published them in 1568, two years after Nostradamus passed away.