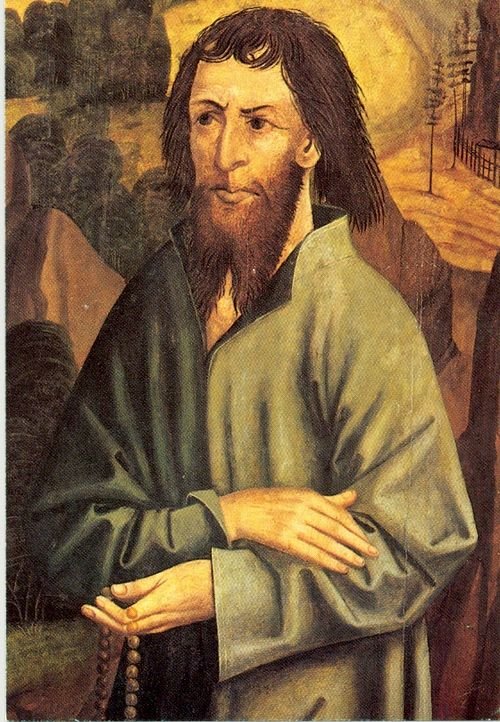 The following has been derived from the description on Wikipedia

Nicholas of Flüe (1417 –1487) was a Swiss hermit  and ascetic who is the patron saint of Switzerland. He is sometimes called  "Brother Klaus."

At around the age of 30, he married Dorothy Wiss, a farmer's daughter. They farmed in the municipality of Flüeli in the alpine foothills, above Sachseln on the Lake Sarnen. He also continued in the military to the age of 37, rising to the position of captain.  After serving in the military, he became a councillor and judge for his canton in 1459 and served as a judge for nine years. He declined the opportunity to serve as Landamman (governor) of his canton. 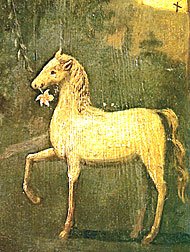 Nicholas of Flüe's vision of a horse

And then something happened which completely changed his life, he had a vision of a lily eaten by a horse.

I could not find what he was doing at the time to have this vision, -  illness or food poisoning or all the other events which can trigger visions, but the vision had a profound effect on him.  It was of course symbolic and he interpreted the symbolism to mean he was swallowing up his spiritual life (the lily) by being a work horse.  Given the universal symbolism of the horse I think he may have been wrong, but his interpretation caused him to devote himself entirely to the contemplative life.

In 1467, he left his wife and his ten children and set himself up as a hermit in the Ranft chine in Switzerland, establishing a chantry for a priest from his own funds so that he could assist at mass daily. 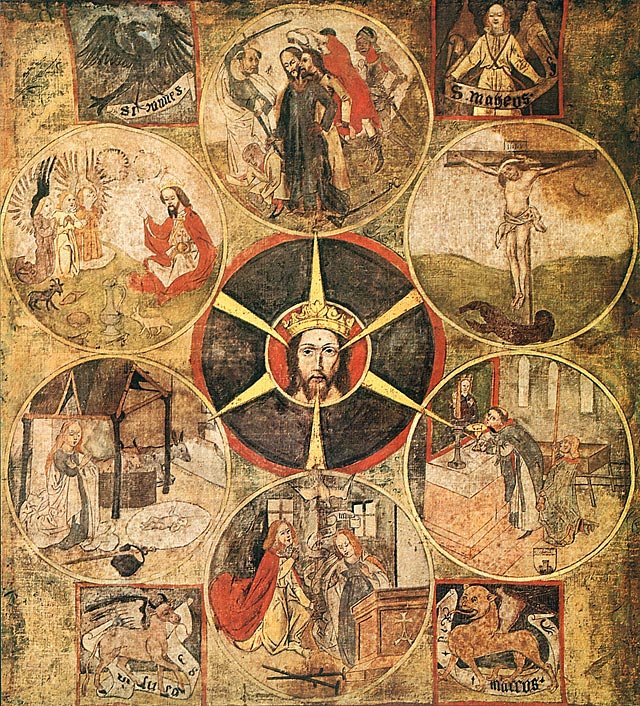 He does not appeared to have eaten very much, according to legend, “he survived for nineteen years with no food except for the eucharist”, so we have here the principal cause for his subsequent visions – starvation or more correctly anorexia, as it was voluntary.

His most famous vision, is of a wheel which has been totally misinterpreted by theologians.  His visions clearly terrified him at times.

"…he said that he had seen penetrating light that had looked as a human face. The vision was so frightening that he had been afraid his heart would break in the smallest pieces…" 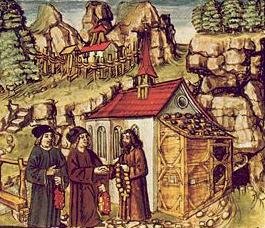 But, his reputation for wisdom and piety was such that figures from across Europe came to seek advice from him, and his sanctuary became a place of pilgrimage.

His counsel “ prevented a civil war between the cantons meeting at the Diet of Stans in 1481”.

He died surrounded by his wife and children.