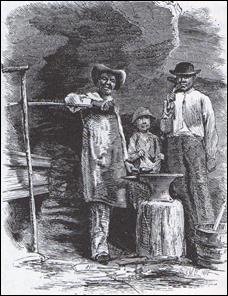 Nathan Coker's life began in the town of Hillsborough, Maryland in approximately 1814. He was born into slavery and was owned by Henry L.Sellers who then sold him to a man called Bishop Emery. A lawyer by the name of Purnell entered into a contract with Emery, to lease the services of young Nathan Coker (now in his early teens).

Nathan Coker became known through his remarkable ability to handle fire and hot objects.  Coker gave a demonstration of his abilities in the office of a Dr. Stack, in around 1871, which took place before a number of prominent citizens of Easton, Maryland, including no less than four physicians and two newspaper editors. This account of that demonstration appeared in both the New York Herald in 1871 and the Daily Alta California, Volume 23, Number 7856, 27 September 1871 , the reporter of this newspaper estimated Nathan's age to be about fifty-eight.

Nathan was simple and gentle, was not able to read or write, and had been very badly treated by his owners and employers.  But he found that he possessed extraordinary ‘magical’ abilities, all of which revolved upon an ability to handle fire and hot objects.  In relation to his ability to handle fire, he said:

".. when I was about thirteen years old, Massa Emery hired me out to a lawyer, whose name was Purnell. He treated me badly, and did not give me enough to eat. I shied around the kitchen one day, and when the cook left, shot in, dipped my hand into the dinner pot, and pulled out a red-hot dumpling. The boiling water did not burn, and I could eat the hot pudding without winking; so after dat I often  got my dinner dat way. I has often got the hot fat off the boiling water and drank it. I drink my coffee when it is boiling and it does not give me half so much pain as it does to drink a glass of cold water. I always like it just as hot as I can get it." 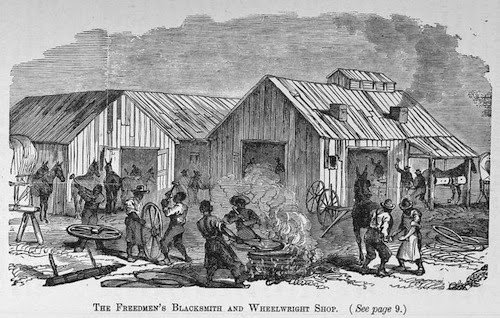 As time went on, Coker left Purnells's employ, and took up the trade of Blacksmith in the town of Denton, Maryland where his astounding relationship with heat became ever more apparent.  When further questioned Nathan added:

"l often take my iron out of the forge with my hand when red-hot, but it don't burn. Since I was a little boy I have never been afraid to handle fire." 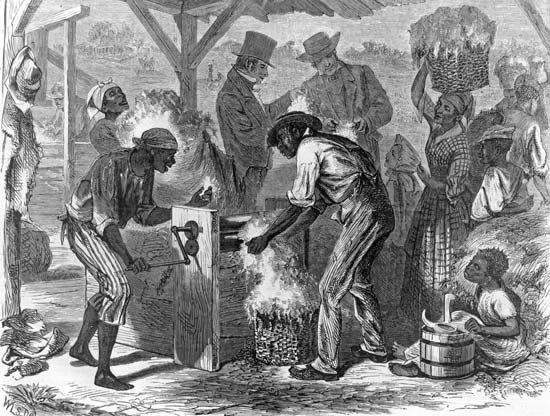 In addition to the observation we have, two judges of the judicial circuit had previously visited Nathan in his own blacksmith's shop, and had subsequently declared that, to use their precise words,
"he performed most astounding feats, such as handling red-hot iron with his bare hands, forging it into shape without the use of tongs, putting it upon his tongue, etc."

It is somewhat difficult to classify Nathan, as he clearly inherited some of the abilities of his African tribal roots.  But the skills he displays are essentially those of a magician, even though he never earned his living as one.