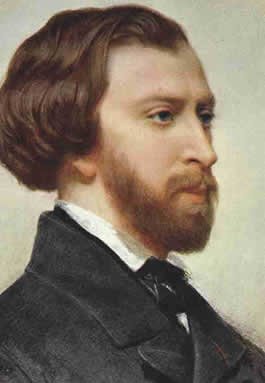 Alfred Louis Charles de Musset-Pathay (1810 – 1857) was a French dramatist, poet, and novelist. Along with his poetry, he is known for writing an autobiography - La Confession d'un enfant du siècle (The Confession of a Child of the Century).

Musset was born in Paris. He entered the collège Henri-IV at the age of nine. After attempts at careers in medicine (which he gave up owing to a distaste for dissections), law, drawing, English and piano, he became one of the first Romantic writers, with his first collection of poems, Contes d'Espagne et d'Italie (1829, Tales of Spain and Italy). By the time he reached the age of 20, his rising literary fame was “already accompanied by a sulphurous reputation fed by his dandy side”. 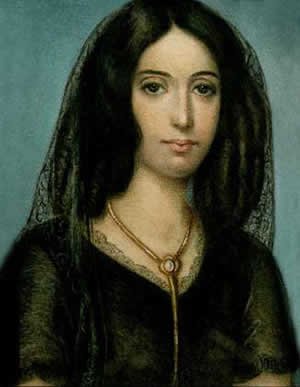 Musset received the Légion d'honneur on 24 April 1845, at the same time as Balzac, and was elected to the Académie française in 1852. He died in his sleep in Paris on 2 May 1857. The cause was heart failure, the combination of alcoholism and a longstanding aortic insufficiency.

Where did his literary ideas come from? The love affair with George Sand was one clear driver, but it has also been stated that Alfred de Musset was a manic depressive.  What makes him interesting is that he was a manic depressive who did not use this 'gift' effectively.  He did not convert the periods of mania into works of any lasting significance.

The French poet Arthur Rimbaud was highly critical of Musset's work. Rimbaud wrote in his Letters of a Seer (Lettres du Voyant) that Musset did not accomplish anything because he "closed his eyes before the visions”. (Lettre à Paul Demeny, mai 1871).

Musset's autobiography was made into the film Les Enfants du Siecle. A viewer of the film rather sums up Musset's life when they wrote:

Sand becomes the lover of the womanizing and daily prostitute frequenting Alfred de Musset. He is a great source of irritation in this movie. At first he supposedly loves Sand but then returns to his old hedonistic lifestyle when she becomes sick on a love-trip to Venice. His infidelity, it seems, is fatalistically unstoppable. I don't know if many other viewers enjoyed or would enjoy this movie. It is a sad chapter in a romantic literary genius's [Sand's not Musset's] life - and I wish they had picked a different chapter to tell.