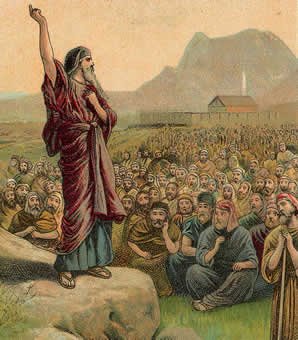 Moses  was, according to the Hebrew Bible, the Qur'an, and Baha'i scripture, a religious leader, lawgiver, and prophet, to whom the authorship of the Torah is traditionally attributed. He is the most important prophet in Judaism,  he is also an important prophet in Christianity and Islam, as well as a number of other religions.

Florence Marryat, herself on the site and a person who had a considerable number of spiritual experiences, considered him to be more correctly a magician:

I will prove … that every [form of spiritual experience]  — the direct voice, levitation, trance-mediumship, automatic writing, materialization, clairvoyance and healing, are all mentioned, practiced, and approved of in the Bible. Also, that there is but one miracle mentioned there, that has not been reproduced by the mediums of the present century. In addition, that there is nothing to be wondered at in the fact, since it was prophesied that it should be so. ……………………..

There are a number of types of medium mentioned in the Old Testament — prophets, seers, wise women, and interpreters of dreams.

Amongst the latter is Joseph, one of the finest characters presented to us in the Bible, as when he was called upon to interpret the dreams of Pharoah, .... And when his father, Jacob, was dying, he said to his sons : " Gather yourselves together that I may tell you that which shall befall you in the last days " — which was simply an exercise of clairvoyance/prophecy, so often given to the dying.

In Exodus, we are told how the Lord taught Moses to be what would be called in these days a conjurer. The burning bush; the rod which became a serpent ; the hand that became leprous, and then turned back again into healthy flesh ; the water that changed to blood when poured upon the land — what were these but acts of enchantment ?

According to the Book of Exodus, Moses was born in a time when his people, the Children of Israel, were increasing in numbers and the Egyptian Pharaoh was worried that they might help Egypt's enemies. Moses' Hebrew mother, Jochebed, hid him when the Pharaoh ordered all newborn Hebrew boys to be killed, and the child was adopted as a foundling by the Egyptian royal family. After killing an Egyptian slave-master, Moses fled across the Red Sea to Midian, where he had a vision of a  "burning bush". ‘God’ sent Moses back to Egypt to request the release of the Israelites. After the Ten Plagues, Moses led the Exodus of the Israelites out of Egypt and across the Red Sea, after which they based themselves at Mount Sinai, where Moses received the Ten Commandments. After 40 years of wandering in the desert, Moses died within sight of the Promised Land.

So far so good, but what this doesn't tell us is that Moses was half Hebrew and half Egyptian and that he was initiated into the Mysteries.  Here is a useful summary of Moses' actual education.

Paul Brunton - A Search in Secret Egypt
Heliopolis was a great centre of learning, sacred and secular, with thirteen  thousand priest-students and teachers; with a huge population and a pre-eminent library that later helped to form the famous Alexandrian one.
The young Moses paced on his ceremonial walks around the temples or pored over his rolls of papyri: spent there many an hour in deep thought and solitary meditation.
Exceptionally serious, even as a child, Moses progressed so well in his studies and character that he passed through all the initiation degrees with honours, reaching the rare and culminating degree of Adept. He was then fit to become a hierophant, in his turn. And it was in the same Mystery school where he had studied - in the school attached to the Great Temple of Heliopolis, the City of the Sun - that he attained to this distinction. He received candidates into the secret rites of Osiris, highest of the rites of the Mysteries. 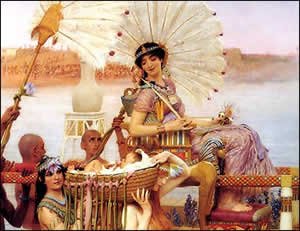 In those days he bore another name, an Egyptian one, such as befitted his half-Egyptian parentage. His original name was Osarsiph, (This is no flight of imagination on the writer's part; I am taking his name, and the name of his temple, along with one or two other facts, from the ancient Egyptian records of the priest Manetho: the rest I have discovered by private research.)
When the great change came in his life, when he accepted the mission which both destiny and the gods had confided to him, he signalized the event by altering his name to an Israelite one. All instructed Egyptians believed in the power of names.
A name possessed magical value for them. And so Osarsiph took on the name of Moses.
The Pharaoh of his time was a man of hard unspiritual character. He was stubborn and cruel. His treatment of the Israelites was such that the persecution aroused Moses' sympathies and stirred the strain of Hebrew blood that flowed in his veins. He succeeded in freeing the Hebrew tribes from their servitude and captivity and took them out of the valley of Goshen, along the old historic highway which, from times immemorial, was the road between Africa and Asia ....
Some of Moses' later history may be found in the Bible, sadly mixed up with mere hearsay.
In the old Testament we find a series of books called the Pentateuch, which are attributed to Moses. They contain the essence of such wisdom as Moses ostensibly wished to communicate to his people, coupled with more or less historical facts about the creation of the world and the early races of man.
Now Moses, as an Adept, knew and used the sacred writing of the initiates, i.e. the hieroglyphs in their third or secret spiritual meaning. When he completed the Pentateuch, he wrote the text in Egyptian hieroglyphs. Access to these texts was available to his initiated priests, who understood hieroglyphs. But when the Israelites had settled down in Palestine and centuries had rolled over their heads, the knowledge of the meaning of hieroglyphs had grown vague.
Little by little the priesthood became less and less familiar with the characters and could only decipher them with difficulty. This is not surprising when we remember that, even in Egypt itself, by the fourth century A.D. the art of interpreting hieroglyphs had been completely lost. 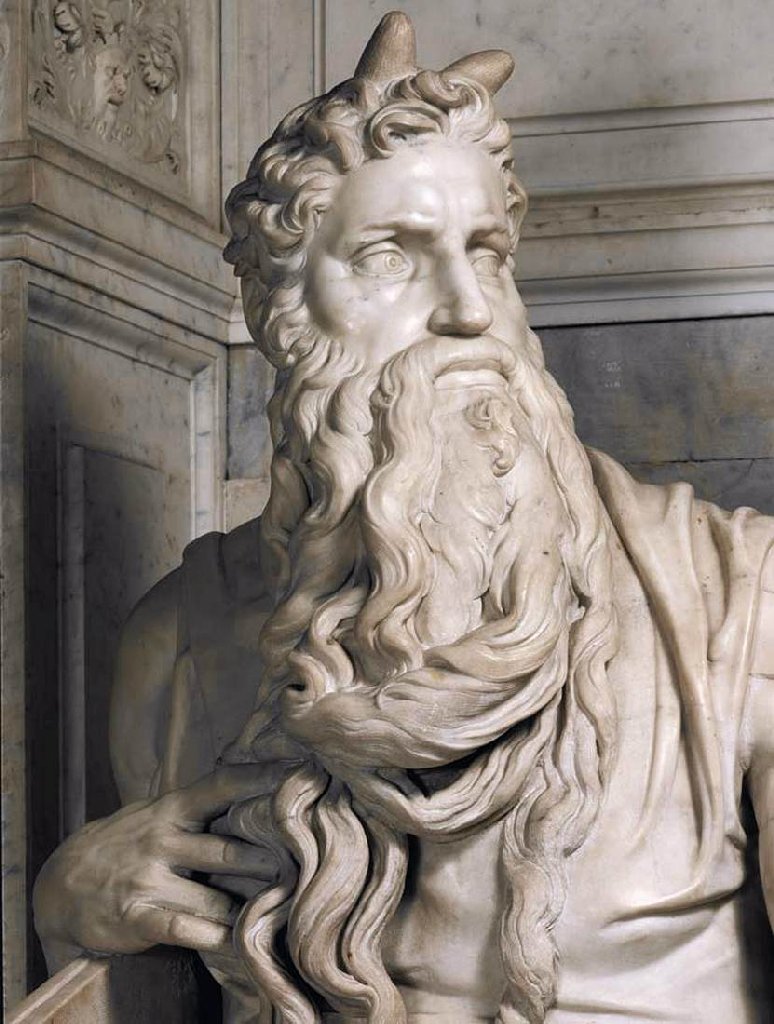 When, nearly a thousand years after the great exodus of the Israelites from Egypt, the elders of Israel put together that collection of books which we now call the Old Testament, the difficulties which faced them in trying to translate Moses' writings into Hebrew were immense. For Moses wrote as an Adept, but these elders, however learned, were not Adepts.
Misunderstandings occurred most frequently; symbolic expressions were taken as literal facts; hieroglyphic pictures were taken as pictures of existent things; and figurative phrases were grievously misinterpreted. A single instance will suffice; the six days of creation meant, in Moses' mind, six vast periods of time symbolically termed days for reasons which every initiate knew. But the scholars who translated him literally, really thought he meant days of twenty-four hours only.
Therefore, those early books of the Bible yield peculiar notions when read literally - peculiar because mere everyday science is rightly correcting those books on  points of fact - but they yield extremely fruitful knowledge when read by the light of an understanding of what was taught in the Egyptian Mystery Temples.
Moses then must be claimed as one of the most notable figures who emerged from the dead trance of initiation.

Everything is symbolic in the end.

It may be instructive to look at the symbolism of the Red Sea.

Note that as there is now a fairly consensual view that the Ancient Egyptians were 'black', Moses may well have been black too and the portrayals found in paintings, sculptures and text books is thus entirely inaccurate.