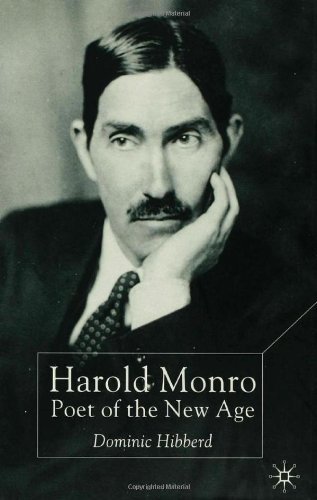 Harold Edward Monro (14 March 1879 – 16 March 1932) was a British poet, the proprietor of the Poetry Bookshop in London which helped many famous poets bring their work before the public.

Monro was born in Brussels, but his parents were Scottish.He was educated at Radley and at Caius College, Cambridge.

In 1912, he founded the Poetry Bookshop in Bloomsbury, London, publishing new collections at his own expense and rarely making a profit, as well as providing a welcoming environment for readers and poets alike. Several poets, including Wilfred Owen, actually lodged in the rooms above the bookshop.

Although homosexual, he married before World War I, but he and his wife separated and were divorced in 1916.

Monro wrote few war poems himself, but his ‘Youth in Arms’ quartet, written in the early months of the war, is one of the earliest attempts to portray the ‘human psychology’ of soldiering and to understand ‘How ungrudgingly Youth dies’. These poems were also inspired by Monro’s fears for his friend, Basil Watt, whom he dearly loved and who was later killed at Loos. Monro’s moving elegy for Watt, ‘Lament in 1915′, is a monologue in unornamented, ‘modern’ language.

Happy boy, happy boy, David the immortal-willed, Youth a thousand thousand times Slain, but not once killed, Swaggering again today In the old contemptuous way; Leaning backward from your thigh Up against the tinselled bar— Dust and ashes! is it you?
Laughing, boasting, there you are! First we hardly recognized you In your modern avatar.
Soldier, rifle, brown khaki— Is your blood as happy so? Where’s your sling or painted shield, Helmet, pike or bow? Well, you’re going to the wars— That is all you need to know.
Graybeards plotted.
They were sad. Death was in their wrinkled eyes. At their tables—with their maps, Plans and calculations—wise They all seemed; for well they knew How ungrudgingly Youth dies.
At their green official baize They debated all the night Plans for your adventurous days Which you followed with delight, Youth in all your wanderings, David of a thousand slings. 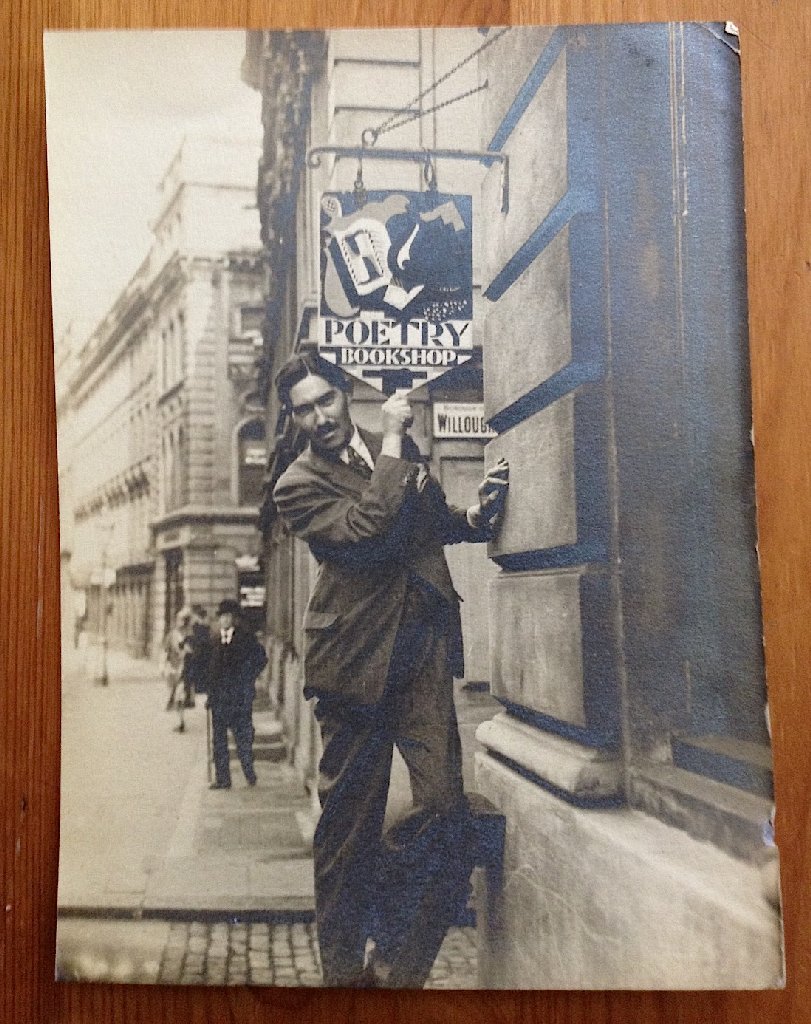 In 1917, he was called up for military service, a very unhappy experience for him.  His health soon gave way, and he was invalided out.

He returned to run the Poetry Bookshop in 1919. Harold Monro never made one penny of profit either from his bookselling or his publishing. On the contrary, he mortgaged a large part of his private fortune in these ventures.

The Bookshop nevertheless was a place of call for all those who were interested in poetry; it acquired an international reputation; visitors and students went to it as a matter of course; and imitations of it sprang up in other countries. Harold Monro himself became the unofficial representative of poetry, and was asked to lecture all over the country.

In 1920, he married his long-standing assistant, Alida Klementaski. Their relationship seems to have been an intellectual rather than a physical one.

Monro never fully recovered from his experiences of the war or the grief at the loss of his loved ones, he eventually became an alcoholic and this contributed to his early death at 53.

from Wikipedia
On Monday 4th August 2014, a service was held at Westminster Abbey, “A Solemn Commemoration on the Centenary of the Outbreak of the First World War”. H.R.H. Camilla, Duchess of Cornwall GCVO, represented H.M. The Queen. After a reading from St .John's Gospel, the choir gave the premiére performance of a new composition by David Matthews, a pupil of Benjamin Britten.

Entitled "To what God shall we chant our songs of battle?” Matthews’ work took a bitter, disillusioned poem written in 1914 by Harold Monro and set the verse alongside passages from the Book of Lamentations and Saint Luke's gospel. James O'Donnell, abbey organist and master of the choristers, commented that the work "leaves you standing on the edge of an abyss". It was delivered by young men whose voices blasted the stone walls of the Abbey like a rebuke.