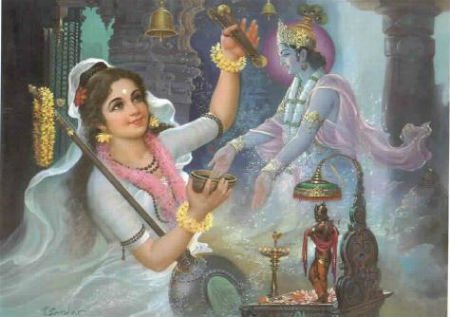 This is derived from Wikipedia

Mirabai or Meerabai (c. 1498 – c. 1557 AD) (the word 'bai' in Rajasthani is an informal term commonly used to refer to a girl) was a princess Hindu mystic from Rajasthan.

She was one of the most significant Sants of the Vaishnava bhakti movement. Some 1,300 pads (poems) commonly known as bhajans (sacred songs) are attributed to her. These are popular throughout India and have been published in several translations worldwide. 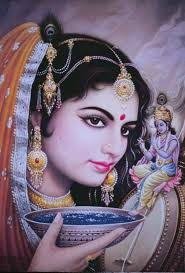 In the bhakti tradition, they are in passionate praise of Lord Krishna. In most of her poems, she describes her unconditional love for her Lord. She tried to give the message that "Krishna bhakti was the best way to live life as it helps us forget our desires and this in turn helps us attain moksha (liberation)".

What we see then is that Mirabai practised Love with Visualisation using the image of Lord Krishna.  I have no details on whether she used other activities such as contemplation and detachment.

Details of her life, which has been the subject of several films, are pieced together from her poetry and the stories recounted by her community,  and "are of debatable historical authenticity", particularly those that connect her with the later Tansen. On the other hand, the traditions that make her a disciple of Guru Ravidas in Chittor, her association with Tulsidas and later interactions with Rupa Goswami in Vrindavan are in agreement with the usual account of her life.

Poetseers
A key moment in the life of Mirabai was her arranged marriage to Prince Bhoj Raj. The Prince was the eldest son of a very influential Hindu family. The marriage gave Mirabai a very high social status. However Mirabai felt little, if any attraction, to the worldly comforts and pleasures of the Palace. Whenever she had the opportunity, Mirabai would escape from her daily duties to spend time in prayer and meditation.
On the death of her husband things only seemed to get worse. The remaining family tried to get Mirabai to commit Sati. Sati is the practise of voluntary suicide, which at the time was quite common amongst Hindu widows.
However, Mirabai refused, saying she was betrothed to Sri Krishna, and he alone was her real husband. After this incident, life got increasingly intolerable for Mirabai, so with the advice of various Sadhu’s she left the palace to live as a wandering sannyasin on the streets of Vrindaban. 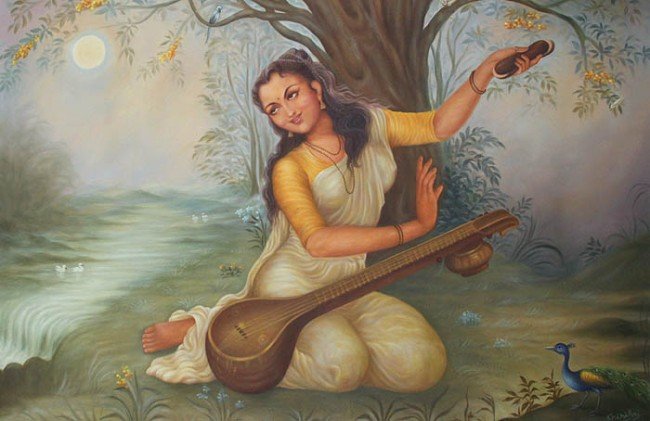 Mirabai’s saintly reputation spread throughout northern India and her devotional bhajans were infectious in their capacity to offer spiritual upliftment. Mirabai composed hundreds of poems in a simple, unpretentious style. They are 'full of intensity and transcendental spirituality'.

Mirabai is one of the most respected and loved poets in the history of India. Many were inspired, by her example, to follow the devotional path of Vaishanvism.

It is extremely difficult to find a parallel to this wonderful personality – Mira – a saint, a philosopher, a poet and a sage. She was a versatile genius and a magnanimous soul. Her life has a singular charm, with extraordinary beauty and marvel.