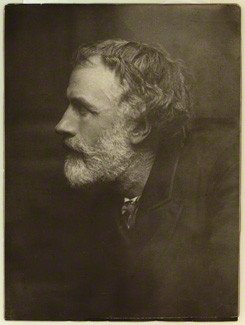 George Meredith, OM (12 February 1828 – 18 May 1909) was an English novelist, essayist, and poet of the Victorian era.  Meredith’s Essay on Comedy (1877), for example, remains a reference work in the history of comic theory and in The Egoist, published in 1879, he applies some of his theories of comedy in one of his most enduring novels. He also collaborated with Edward Gryffydh Peacock, son of Thomas Love Peacock in publishing a privately circulated literary magazine, the Monthly Observer.

Meredith first started writing in periodicals and he collected these early writings in an 1851 volume, Poems. He had a strong social conscience and was not afraid to use his novels, like Dickens, to highlight social injustices.  Some of his writings, including The Egoist, for example, highlight the subjugation of women during the Victorian period. During most of his career, he had difficulty achieving popular success. His first successful novel was Diana of the Crossways published in 1885.  Meredith supplemented his often uncertain writer's income with a job as a publisher's reader. 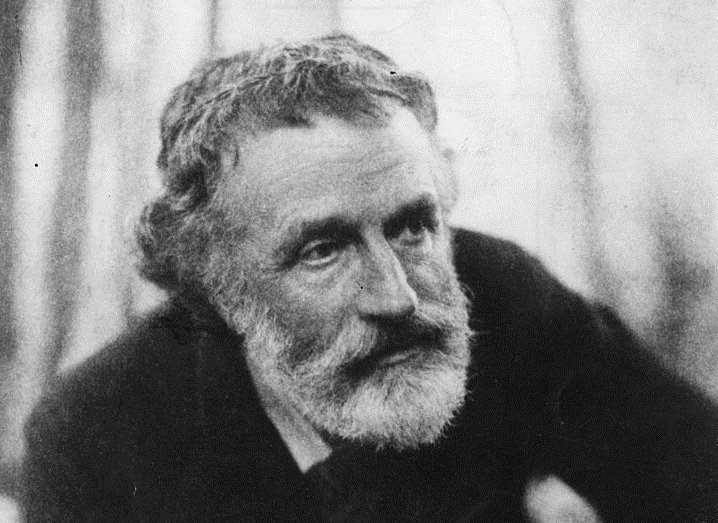 In 1868 Meredith was introduced to Thomas Hardy, who had just submitted his first novel, The Poor Man and the Lady. Meredith advised Hardy not to publish his book as it would be attacked by reviewers and destroy his hopes of becoming a novelist. Meredith felt the book was too bitter a satire on the rich and counselled Hardy to put it aside.

Meredith spoke from experience; his first big novel, The Ordeal of Richard Feverel, was judged so shocking that Mudie's circulating library cancelled an order of 300 copies.

Oscar Wilde, in his dialogue The Decay of Lying, implies that Meredith, along with Balzac, is his favourite novelist, saying "Ah, Meredith! Who can define him? His style is chaos illumined by flashes of lightning".

Before his death, Meredith was honoured from many quarters: he succeeded Lord Tennyson as president of the Society of Authors; in 1905 he was appointed to the Order of Merit by King Edward VII. 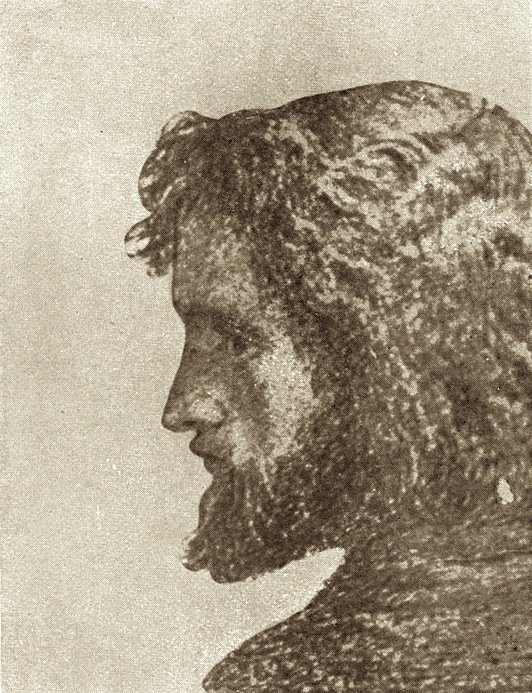 Meredith was born in Portsmouth, England. His father inherited a seemingly prosperous Portsmouth naval outfitters and tailor shop from Meredith's grandfather but soon discovered that one reason for the shop's popularity with customers was that delinquent bills were rarely pursued. The Merediths ran the failing business at a loss for several years, while living extravagantly on the dowry that Meredith's mother had brought into the marriage.

When Meredith was five his mother died, leaving her money in a trust for her son's education. Lacking access to these funds for his business, Meredith's father was forced into bankruptcy. The boy was sent to boarding schools and had very little contact with his father thereafter. At fourteen Meredith was sent to school in Neuwied, Germany, where he remained for two years, leaving with a love of German culture, especially music, that lasted the rest of his life. Upon Meredith's return to England, his father wanted to apprentice him to a bookseller and publisher, but Meredith, disinclined to follow the advice of a man he considered "a muddler and a fool," found a post for himself assisting an attorney, for whom he worked for five years. He read law and was articled as a solicitor, but abandoned that profession for journalism and poetry. 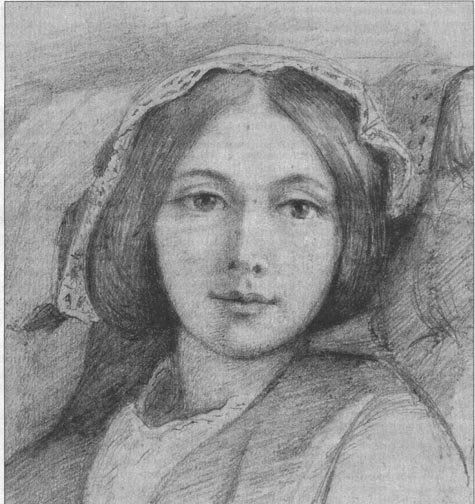 The death of his mother, the humiliation of having a father who was a bankrupt and the constant difficulty he had making ends meet and preserving his strong beliefs in humanity, had a great effect on Meredith.  The pretentiousness of his father appears in numerous novels.  Meredith’s best works are all about his own life – a sort of biography disguised.

His first work of fiction, for example, The Shaving of Shagpat: An Arabian Entertainment, is a ‘lighthearted fantasy’ that contains a number of themes that recur throughout Meredith's career, including ridicule of social conventions and disdain for social climbers, and features as a central character a young man whose growth to maturity is aided by a woman.

And it was his relationships with women that had the most effect.  But the driver was largely grief and rejection.

Meredith had two wives and three children. He outlived both wives and one child.

On 9 August 1849, Meredith married Mary Ellen Nicolls (née Peacock), a beautiful widow with a daughter.  He was twenty-one years old and she was twenty-eight.  They had one child, Arthur (1853–1890). In 1858 she ran off with the painter Henry Wallis, shortly before giving birth to a child assumed to be Wallis'. Mary Ellen died in 1861.

The collection of "sonnets" entitled Modern Love (1862) emerged from this experience as did The Ordeal of Richard Feverel, his first "major novel".  It is from this novel that we get an observation, for although purporting to be fiction, the experience can only be his.

A tempestuous relationship with Nicolls culminated in their marriage in 1849, but the marriage was neither a happy nor a lasting one, in part due to Meredith's precarious financial situation. Although his father-in-law offered to secure him an office position, Meredith preferred to try to make his living by his pen. …. During the first years of their marriage Nicolls suffered several miscarriages and stillbirths, while Meredith developed nervous and digestive disorders that led him to demand a highly specialized diet. Nicolls turned this to financial advantage by writing and publishing, with her father's help, a successful cookbook. In 1853, with Nicolls again pregnant, the couple's financial difficulties forced them to move in with Thomas Love Peacock [her brother]. Peacock could not adjust to the disruption of his household, which was exacerbated by the birth of the Merediths' son Arthur later that year, and he eventually quit his own house to take rooms elsewhere.
By 1856 Meredith and his wife were living apart, and in 1858 she left for Italy with another man [Wallis], leaving Meredith alone with five-year-old Arthur. When she returned to England years later, alone and seriously ill, Meredith refused to let her see their son until shortly before her death. Meredith's lifetime of reticence about his early years carried over into a stolid refusal to discuss his first marriage, though critics maintain that the sonnet cycle Modern Love, which painstakingly details the dissolution of a marriage, actually chronicles that event. 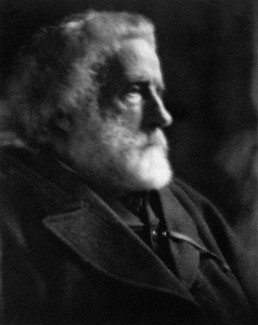 Meredith's subsequent relationships with women proved equally unsatisfactory. He fell in love with a much younger woman whose socially prominent parents cultivated the rising novelist as a valuable social asset, but refused to consider him a suitable match for their daughter. Meredith lived alone or with male friends for years, traveling extensively in Switzerland, France, and Italy. In London he shared a house briefly with Dante Gabriel Rossetti and Algernon Charles Swinburne, but, unprepared for their unconventional way of life, soon took single lodgings.

On 20 September 1864, Meredith married Marie Vulliamy and settled in Box Hill in Surrey. He continued writing novels and poetry, often inspired by nature. She died of cancer in 1886.  He had two children with Marie - William (b. 1865) and Mariette (b. 1874)

In 1909, he died at his home in Box Hill, Surrey. He is buried in the cemetery at Dorking, Surrey.

To read Mr. Meredith's novels with insight is to find them full of the rarest qualities in fiction. … He has the tragic instinct and endowment, and he has the comic as well; he is an ardent student of character and life; he has wit of the swiftest, the most comprehensive, the most luminous, and humour that can be fantastic or ironical or human at his pleasure; he has passion and he has imagination; he has considered sex — the great subject, the leaven of imaginative art — with notable audacity and insight. He is as capable of handling a vice or an emotion as he is of managing an affectation. He can be trivial, or grotesque, or satirical, or splendid; and whether his milieu be romantic or actual, whether his personages be heroic or sordid, he goes about his task with the same assurance and intelligence. In his best work he takes rank with the world's novelists.
…. the parting between Richard and Lucy Feverel — is a high-water mark of novelistic passion and emotion. 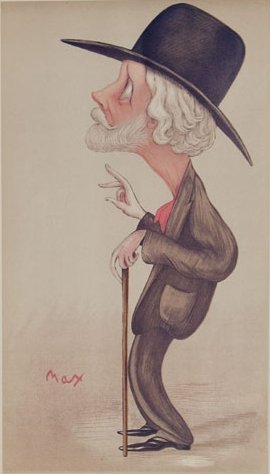