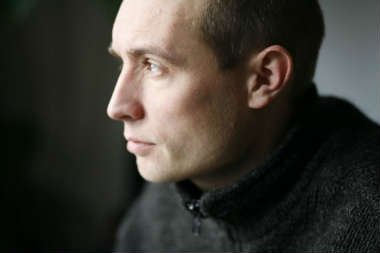 Rufus May (born 1968) is a British clinical psychologist best known for using his own experiences of being a psychiatric patient to promote alternative recovery approaches for those experiencing psychotic symptoms. After formally qualifying as a clinical psychologist, he then disclosed that he had been previously detained in hospital with a diagnosis of schizophrenia. May qualified from the University of East London in 1998.

“I work as a clinical psychologist in the NHS in Bradford England. I also do some independent training and consultancy. My interest in recovery from psychosis and other difficulties is rooted in my own experiences of psychosis when I was 18 and subsequent recovery journey.  I am interested in helping to create alternative understandings to medical labelling and the heavy handed use of psychiatric drugs, which is the dominant approach today.  I believe everybody can flourish, grow and develop if they get the right support network around them that they are willing to invest in. ....My work is very much part of a wider emancipatory movement in mental health that includes the hearing voices movement, community development approaches and other self help and holistic health movements.”

My own view after looking at all the observations on this site is that May was mis-diagnosed with schizophrenia, as are it seems thousands of others.

May grew up happily in Islington, north London, the older of two children, until the age of 11 when his mother had a brain haemorrhage, leaving her physically and mentally disabled. While she made a strong recovery with the help of her family, tensions grew and arguments were frequent. "I went from being a bright, achieving child to someone who would avoid academic work and hang out on street corners," he says.  So here we have Psychological trauma as the trigger.

By the age of 15 he was smoking dope and here we have a major trigger to mental illness especially at this age and in overdose proportions. Cannabis and marijuana. Two years later, he had a brief renaissance when he got a girlfriend and started trying to get a job in graphic design. But when she left him nine months into the relationship, not only was he devastated, he found himself without any friends -  Grief and Loneliness . He also suffered from Sleep deprivation.

Day dreaming started to evolve into fantasy and he developed the belief he was an apprentice spy for the British secret service. He heard voices and was eventually admitted to Hackney Hospital.  May was diagnosed with schizophrenia in 1986 at age 18.   But the treatment caused him more problems than the voices.

“The treatment definitely made me worse. I was put into hospital three times against my will. And when I got on with the medication, I tried to work with my psychiatrist. I was 19 and at college studying art but I couldn't draw a straight line so I wrote to him and asked for my medication to be reduced. He refused point blank. So I moved away and managed my schizophrenia on my own. I finished my degree and then did a doctorate in clinical psychology.
If I had listened to the doctors, I wouldn't be a psychologist now. I wouldn't have been able to do this on the medication. It would have been a liquid strait jacket. All the research from recovered people like me shows that people need to be given responsibility. If you treat people like children that is all they will become. It's very easy to become institutionalised and a permanent, dependent psychiatric patient."

Doctor May used exercise, creative activities, social relationships and voluntary work to regain his wellbeing – in effect all the suppression techniques described on this website.

"I've learnt through my work that even when people are at their most distressed you can still work with them. You need to give them clear feedback about what's going on and involve them in their treatment. If you don't, you break their spirit."

Doctor May currently works as a clinical psychologist in an assertive outreach team in Bradford, England. He is actively involved in the hearing voices network and a Bradford mental health discussion and campaign group, Evolving Minds.  He often provides comments in the British media against the use of compulsory detention and the forcible use of medication.

His story has received a number of awards, including a Mental Health Media Survivor and Factual Radio awards in October 2001 for Fergal Keane's show, Taking a Stand on Radio Four and a 2008 award for the TV documentary on his work.

Dr May has his own website which provides links, help, books, videos and details of forthcoming events in which he is involved.  See also