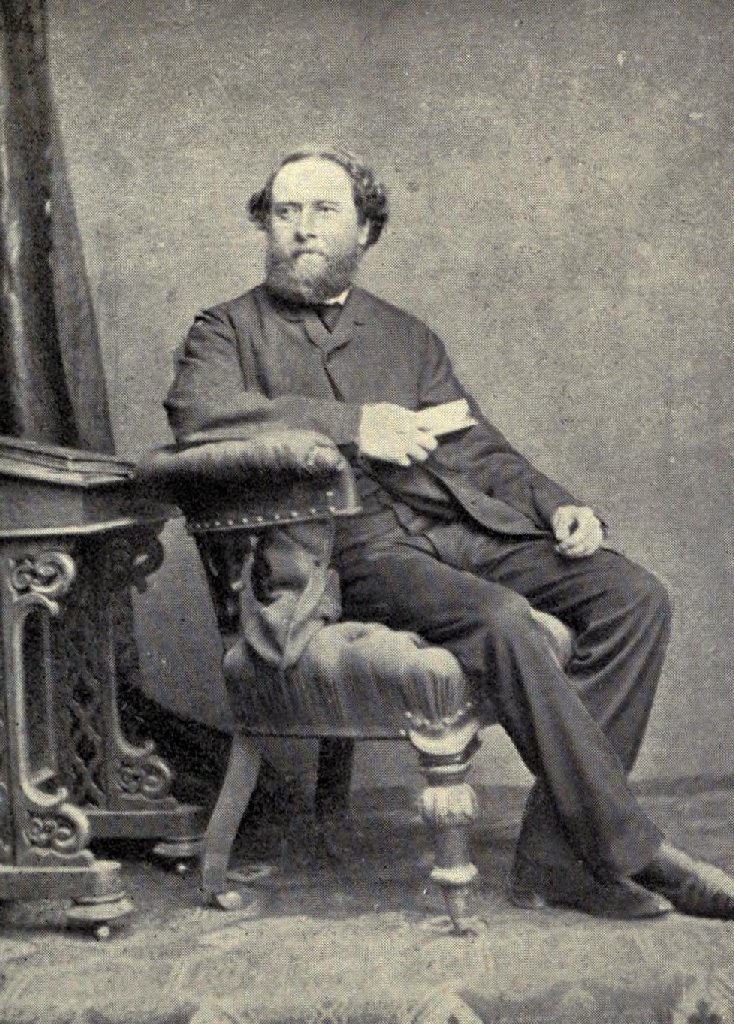 Marston's great title to distinction is that of having long been the chief upholder of the poetical drama on the English stage. He appeared to be a better critic than a poet or a playwright.

Richard Garnett described him as ‘somewhat enigmatic; his fluency and bonhomie concealed a deep reserve, …. he seemed to oscillate between the mystic and the man of the world; and, though he was entirely unassuming, something theatrical seemed to cling to all he said and did.’

In 1863 he received the degree of LL.D. from the university of Glasgow. A collection of his dramatic works, with an appendix of poems, was edited by himself in 1876.

Marston became acquainted with Heraud, Francis Barham, and other members of the mystical group which at that time gathered around James Pierrepont Greaves, he contributed to Heraud's magazine ‘The Sunbeam,’ and upon obtaining release from his articles, himself became editor of a mystical periodical entitled ‘The Psyche.’ 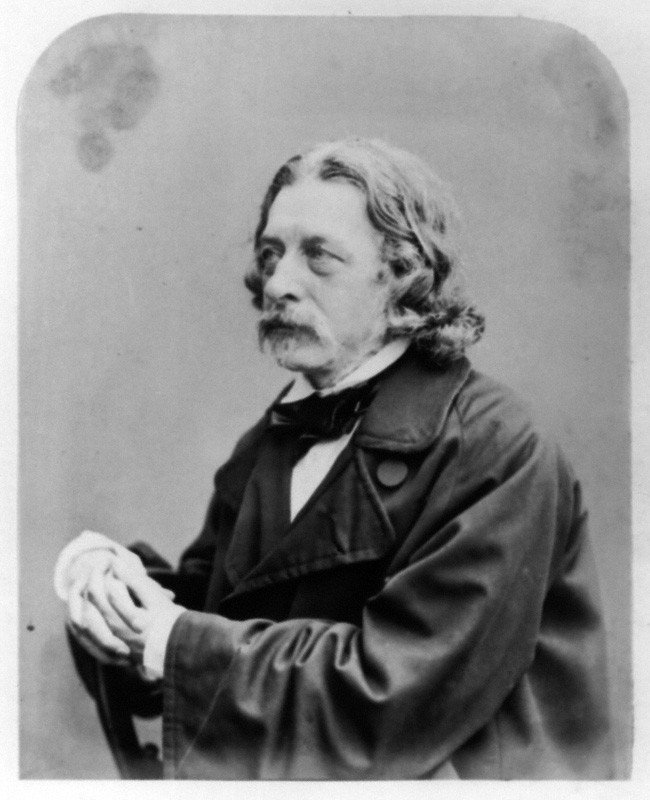 Among its chief supporters were some wealthy ladies near Cheltenham, always ready to equip missionaries in the cause, and on their liberality Marston, who had given up the profession of law without fully adopting the profession of literature, for a time depended.

It was through ‘the wealthy ladies near Cheltenham’, that he made the acquaintance of Eleanor Jane Potts, eldest daughter of the proprietor of ‘Saunders's News Letter,’ who had retired to Cheltenham. A ‘warm and durable attachment on both sides’ was the consequence, which resulted in marriage in May 1840, notwithstanding the strongest opposition on the part of the lady's family.

And from there it looked as though all was going to be fated with happiness.  Dr. Westland Marston was an accomplished man - a happy man.  He became a poet and playwright, he had a charming wife, and eventually two talented daughters, and a son who was also a sensitive and gifted poet. The family's mansion in London was a literary salon, frequented by such distinguished guests as Robert Browning, William Thackeray, and other literary lights of the mid-nineteenth century. The house in Regent's Park was a place of continual excitement and activity. 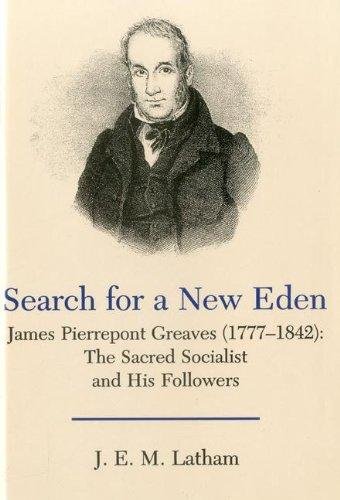 Yet Dr. Marston was fated to end his days alone in the house - every other member of his family dead.

He heard the prophecy in 1871 and he tried to forget it, but through the years it haunted him as each one of the family left for his ‘appointment in Samarra’.  The prophecy came in a dream to his daughter Cicely.

The observation describes this prophecy and its outcome.

MARSTON, JOHN WESTLAND (1819–1890), dramatic poet, born at Boston, Lincolnshire, on 30 Jan. 1819, was son of the Rev. Stephen Marston, minister of a baptist congregation in the town. In 1834 he was articled to his maternal uncle, a London solicitor; but although he was not inattentive to the duties of the office and obtained a fair knowledge of law, literature and the theatre had much greater attractions for him. …. 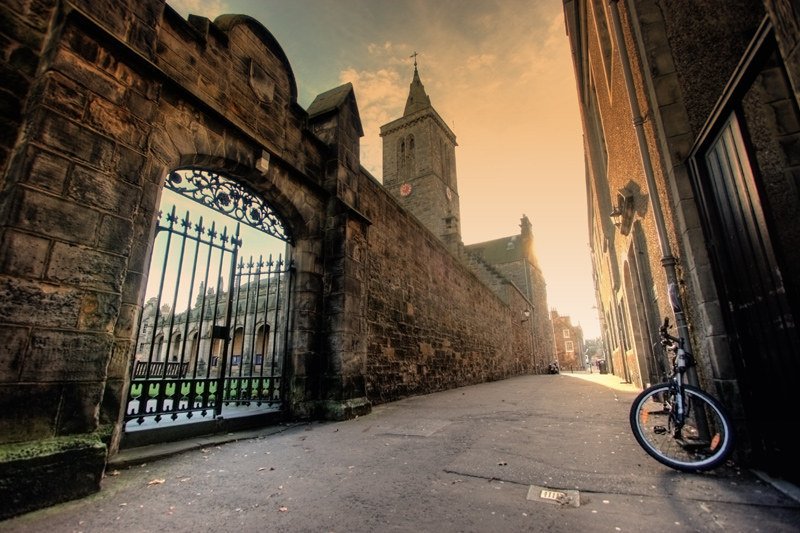 After his marriage Marston lived entirely in London, except for occasional visits to France and short lecturing tours in Scotland and Lancashire. He had become well known in London literary society, especially to Dickens and his circle, and had taken a part in Bulwer's comedy of ‘Not so bad as we seem,’ acted for the benefit of the Guild of Literature and Art. …

From 1860 to about 1874 Marston's circumstances were prosperous, and his house near the Regent's Park was a favourite meeting-place for poets, actors, and literary men. The latter years of his life were clouded by calamity, especially the successive deaths of his wife in 1870, of his two daughters, Eleanor, wife of Arthur O'Shaughnessy [q. v.], in February 1879, and Cicely in July 1878, and of his gifted and only son, Philip Bourke Marston [q. v.]

His circumstances also became much impaired; but his friend Mr. Henry Irving generously organised (1 June 1887) a special performance of 'Werner' for his benefit at the Lyceum Theatre. The full receipts, amounting to 928l. 16s., were paid to Marston; all the expenses being borne by Mr. Irving.

Marston died at his lodgings in the Euston Road, 5 Jan. 1890, after a long illness, and was interred with his wife and children in Highgate cemetery. 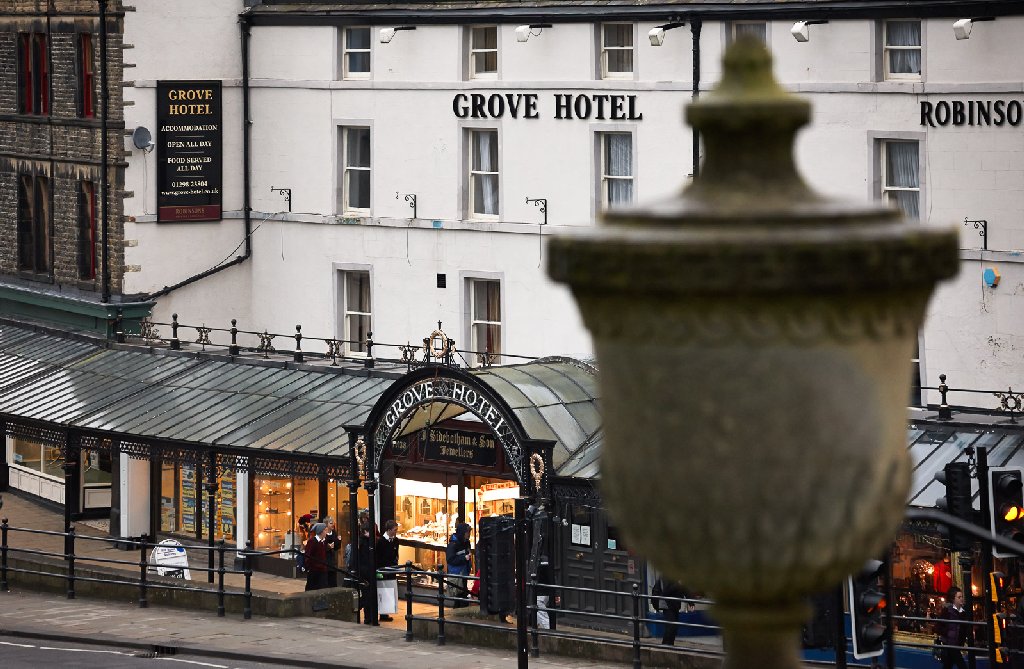 The overall impression one gets from this description of Marston was that he was a technically accomplished, but not entirely successful writer, being somewhat lacking in inspiration:

Marston idealised and inverted his love story [for Eleanor Jane Potts] in his first play, the ‘Patrician's Daughter’ (1841, 8vo), performed in December 1842. Being brought out by Macready, and accompanied with a prologue by Dickens, this drama, though not an entire success on the stage, obtained a notoriety not altogether gratifying to the author, who would have wished his name to be more intimately associated with his maturer productions. It represents a mission to which he for some time devoted himself—the elevation of ordinary nineteenth-century life to a pitch of feeling at which heroic blank verse seems the only adequate dramatic vehicle. The ‘Patrician's Daughter’ has much literary merit, but the unreasonable, not to say revolting, conduct of the hero must always prevent its being a favourite play. Marston had already produced a little volume entitled ‘Gerald, a Dramatic Poem, and other Poems’ (1842, 12mo), respectable, like everything he wrote, but betraying much less influence from the muse than from his friend the author of ‘Festus.’ 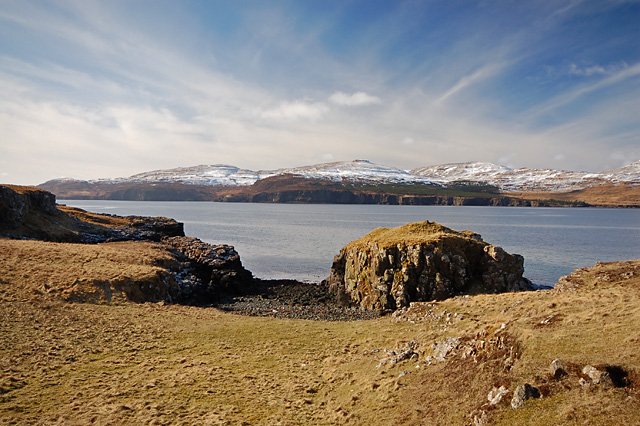 Bulwer and Knowles had ceased to write, and for many years Marston was almost the only acted dramatist who wrought with any elevation of purpose.

‘The Heart and the World’ (1847) was a failure, but in 1849 Marston, laying his theories aside for a time, appeared with an historical drama, ‘Strathmore,’ which obtained great success, and which he himself regarded as his best work. It has fine literary qualities, although the author's inability to think himself into the age he exhibits constitutes a grave defect. The same may be said of ‘Philip of France’ and ‘Marie de Méranie’ (1850), ‘a stirring tragedy, of which the verse has an appropriate martial ring,’ and in which Helen Faucit produced a great impression. It is based to some extent on G. P. R. James's novel ‘Philip Augustus.’

In the interim (1852) had appeared ‘Anne Blake,’ another domestic drama, clever, but marred by such situations and dénouements as only occur on the stage. In ‘A Life's Ransom’ (1857) the domestic and historical elements are in some measure blended, the action being laid at the revolution of 1688. Such a piece might be easily produced by a man of Marston's literary ability, but his next tragi-comedy, ‘A Hard Struggle’ (1858), required genuine feeling in the author and great command over the resources of the stage. Being written in prose, it produces a greater impression of reality than his more ambitious efforts; it drew tears and enthusiastic praise from Dickens, and obtained a greater success than any of his pieces, owing in part to the powerful acting of Dillon.

In 1837 Marston undertook the editorship of the ‘National Magazine’ in conjunction with John Saunders. The early numbers had excellent contributions from Sydney Dobell, Mrs. Crowe, and other writers of mark, and illustrations after young artists of genius like Arthur Hughes and W. L. Windus, and with adequate capital the enterprise would probably have succeeded. 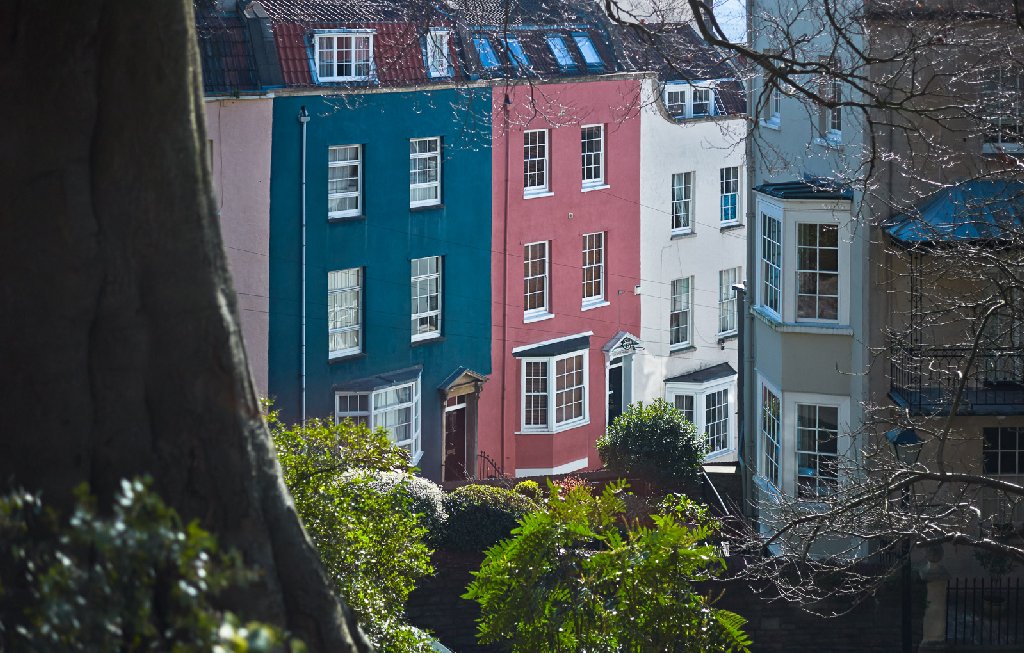 Relinquishing it, and also renouncing vain attempts in fiction, for which, strangely enough, he did not appear to possess the slightest qualification, Marston returned to the theatre, and produced successively ‘The Wife's Portrait’ (1862) and ‘Pure Gold’ (1863), prose dramas of little account; ‘Donna Diana’ (1863), the best of all his plays, but mainly taken from Moreto's masterpiece, ‘El Desden con el Desden;’ and ‘The Favourite of Fortune’ (1866), a play of sufficient merit to have kept the stage if it had not been expressly written for an actor of such marked individuality as Sothern. It achieved a conspicuous success upon its production. The same remark applies to ‘A Hero of Romance,’ adapted from Octave Feuillet in 1867, and ‘Life for Life’ (1869), written for Miss Neilson. ‘Broken Spells’ followed in 1873, but with his last play, ‘Under Fire’ (1885), he experienced a mortifying failure. The piece was the weakest he ever wrote, and he had entirely lost touch with the time.

From about 1863 Marston contributed much poetical criticism to the ‘Athenæum.’ The celebrated review of ‘Atalanta in Calydon’ was written by him. Criticism, indeed, seemed rather his forte than original composition. His theoretical knowledge of the histrionic art was also profound; but though he showed little disposition to cultivate it practically, he was an excellent mimic, and Miss Neilson, like many other actors and actresses, owed much to his tuition. No one judged an actor more accurately, and the admonitions of few were more valuable. He proved his power as a critic of acting in his ‘Our Recent Actors: Recollections of late distinguished Performers of both Sexes,' 2 vols. 1888. 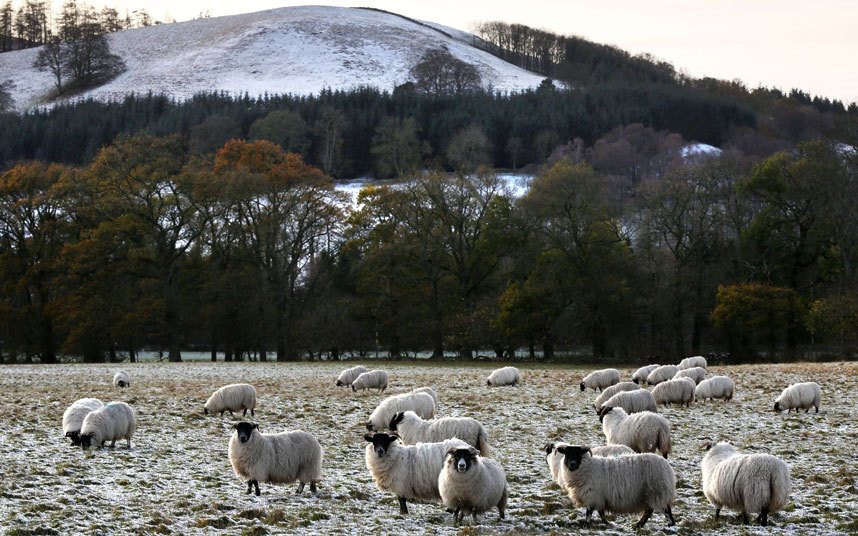