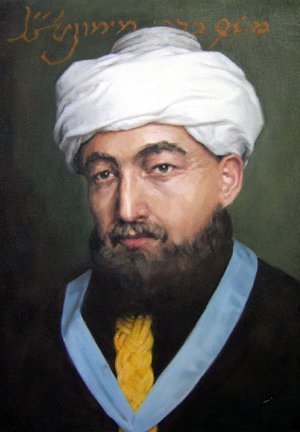 Mosheh ben Maimon, called Moses Maimonides  was a medieval Jewish theologian, rabbi, lawyer and physician and one of the most prolific Torah scholars and physicians of the Middle Ages. He was born in Cordoba in the Almoravid Empire (present-day Spain) in 1135.

He is a pure theologian with no spiritual leanings at all, he had no spiritual experiences, did not approve of those who did, and in some cases recommended punishment of them.  The reason he is here on this site is because he is a good source on Judaism and he recorded some quite useful beliefs in others.  He wrote a number of influential treatises on halachah (Rabbinic law).  It should help I hope to explain how Jewish law was evolved.

Maimonides's Mishneh Torah, for example,  is considered by traditionalist Jews even today as one of the chief authoritative codifications of Jewish law and ethics.  In his commentary on the Mishnah (tractate Sanhedrin, chapter 10), Maimonides formulates his "13 principles of faith". These were his own invention.  They summarized what he viewed as the required beliefs of Judaism:

From this I think you can see he was reinforcing Judaism as a religion with its beliefs.  Maimonides compiled the principles from various Talmudic sources. None of this was based on spiritual experience or even inspiration.  These principles were – needless to say -  controversial when first proposed, evoking considerable criticism and hostility. 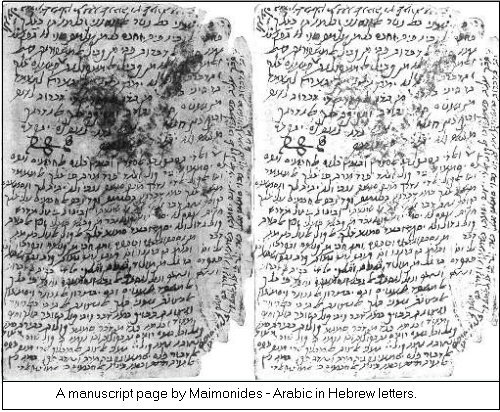 He also tried to reconcile Aristotelian [not Plato]  and Biblical beliefs [called  Maimonides's Aristotelianism] producing a result that “undercut traditionalist belief and observance, giving rise to an intellectual controversy in Spanish and southern French Jewish circles” The intensity of debate even spurred the Catholic Church to intervene against "heresy" and resulted in confiscation of Rabbinic texts.  So this is a lawyer attempting to reconcile lawyer [Aristotle] with Judaic law. Here is a bit more about him

At an early age, he developed an interest in the exact sciences and philosophy. He read those Greek philosophers accessible in Arabic translations, and was deeply immersed in the sciences and learning of Islamic culture. Though the Gaonic tradition, especially in its North African version, formed the basis of his legal thought, some scholars have argued recently that Muslim law, including Almohad legal thought, also had a substantial impact.

Maimonides did not support mysticism. He voiced opposition to poetry, the best of which he declared as false, since it was founded on pure invention.

His family was forced to escape when the Jews started to be persecuted, in part because of his work.  He was subject to a forced conversion, later ruled legally invalid by Islamic law when brought up by a rival in Egypt. He eventually settled in Fes in Morocco.  Following this time in Morocco, together with two sons, he settled in Fostat, Egypt around 1168.

His brother David drowned at sea sometime between 1169–1170 taking most of Maimonades money [intended to be used to trade] with him. The death of his brother ‘caused Maimonides to become sick with grief’. In a letter discovered in the Cairo Geniza, he later explained:

The greatest misfortune that has befallen me during my entire life—worse than anything else—was the demise of my brother, … who drowned in the Indian sea, carrying much money belonging to me, him, and to others, and left with me a little daughter and a widow. On the day I received that terrible news I fell ill and remained in bed for about a year, suffering from a sore boil, fever, and depression, and was almost given up. About eight years have passed, but I am still mourning and unable to accept consolation.

With the loss of the family funds tied up in David's business venture, Maimonides became a physician, where he was appointed court physician to the Grand Vizier Al Qadi al Fadil, then to Sultan Saladin, after whose death he remained a physician to the royal family.