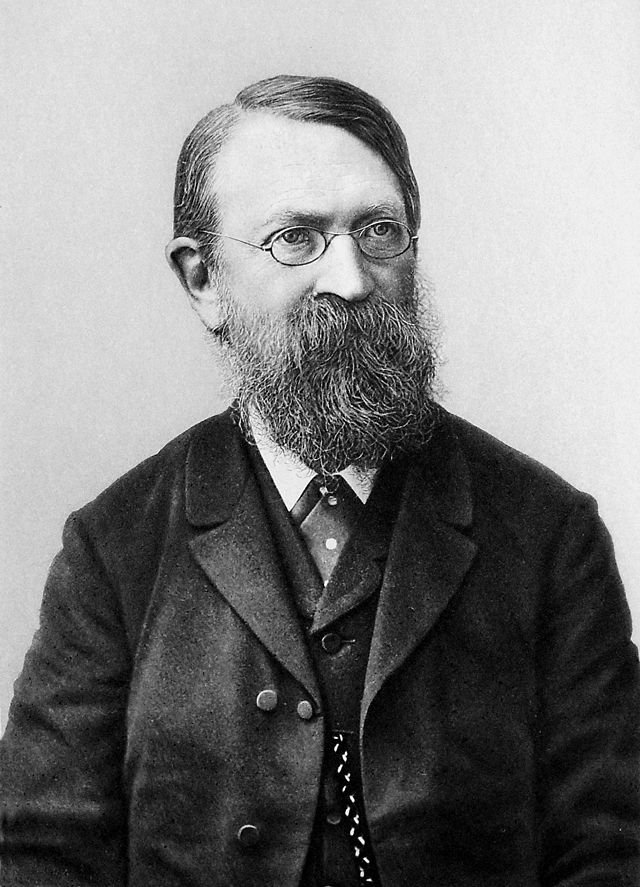 Ernst Waldfried Josef Wenzel Mach (February 18, 1838 – February 19, 1916) was a physicist and philosopher, noted for his contributions to physics such as the Mach number and the study of shock waves.

Mach was born in Brno-Chrlice, Moravia, which was then in the Austrian empire, and is now part of Brno in the Czech Republic.

He benefited from being schooled at home until he was 14, after which he entered a Gymnasium in Kroměříž , where he studied for three years. In 1855 he became a student at the University of Vienna. There he studied physics and for one semester medical physiology, receiving his doctorate in physics in 1860.  From 1867, he was the chair of Experimental Physics at the Charles University, Prague, where he stayed for 28 years.  From 1895 to 1901, Mach held the chair for "the history and philosophy of the inductive sciences" at the University of Vienna.

Mach was one of the first to reject the notion of absolute space and time in favour of relative motion.  His ideas paved the way for Einstein who cited the 'Mach principle' as one of the three principles underlying general relativity. In 1930, Einstein stated that "it is justified to consider Mach as the precursor of the general theory of relativity".

Ernst Mach’s photography of a bow shockwave
around a supersonic bullet, in 1888.

Mach also described and photographed spark shock-waves and then ballistic shock-waves. He described how, when a bullet or shell moved faster than the speed of sound, it created a compression of air in front of it. Using schlieren photography, he and his son Ludwig were able to photograph the shadows of the invisible shock waves.  Mach deduced and experimentally confirmed the existence of a shock wave which has the form of a cone with the projectile at the apex. The ratio of the speed of projectile to the speed of sound vp/vs is now called the Mach number. It plays a crucial role in aerodynamics and hydrodynamics.

Mach also made many contributions to psychology and physiology, including his anticipation of gestalt phenomena, his discovery of the oblique effect and of Mach bands, an inhibition-influenced type of visual illusion.

He also made important advances in the understanding of how our 5 senses work.  Mach realised that what we observe may not be what is actually 'out there'.  That our 5 senses and our perceptions are functions that process signals [much like a computer does] and that it might be helpful to try to model these processes as mathematical functions.  Today we would call this simulation and we have the computer languages to help with this, but for his day, Mach's insight was extraordinary and had a marked influence on later research on this. 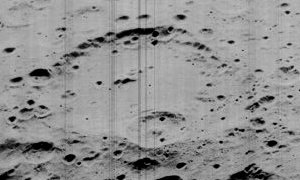 Oblique view of the Mach (crater), on the far side of the moon,
named in honour of Mach himself

In 1873, but independently of each other,  Mach and the physiologist and physician Josef Breuer discovered how the sense of balance functions, tracing it to information which the brain receives from the movement of a fluid in the semicircular canals of the inner ear. That the sense of balance depended on the three semicircular canals was discovered in 1870 by the physiologist Friedrich Goltz, but Goltz didn't discover how the balance-sensing apparatus functioned.

It should be clear that Mach's view of the universe was functional not physical, so the big question then becomes why?  Despite his Catholic background, Mach later became an 'atheist' - in the sense of not believing in the Christian concept of God -  and became more and more interested in Buddhism.  And it is here we have the answer.  Although he advocated an approach to science based on observation and measurement where possible, he was also deeply aware of the spiritual basis of the universe, even to the point of rejecting the idea of a physical atom and hinting at the existence of a spirit based one.  In this, he was not understood at all, as most of his contemporaries had no concept of spirit. He is famously quoted, after an 1897 lecture by Ludwig Boltzmann at the Imperial Academy of Science in Vienna as saying: "I don't believe that atoms exist!" but which sort of atoms did he mean?  He certainly did not believe in physical atoms, he was a philosopher more than a physicist with an eye on Plato.

In 1898, Mach suffered from cardiac arrest and in 1901, he retired from the University of Vienna. On leaving Vienna in 1913 he moved to his son's home in Vaterstetten, near Munich, where he continued writing and corresponding until his death in 1916.