Ming dynasty 'portrait', showing the sword
with its point downward - like a cross

Lü Dongbin (Chinese: 呂洞賓; Wade–Giles: Lü Tung-Pin) - born 796 AD and also called Lü Yán, was a Tang Dynasty Chinese mystic and sage who was one of the Eight Immortals. He is, needless to say, greatly revered in Chinese society and in some cases worshipped, especially by the Taoists.

As a person,  Lü is usually portrayed as a wise man with a genuine desire to help people obtain wisdom/enlightenment and to follow the Tao – the Great Work. But he is also portrayed with endearingly human traits, although the references to ‘drunkenness’ are symbolic and not literal – he imbibed ‘wine’ – yet another symbol to represent Spirit Input.

Numerous proverbs have sprung up around him emphasising his compassion and kindness.

Born in Jingzhao Prefecture (京兆府 Jīngzhào Fŭ), his given name was Lü Yán, with Yán (巖 or 岩 or 喦) being the given name. Dòngbīn was his courtesy name. He is called Master Pure-Yang (純陽子 Chunyang Zi), and is also called Lü the Progenitor (呂祖 lü zŭ) by some Taoists, especially those of the Quanzhen School. He was mentioned in the official history book History of Song.

Lü is widely considered to be one of the earliest masters of the tradition of neidan, or ‘internal alchemy’. He is depicted in art as being dressed as a sage and he often bears a sword on his back – which is both a general and alchemical symbol.  Lü was a prolific poet, his works were collected in the Quan Tangshi (Complete Tang poetry), but perhaps equally important is that, according to Richard Wilhelm, Lü was the founder of the School of the Golden Elixir of Life (Jin Dan Jiao), and originator of the material presented in the book "Tai Yi Jin Hua Zong Zhi" (《太一金華宗旨》), or The Secret of the Golden Flower – also on the site and a key Taoist text.

According to Daoist legend, he is the founder of the internal martial arts style called "Eight Immortals Sword" (八仙剑), considered to be one of the martial treasures of Wudangshan.  The sword is the spine and usually via the long sword and the short sword one obtains a kundalini experience.

One of most popular of Lü Dongbin's legends is his encounter with a High Priestess [incorrectly called a courtesan in translated literature] named White Peony (Bai Mudan).  The most popular version of the story comes from Wu Yuantai’s  Journey to the East (Dong You Ji).

It is said that the immortal Lü Dongbin was greatly attracted to one of Luo Yang's most beautiful courtesans, White Peony. Lü Dongbin slept with her many times but never ejaculated, because he didn’t want to lose his Yang essence. Unfortunately Lu’s immortal colleague Iron-Crutch Li and He Xiangu taught Mudan how to make him ejaculate by tickling his groin. Finally White Peony successfully made Lü Dongbin ejaculate and absorbed his Yang essence. Later she cultivated herself and became immortal too.

In legend, he was launched onto the spiritual path by a dream – the Yellow Millet Dream:

From Wikipedia – The Yellow Millet Dream 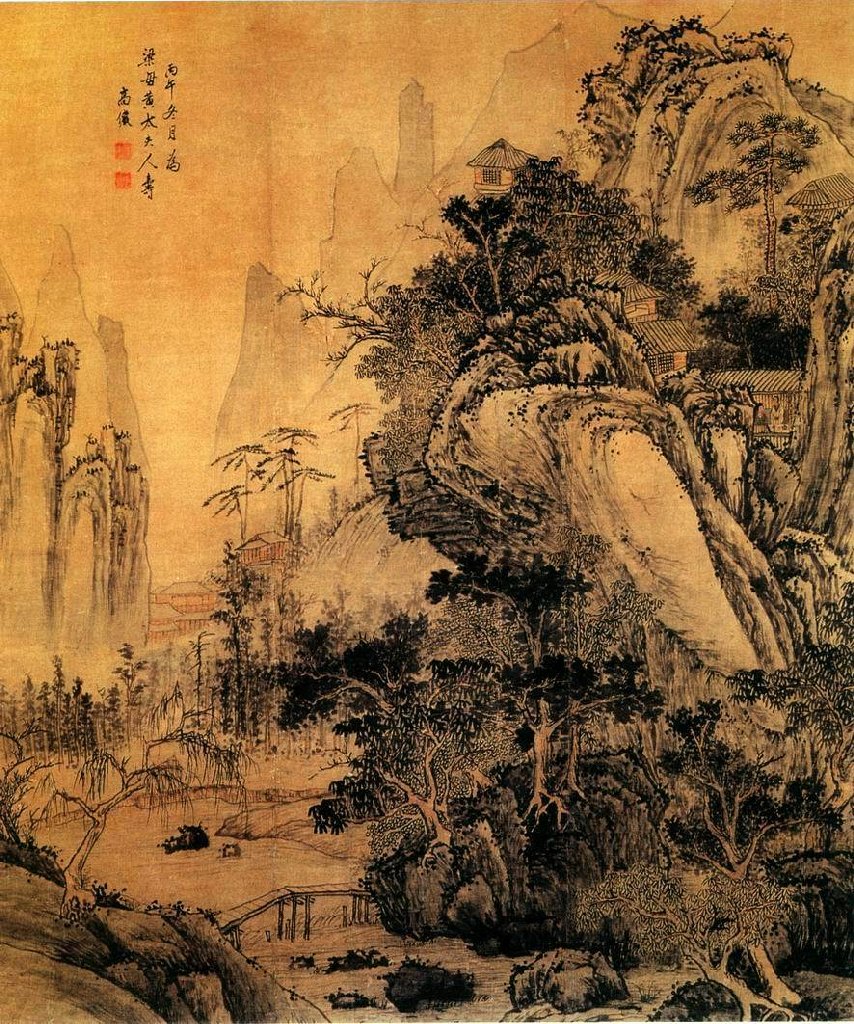 The legend has it that one night when Lü Yan was in Chang'an or Handan, he dozed off as his yellow millet was cooking in a hotel. He dreamed that he took the imperial exam and excelled, and thus was awarded a prestigious office and soon promoted to the position of vice minister (侍郎 shìláng). He then married the daughter of a prosperous household and had a son and a daughter. He was promoted again and again, and finally became the prime minister. However, his success and luck attracted jealousy of others, so he was accused of crimes that caused him to lose his office. His wife then betrayed him, his children were killed by bandits, and he lost all his wealth. As he was dying on the street in the dream, he woke up.

Although in the dream, eighteen years had passed, the whole dream actually happened in the time it took his millet to cook. The characters from his dream were actually played by Zhongli Quan in order to make him realize that one should not put too much importance on transient glory and success.

As a result, Lü went with Zhongli to discover and cultivate the Tao. This dream is known as "Dream of the Yellow Millet" (黃粱夢 Huáng Liáng Mèng) and is described in a writing compiled by Ma Zhiyuan of the Yuan Dynasty. 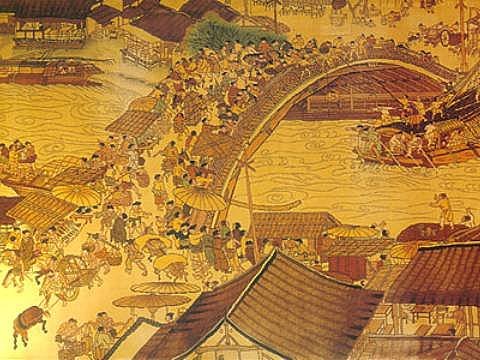 He became a disciple of Zhongli Quan and was tested for some time before he was finally accepted as a pupil.  Many of the legendary stories about him emphasise his ability to forgive, his patience, and his ability to “turn the other cheek”.

For example “On the first day of lunar calendar, Lü met with a beggar, after giving him some money, the beggar kept asking for more and threw vulgar words at him, Lü left the scene with a smile”.

It is worth noting that some of the translations of his exploits and the repeated retelling seem to have resulted in a loss of meaning in the tales that are told.  The phrase above 'on the first day of the lunar calendar' probably has symbolic meaning and relates to the spiritual path and its 'hours'.  The first 'days' are always days of judgement - tests of suitability of a candidate...........

Furthermore, given the types of test, although he may have obtained spiritual experiences via the sexual methods, it is clear that he also used the methods which are inherent and a key part of  Contemplation and detachment notably:

There are also legends about his courage and also his honesty:

Lü was once a shepherd; during his tenure a hungry tiger was eyeing to snatch the goats under his care. Lü protected the goats by sending them down to the hillside and stood in front of the Tiger, the hungry tiger was at awe to see this and left the place without hurting Lü.
Lü bought some bronze utensils at a market and upon returning to home, he realized all the utensils were gold made and he immediately returned to the seller.


If we look at the spiritual path, it is quite usual for ‘tests’ to be set at the early stages to ensure the initiate is a fit candidate to proceed, as such these stories could be symbolic legends designed to demonstrate the sorts of tests which might be set, or they may indeed be actual tests.  Whether real or not, Master Zhongli was ‘very satisfied and happy’ to take Lü on as a pupil and the two of them journeyed to Nan San Her Ling to complete the next stage where the secrets of the spiritual world were imparted to him. The "Zhong-Lü Golden Dan" school of Taoism is supposed to be based on the teachings he received.

Although 'immortal' these days is taken literally, the original implication of the word Immortal is that he became a ‘god’ – achieved the final stages of the spiritual path, which makes him a very special mystic.  There are no records as to when he died [Immortals do die - they just do not reincarnate].

His memory and name lives on in numerous temples, festivals, schools, clinics and charitable organisations.

There is one work attributed to him which has been used on the site,  Bai Zi Bei: The Hundred Character Tablet, a short classic on meditation and immortality attributed to Lü Dongbin.  The quote used, however, relates directly to Qigong and is thus to be found under this heading.