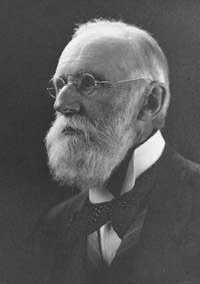 John Arthur Godley, 1st Baron Kilbracken, GCB (17 June 1847 – 27 June 1932) was a British civil servant and the longest serving, and probably the most influential, Permanent Under-Secretary of State for India.

He was the only son of John Robert Godley (29 May 1814 – 17 November 1861) an Irish statesman and bureaucrat. Godley is considered to be the founder of Canterbury, New Zealand, and was actually born in Dublin. His father in turn was an Anglo-Irish landlord with country estates in County Leitrim and County Meath in Ireland.  The purpose of providing this rather lengthy family tree is to show that Lord Kilbracken was essentially Irish with a Celtic heritage.

Having studied at Radley, Rugby, and Balliol College, Oxford (where he won the Gaisford Prize for Greek Verse), Godley’s first important role was acting as Assistant Private Secretary to William Ewart Gladstone, then Prime Minister, during the years 1872 to 1874. He was elected a fellow of Hertford College, Oxford for the period 1874 to 1881. In 1880 Godley was appointed Commissioner for Inland Revenue, a position he held till 1882. Appointed Under-Secretary of State at the India Office in 1883, he remained there for 26 years, retiring in 1909.

On 8 December 1909 he was raised to the peerage as Baron Kilbracken, of Killegar in the County of Leitrim. His autobiography, Reminiscences of Lord Kilbracken, was published in 1931, the year before he died.

Why is he on the site?  He found he could prophecy.