The purpose-built Andrew Logan Museum of Sculpture, at Berriew in the Welsh Marches, now houses much of his sculpture and painting. It is the nation's only museum devoted to a living artist. His work is also in numerous museums and private collections around the world.

He has exhibited extensively and has had a major retrospective of his work at the Museum of Modern Art, Oxford. He has also had his work shown or commissioned in Saint Petersburg in Russia, Lithuania, India, Beverly Hills in Los Angeles, Mexico, the American Visionary Art Museum in Baltimore, the Flower East Gallery in London, the Victoria & Albert Museum, the Hayward Gallery, Bonhams, the National Portrait Gallery, Sotheby in London, the Royal Academy of Arts, and Somerset House.

Andrew was born in Witney, Oxfordshire, in the UK and was educated as an architect at the Oxford School of Architecture, graduating in 1970. 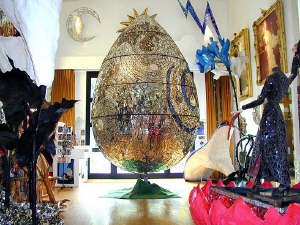 At the age of 14, I inherited from my brother my first job as a window cleaner. I went on to study architecture at Oxford. In my third year I travelled to North America, where I worked in an architect’s office in Winnipeg. After that I took a whirlwind trip around the United States by Greyhound, living in Hollywood with a relative, then visiting Haight-Ashbury. By this time, however, the purity of the hippy movement was fast disappearing. Returning to Oxford to finish my degree, I created an art installation in my own living room. This led to an invitation to participate in an exhibition at the Institute of Contemporary Arts in London. Thus began a life of artistic adventures. I started taking classes and workshops at the 4011/2 craft workshops that were set up by Michael Haynes in the early 1970s. Renowned artist Anthony Redmile taught me the techniques involved with resin, which I have evolved over the years. My work with resin, combined with my obsession with mirrors, forms the basis of most of my work. 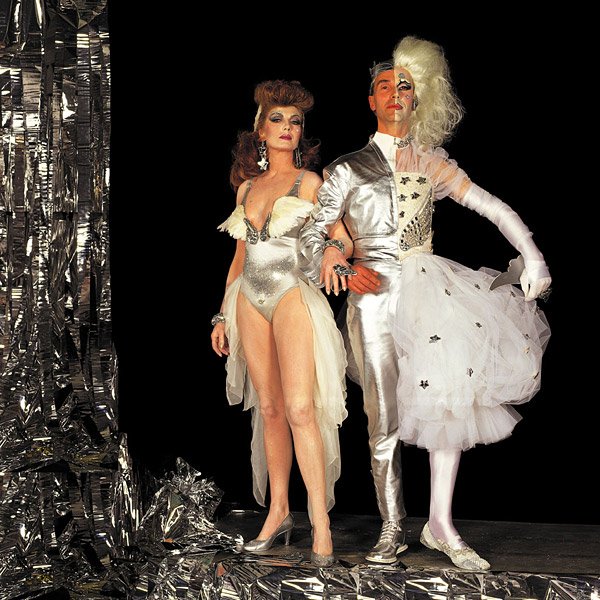 As the founder of the Alternative Miss World in 1972, he became a key figure in London's cultural and fashion life. It continues to run.  In 2004, for example,  Andrew’s eleventh Alternative Miss World contest was held at the Hippodrome in London.  His studios were also where Malcolm McLaren and Vivienne Westwood staged the notorious "Valentine's Ball" in 1976, at which the Sex Pistols first came to media attention.

He has both collaborated with and influenced a number of designers, artists and film makers including Zandra Rhodes, a lifelong friend.  He collaborated with Zandra on The Big Picture Frame at the V&A Museum of Childhood in Bethnal Green.  He has also worked with film-maker Derek Jarman, whose early film-making work documented the social scene around Andrew Logan and his studios at Butler's Wharf, London.  He has collaborated on jewellery with Emmanuel Ungaro in Paris. 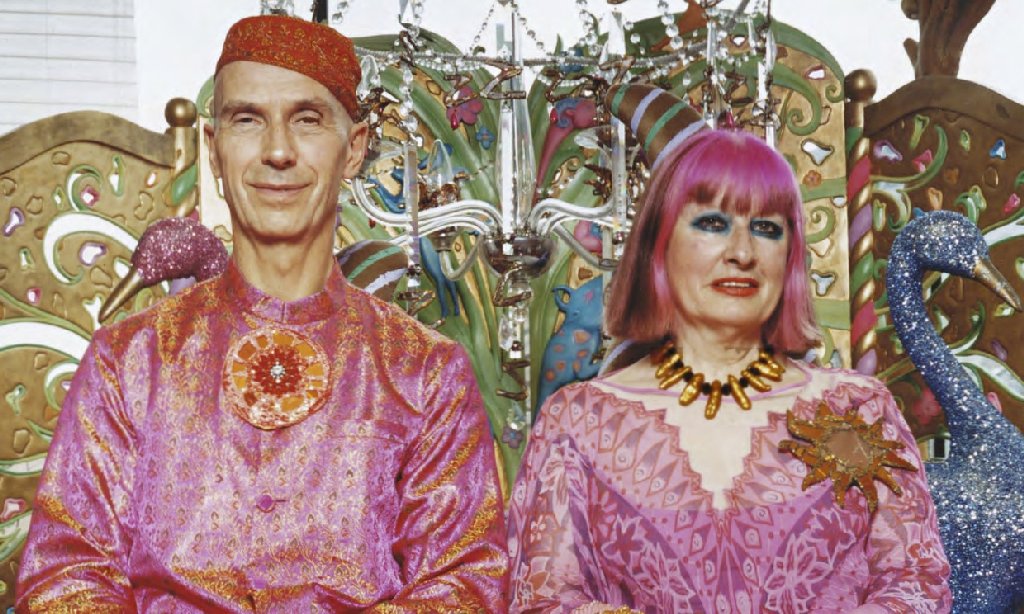 His work has a very oriental edge to it and is vaguely ethereal with an other worldly quality about it.  He created jewelled mirrored sculptures for The Magic Flute opera in San Diego, for example.  He created two lifesize horse sculptures, Pegasus 1 and 11, which were displayed at Heathrow Airport, and one of his 'Icarus' sculpture hangs in Guy's Hospital. Another is shown below.  The P & O Superliner Arcadia commissioned him to sculpt his Cosmic Eggs (8 ft. tall), and his Mermaid Chandelier was exhibited at the American Visionary Art Museum in Baltimore, USA. 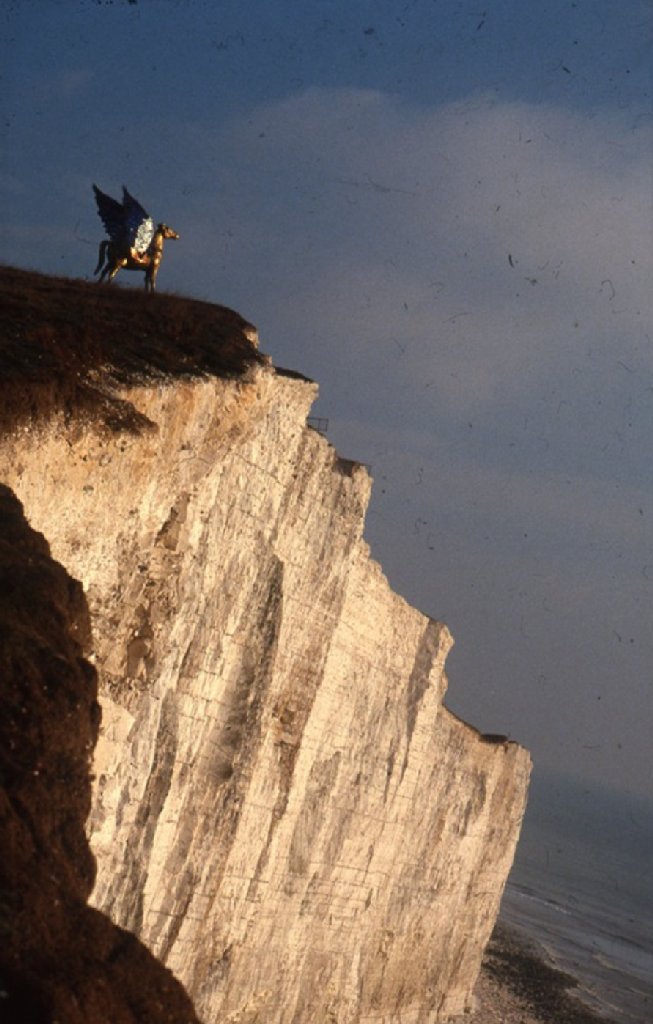 Cosmic eggs?  Pegasus? Icarus?  I think you can see that Andrew’s interest is anything but materialistic.

It may also help to know that Andrew Logan is also a qualified yoga teacher and gave a Presentation of Yoga art show in London.

In August, 2007, Andrew was invited by Comme des Garçons to participate in a collaborative design show.  At the same show was Sebastian Horsley [also on the site] and Simon had this to say about Andrew:

There was Andrew Logan, who created the Alternative Miss World, Duggie Fields the pop painter, and Michael Costiff, the set designer. And last of all, bringing up an extremely impressive rear, Rachel 2.

On the Journey I learnt that Duggie was a hypochondriac, Andrew was Zen and Michael was punky ethnic. Apparently the famous designer and wife of Adrian, Rei Kawakubo was building four different collections based on the four of us. What was I going to get?

If Andrew was Spiritual Spice, Duggie, Teddy spice and Michael Ethnic Spice, I was here as Dandy Spice. At 44 I was also baby spice. Everyone else was 60. This suited me just fine. If you want to look young and stupid hang around with old clever people…………………..

When we got to Comme Des Garcons HQ at the Place Vendome we were met by Stephen Jones, Adrian Joffe and the designer Rei Kawakubo. Rei was so slight as to be hardly visible to the naked eye and barely said a word. Stephen was like some magical child. It seemed he had decided that he didn’t want to grow up until he had exhausted all other possibilities. Adrian was calm and gentle and floated about the place like a water lily on a Chinese lagoon.

We were at the Bibliotheque National and the place was full of high up grown ups. I had never been to a fashion show let alone been in one. It was too late for all that. We were off. Michael padded down the runway smiling like a golden Labrador. Duggie was strict and went up and down as fast and straight as a bullet. Andrew floated down like a hovercraft. Bloody hell look at him! He was so into his spiritual journey that he hardly existed on a physical plane, whereas my spiritual journey revolved around going to the off-licence. 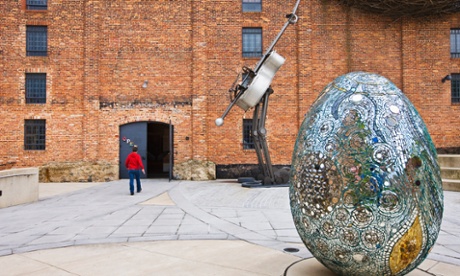 The sensibility of each man was filtered through Kawakubo’s own, so some fabrics had the washed, worn look that has become something of a CdG signature. Proportions were shrunken. And the designer’s eye for curious detail was evident in a covered button on Horsley’s tailcoat and a trompe l’oeil jeweled belt on Logan’s maharajah jacket.

It all made for a fascinating gesture on Kawakubo’s part. Though Japan’s affection for English idiosyncrasy is the stuff of fashion legend, it’s rare that you see a designer of Rei’s stature so openly and warmly acknowledging the people who inspire her. And by elevating their individuality, she encouraged the rest of us to take more fashion risks.” 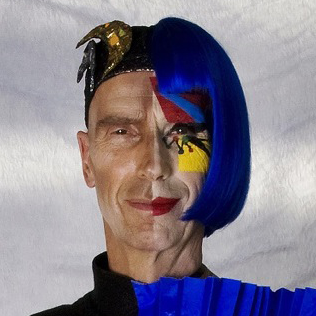 A tribute to them all.

Q What are your Passions and Interests: Parties!!

Since I was a child I have thrown parties. In 1972 I threw the first Alternative Miss World, inspired by the world’s largest dog show Crufts.

The judging is based on poise, personality and originality. Over the years, the Alternative Miss World contest has had different themes and winners, but anything goes, from director Derek Jarman dressed as Miss Crêpe Suzette to performance artist Leigh Bowery wearing nothing but a fried egg.

I have a great love for yoga, which led me to become a yoga teacher. I teach a drop-in class once a week in Zandra Rhodes’ penthouse. Another passion is travel; if I hadn’t been an artist I would have been a traveller. I love the world.

Q Thoughts on London? This is where I have lived since 1970; for me London means friends and family. I feel London is now in the grip of developers who are fuelled by greed. The face of London is quickly changing, a futuristic megatropolis is being built and the gap between the rich and poor is widening. Through all the changes the River Thames continues to flow. 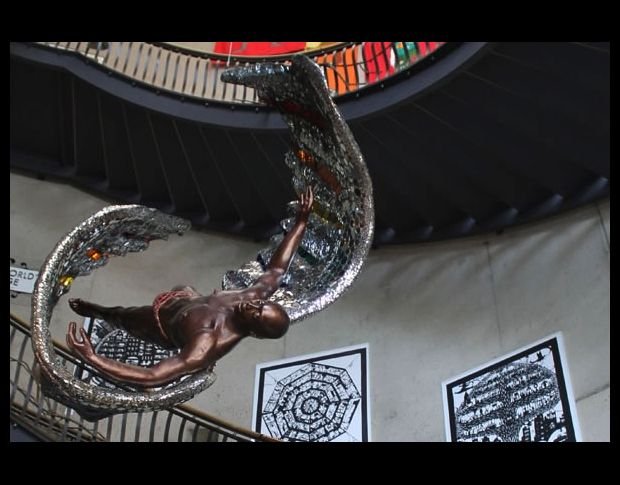