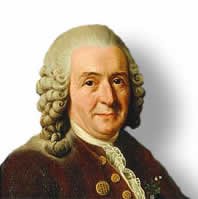 Carl Linnaeus (1707 –1778), was a Swedish botanist, physician, zoologist, poet and mystic.  He laid the foundations for the modern system of binomial nomenclature and the means by which we classify living things. He has been called  “the father of modern taxonomy”, and is also considered one of the fathers of modern ecology.

His abilities were inherited.  He came from a long line of ‘spiritual ancestors’.  His father for example was an amateur botanist, a preacher, and the curate of the small village of Stenbrohult in Småland. His mother was the daughter of the rector of Stenbrohult.

Most of his work was based on a combination of inspiration and observation.  He had no visions, no hallucinations or out of body experiences – because they would have been useless to him.  Instead, during his life he received numerous ‘flashes of inspiration’ – sudden insights into what was needed.  But he also supported this by a lifetime of observation.  He both went abroad and went on several journeys through Sweden, to find and classify plants and animals. Throughout his life, he continued to collect and classify animals, plants, and minerals, and published several volumes of books.  He also collected other very interesting data

From Death and its Mystery – Camille Flammarion

The celebrated Swedish naturalist left to his son, when he died in 1778, a manuscript of about 200 pages.  This manuscript was found in 1823, among Dr Acrel’s papers; it was given to the University of Upsal and published.

During a large part of his life Linneaus had noted, most conscientiously, occurrences which seemed to him strange and inexplicable.  There are a great number of accounts of dreams, of intuitions, of apparitions, of incidents interesting from a psychological point of view.

Linnaeus was born in Småland, in southern Sweden.  From his school days his principle interest was botany.  He remarks in his journal  “read day and night, knowing like the back of my hand, Arvidh Månsson´s Rydaholm Book of Herbs, Tillandz´s Flora Åboensis, Palmberg´s Serta Florea Suecana, Bromelii Chloros Gothica and Rudbeckii Hortus Upsaliensis”.

In 1727, Linnaeus, age 21, enrolled in Lund University in Skåne.  There, Professor Kilian Stobæus, natural scientist, physician and historian, offered Linnaeus tutoring and lodging, as well as the use of his library, which included many books about botany. In his spare time, Linnaeus explored the flora of Skåne, together with students sharing the same interests.

In August 1728, Linnaeus decided to attend Uppsala University.  In Uppsala, Linnaeus met a new benefactor, Olof Celsius, who was a professor of theology and an amateur botanist. He received Linnaeus into his home and allowed him use of his library, which was one of the richest botanical libraries in Sweden.  It interested me that during his entire life, the people who most helped him, combined botanical knowledge with spiritual knowledge – one could argue religious knowledge, but it is clear from the descriptions that theirs was not the conventional stance.  He was helped.

In April 1732, Linnaeus was awarded a grant from the Royal Society of Sciences in Uppsala to go to Lapland to study new plants, animals and possibly minerals. He also wished to meet the native Sami people.  Linnaeus began his expedition from Uppsala in May; he travelled on foot and horse, bringing with him his journal, botanical and ornithological manuscripts and sheets of paper for pressing plants. He returned after 6 months having travelled  2,000 kilometres (1,200 mi). Linnaeus described about 100 previously unidentified plants. These became the basis of his book Flora Lapponica. 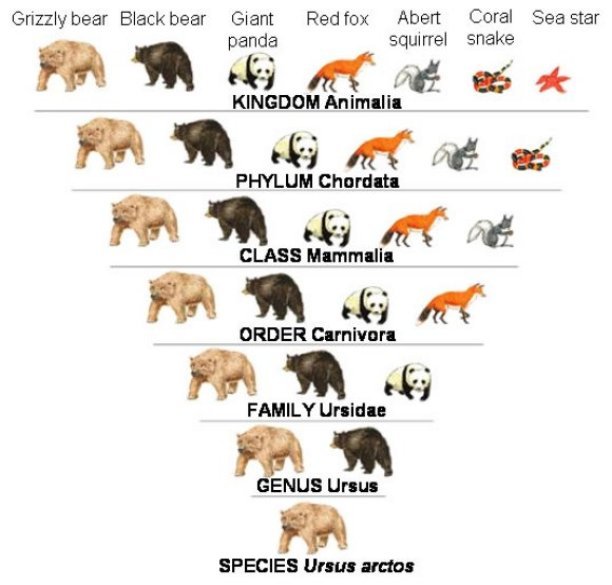 Classification of a Species.

Linnaeus did not exclude the possibility that the system could be extended to minerals and inanimate things.  In 1734, Linnaeus led a small group of students to Dalarna, which was funded by the Governor of Dalarna, and was to catalogue known natural resources [minerals] and discover new ones.  Back in Uppsala, Linnaeus also accepted an invitation from Claes Sohlberg to spend the Christmas holiday in Falun with Sohlberg's family. Sohlberg's father was a mining inspector, and let Linnaeus visit the mines near Falun.  Despite the exposure Linnaeus obtained, his system never was extended to the inanimate world.

In April 1735, Linnaeus and Sohlberg set out for the Netherlands to the University of Harderwijk.  When Linnaeus reached Harderwijk, he met a friend from Uppsala, Peter Artedi. Before their departure from Uppsala, Artedi and Linnaeus had decided should one of them die, the survivor would finish the other's work. Ten weeks later, Artedi drowned in one of the canals of Amsterdam, and his unfinished manuscript on the classification of fish was left to Linnaeus to complete.

So Linnaeus had now been shown that the system could be extended from plants to mammals and from minerals to fish.

One of the first scientists Linnaeus met in the Netherlands was Johan Frederik Gronovius to whom Linnaeus showed one of the several manuscripts he had brought with him from Sweden. When Gronovius saw it, he was very impressed, and offered to help pay for the printing. With an additional monetary contribution by the Scottish doctor Isaac Lawson, the manuscript was published as Systema Naturae. 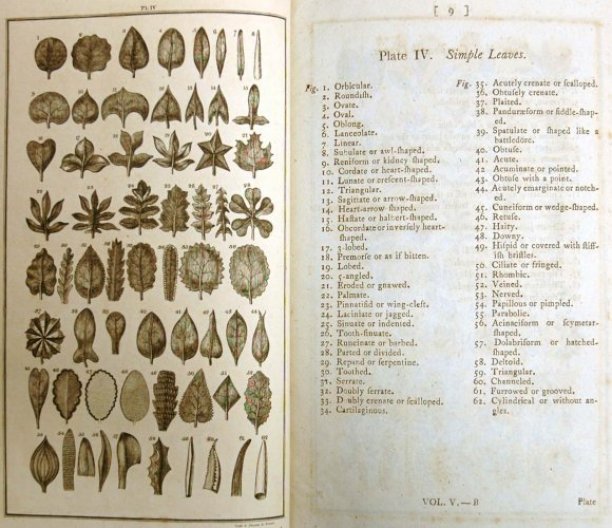 Systema Naturae is probably Linnaeus’s best known work, but on its first edition described a new system for classifying plants, not other things.  Linnaeus had actually reached the stage where he could see that all things might be classified using similar systems.

Linnaeus continued to obtain greater exposure to plants and also meet more people in other countries, meaning he and his ideas became gradually well known. On 24 September 1735, Linnaeus became the botanical curator and house physician at Hartekamp, a rich botanical garden owned by George Clifford.  There he was free to buy any book or plant he wanted.  In July 1736, Linnaeus travelled to England at Clifford's expense, met Sir Hans Sloane and visited the Chelsea Physic Garden and its keeper, Philip Miller. He taught Miller about his new system of subdividing plants, as described in Systema Naturae. Miller was impressed.  In May 1738, he set out for Sweden again. On the way home, he stayed in Paris for about a month, visiting botanists such as Antoine de Jussieu.

In 1750, aged just 43, Linnaeus became rector of Uppsala University.  Perhaps the most important contribution he made during his time at Uppsala was to teach his system and to encourage his students to help him in his observations.  Many of his students travelled to various places in the world to collect botanical samples. Linnaeus called the best of these students his "apostles". 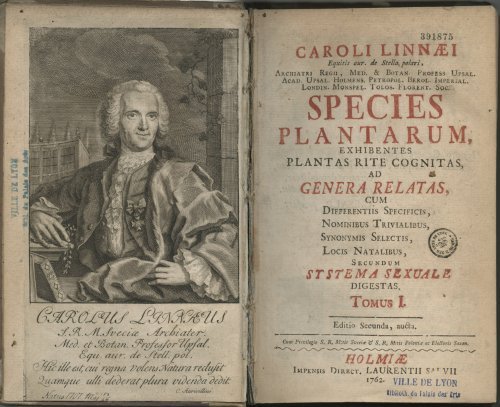 In 1758, the tenth edition Systema Naturae was released. This edition established itself as the starting point for zoological nomenclature.

By the 1760s, when he was in his fifties, his reputation had spread over the world, and he corresponded with many different people, for example, Catherine II of Russia and  Giovanni Antonio Scopoli, who sent him seeds and descriptions of species unknown to him.

Linnaeus stepped down as rector at Uppsala University in December 1772, mostly due to his declining health. Linnaeus' last years were troubled by illness.  In 1774, he had a stroke which partially paralysed him. He suffered a second stroke in 1776, losing the use of his right side and leaving him bereft of his memory. In December 1777, he had another stroke which greatly weakened him, and eventually led to his death on 10 January 1778 in Hammarby. 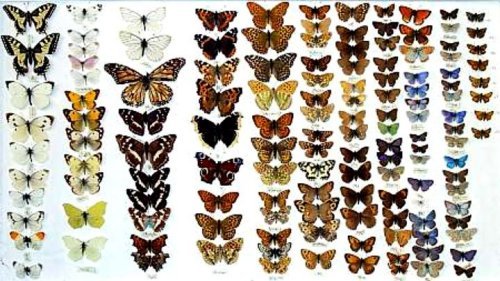 At the time of his death, he was one of the most acclaimed scientists in Europe.

Among other compliments, Linnaeus has also been called Princeps botanicorum (Prince of Botanists) and  "The Pliny of the North" .