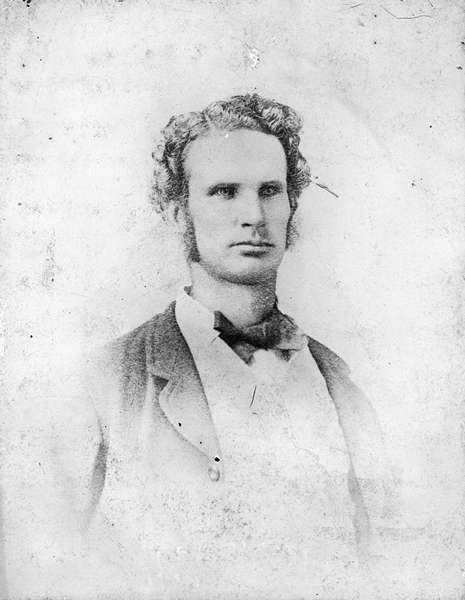 Gordon was born in Fayal in the Azores. After living on the island of Madeira, he and his parents went to England and lived in Cheltenham in 1840.  Gordon was sent to Cheltenham College in 1841 when he was only seven. He also attended the Royal Military Academy, Woolwich in 1848, where he was good at sports, but not studious and certainly undisciplined – and was asked to leave.

Gordon eventually began to lead a wild and aimless life, contracted debts, and was a great anxiety to his father, who at last decided that his son should go to Australia and make a fresh start. 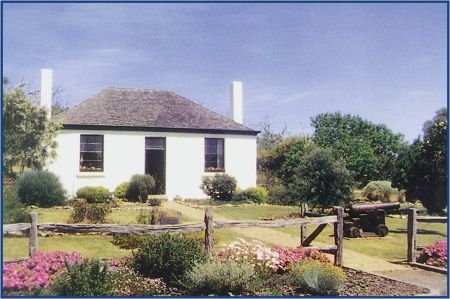 Gordon had fallen in love with Jane Bridges, a girl of 17 who was able to tell the story 60 years afterwards to his biographers. Gordon did not declare his love until he came to say good-bye to her before leaving for Australia on 7 August 1853.

With characteristic recklessness he offered to sacrifice the passage he had taken to Australia, and all his father's plans for giving him a fresh start in life, if she would tell him not to go, or promise to be his wife, or even give him some hope.

But she didn’t and though she liked the shy handsome boy and remembered him with affection to the end of a long life, Gordon left for Australia.

Gordon was just over 20 years old when he arrived in Adelaide in 1853. He immediately obtained a position in the South Australian mounted police.  In 1855, he resigned from the force and took up horse-breaking in the south-eastern district of South Australia. He started to get a reputation as a rider over hurdles, and several times either won or was placed in local hurdle races and steeplechases.  He was described as "a good steady lad and a splendid horseman". 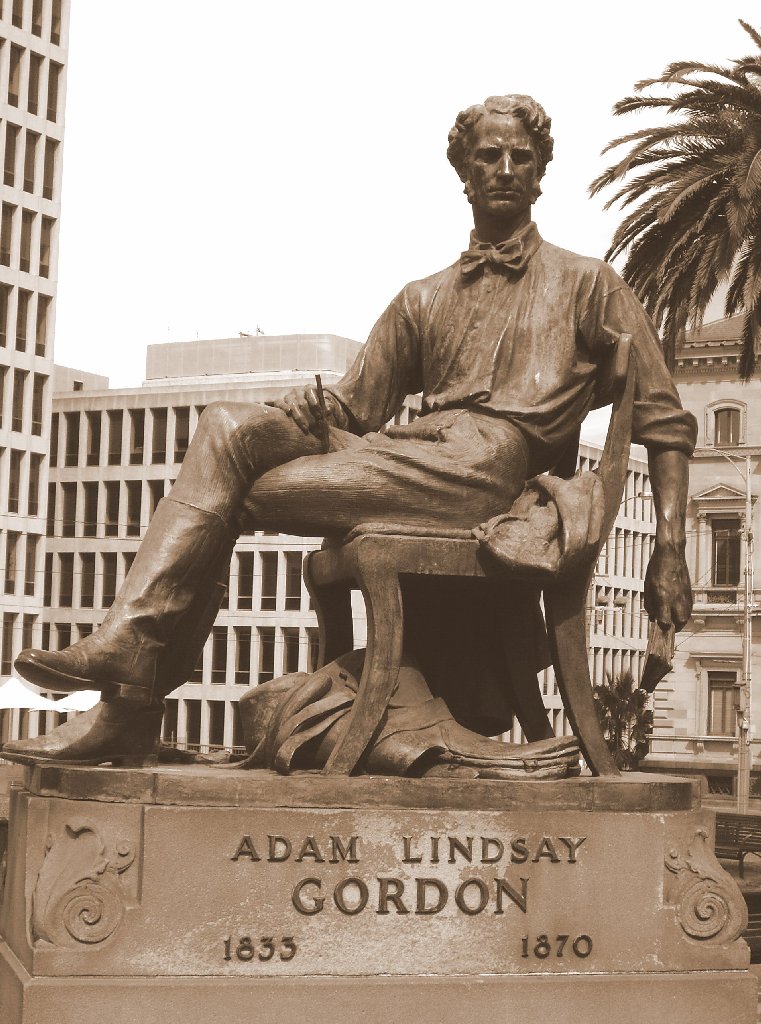 His monument in Melbourne

In 1857 he met the Rev. Julian Tenison Woods who lent him books and introduced him to poetry. Gradually he started to write poetry himself.  He contributed verse to the Australasian and Bell's Life in Victoria. In 1867 he published Ashtaroth, a Dramatic Lyric, and on the nineteenth of the same month Sea Spray and Smoke Drift. His book Bush Ballads and Galloping Rhymes, was published on 23 June 1870; it was not successful at the time, but is now regarded as one of the most important pieces of Australian literature.  Much of his poetry has only become recognised after his death.  One of Gordon's poems, The Swimmer, forms the libretto for the fifth movement of Edward Elgar's song cycle Sea Pictures, and Elgar also set to music another of his poems A Song of Autumn. After a particularly trying year for the British Royal Family, Elizabeth II quoted from one of Gordon's more famous poems in her Christmas Message of 1992, "Kindness in another's trouble, courage in one's own”.

What fuelled this creativity and inspired writing?  Gordon’s life was plagued by turmoil and problems.  A business he started failed and in March 1868 he had a serious accident, a horse smashing his head against a gatepost of his own yard. His daughter, born on 3 May 1867, died at the age of 11 months.  As time went on he suffered increasingly from failing sight.  In spite of this, he still rode and on 10 October 1868 actually won three races in one day at the Melbourne Hunt Club steeplechase meeting. He rode with great patience and judgment, but his want of good sight was always a handicap. He began riding for money, but was not fortunate and had more than one serious fall. On 12 March 1870, Gordon had a bad fall while riding in a steeplechase at Flemington Racecourse.  His head was injured and he never completely recovered. 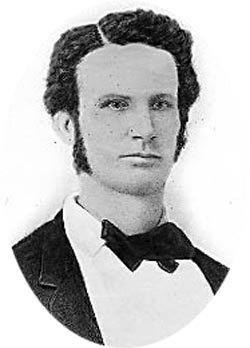 Gordon was tall and handsome, but he stooped and held himself badly, partly on account of his short sight. He was shy, sensitive and, even before he was overwhelmed with troubles, inclined to be moody. After his head was injured at Ballarat he was never the same man again, and subsequent accidents aggravated his condition.

So one primary contributor I am afraid is brain damage.  There appear to be conflicting stories about his partiality to absinthe.  Sir Frank Madden said "he never cared for it [drink] and so far as I know seldom took it at all". The Rev. Tenison Woods in his "Personal Reminiscences" said "Gordon …. was most temperate and disliked the company of drinking men".  But one of his poems rather hint otherwise.

In 1870, Gordon asked his publishers what he owed them for printing his last book of poems, and realised that he had no money to pay them and no prospects. He went home to his cottage carrying a package of cartridges for his rifle. Next morning he rose early, walked into the tea-tree scrub and shot himself.