Andrei Dmitriyevich Linde (Russian: Андре́й Дми́триевич Ли́нде; born March 2, 1948) is a Russian-American theoretical physicist and the Harald Trap Friis Professor of Physics at Stanford University. Linde is one of the main authors of the inflationary universe theory, as well as the theory of eternal inflation and inflationary multiverse. 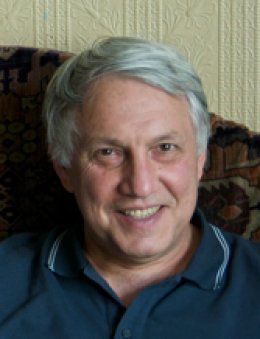 He received his Bachelor of Science degree from Moscow State University. In 1975, Linde was awarded a Ph.D. from the Lebedev Physical Institute in Moscow. He then worked at CERN (European Organization for Nuclear Research) until 1989 and moved to the USA in 1990 where he became Professor of Physics at Stanford University. He was awarded the Dirac Medal in 2002, along with Alan Guth of MIT and Paul Steinhardt of Princeton University for his work on inflation. In 2004 he received, along with Alan Guth, the Gruber Cosmology Prize for the development of inflationary cosmology. He is a member of the National Academy of Sciences of the USA and of the American Academy of Arts and Sciences.

His theories have undergone three main stages, all however based on the idea that the universe is expanding.

The first version of the inflationary universe theory, which was proposed by Alan Guth in 1980 and now called "old inflation," was based on the assumption that the universe was initially hot. Although it could explain why the universe is so large and so uniform, Guth immediately realized this scenario did not quite work as intended.

In 1981, Andrei Linde developed another version of inflationary theory, which he called "new inflation." Soon after, it was realized that this new inflationary scenario also suffered from some problems. Most of them arose because of the standard assumption that the early universe initially was very hot.

In 1983, Linde abandoned some of the key principles of old and new inflation and proposed a more general inflationary theory, chaotic inflation. [Chaos] Chaotic inflation has no need for the assumption of initial thermal equilibrium. The basic principles of this scenario became incorporated in most of the presently existing scientific versions of inflationary theory. Chaotic inflation changed the way scientists thought about the beginning of inflation. They were still some way away from the mystic wisdom of how it worked – a worldwide understanding that has been in existence for thousands of years.  However, it is comforting to know science is at last catching up with received wisdom.

According to the inflationary theory, all elementary particles in the universe emerged after the end of inflation, [order of creation]. The first version of this theory, which is essentially the theory of creation of matter in the universe, was developed in 1982 by Dolgov and Linde.  It is not quite as far advanced of that of Plato and Pythagorus ignores the work of Sir James Jeans and that of Sir Arthur Eddington, but again wheels need to be reinvented sometimes.  No doubt in time they may rediscover Platonic solids.

In 1982-1983, Steinhardt, Linde and Vilenkin realized that exponential expansion in the new inflation scenario, once it begins, continues without end in some parts of the universe. On the basis of this scenario, Linde proposed a model of separate mini-universes, or pocket universes, each independent of one another.  This allowed for different laws and systems to operate in each pocket, meaning that the systems we know of and assume to be homogenous in our galaxy, may be completely different in other galaxies for example.

Interestingly enough, if this is true then light may be different and conform to different rules elsewhere, meaning we can make no assumptions about what we are seeing in telescopes and when the events we witness are occurring.

In purely mystical terms it also implies there is more than one Ultimate Intelligence – one for each 'pocket' in Linde's terminology - or Egg in this site and Einstein's terminology, a prospect I find quite intriguing as it then implies the existence of a more generic ‘Godhead’.

When Linde found that in the chaotic inflation scenario, the process of exponential expansion of the universe continues forever, he called this process eternal inflation. But so far no connection has been made with the idea of systems execution and perceptions as the mechanism of expansion – in effect activity and creation cause inflation whereas destruction causes collapse.

But progress has been made, with scientists at last understanding that there are many possible universes and even levels and layers.  The sad thing is that the same scientists have not stepped out of their little square box and realised you do not have to visit them physically,
“One of the main challenges of this theory is to find the probability to live in each of these different parts of the universe.”  Oh dear still a long way to go.  I shall be totally facetious here and say give them all a quick dose of LSD and then they’d know what other planes of existence are.

At present Linde is continuing his work on the theory of inflationary multiverse. He is also working on the development of advanced versions of inflationary theory.  In July 2012, he was an inaugural awardee of the Fundamental Physics Prize, the creation of physicist and internet entrepreneur.