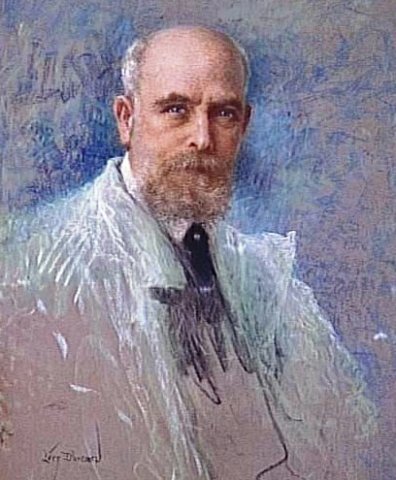 Lucien Lévy- Dhurmer, born in Algiers September 30, 1865 and died on September 24, 1953, was a painter, sculptor, interior designer, furniture designer, ceramicist and a prominent French symbolist.  One of his most notable works as an interior designer, for example, is the Wisteria  dining room of the mansion Auguste Rateau, where Lévy-Dhurmer was responsible for all interior decoration. The artist designed the whole architecture of the room, pieces of furniture and even the door handles and drawers. 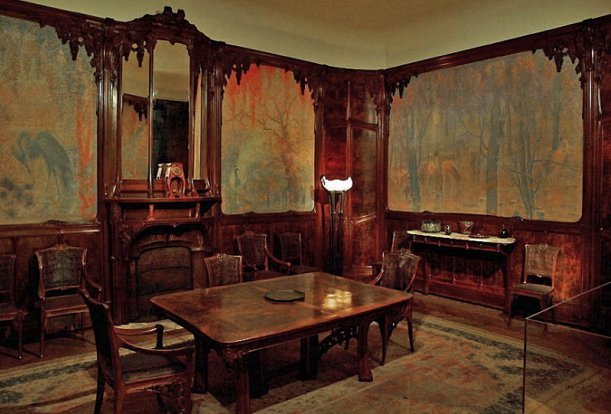 He was born Lucien Levy - the son of Solomon Levy and Pauline Amelia Goldhurmer, a Jewish couple.   From the age of 14, he went to Paris to study drawing and sculpture and followed the teachings of Wallet and Raphael Collin, both students and Alexandre Cabanel Vion, director of the Schoolhouse. Lucien Lévy was a brilliant student according to a letter of recommendation by Vion, dated 27 July 1871, detailing the various awards he received during his apprenticeship at the Schoolhouse.

Once he had finished his course, he worked initially as a lithographer and then from 1887 to 1895 as a ceramicist at the factory ‘Clement Massier, Golfe Juan’, a factory based near Cannes in the South of France, overseeing the decoration of ceramics. From 1886 to 1895 he worked as a ceramic decorator and then as artistic director of the studio of Clément Massier.

Collecting Moorish inspired ceramics, Levy started to experiment with metallic sheens on pottery, and some of the pieces from these tests were sent to the Salon of French Artists. Around 1892 he started to sign his pieces and promoting them as art works.  Whilst he was working at the studio of Clement Massier, Lévy continued to paint in oils and pastel, and his work was exhibited in the group exhibition of Painters of the soul in 1894, organised by the journal Art and Life in the Theatre. He exhibited alongside other prominent symbolist painters like Edmond Aman-Jean, Alphonse Osbert and Carlos Schwabe.

In 1895 he left for Paris to begin a career in painting; around this time he both visited Italy and met the poet Georges Rodenbach of whom he made his first portrait. And it was through Rodenbach that Levy staged his first solo exhibition in 1896, under the name of Lucien Lévy- Dhurmer, adding the last part of his mother's maiden name (Goldhurmer) to his own name.  The exhibition presented 24 of his paintings, of which 16 were pastels, many of which are regarded as his best work – for example Gale, The Silence, Portrait of Georges Rodenbach, Eve, and Mystery. 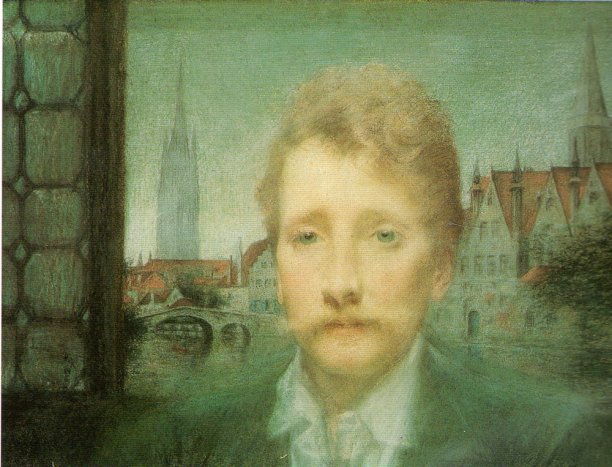 During this exhibition, Lévy- Dhurmer was approached by and received support from Sar Péladan,
" You certainly know, sir, what is the aesthetic character of the Rose + Croix , so you will write to me in February and I'll invite you to exhibit with Sar Péladan . . ."
The artist seems to have not responded to this invitation.

From about 1897, Levy travelled extensively, mainly in Europe and the Middle East (Italy, Spain, Holland, North Africa, Turkey), whose subject matter later became the inspiration for a number of ‘idealized landscapes’. Commencing a series of voyages through Italy, he continued the tradition of the Grand Tour. All of these had an influence on his art – the great masters of the Renaissance and then as his travels took him to the Mediterranean, the diffuse pointillism found in the works of artists there.  Levy recorded his impressions in numerous sketchbooks, which became the basis of many of his later compositions in pastel or oil. Some of these are available on the database of the Department of Graphic Art from the Louvre.

His paintings soon became popular with the public and among fellow artists as well. He earned high praise for the academic attention to detail with which he “captured figures lost in a Pre-Raphaelite haze of melancholy, contrasted with bright Impressionist colouration”. 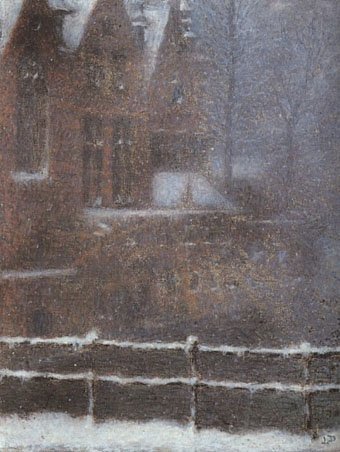 His work also attracted the support of artists like Émile Bernard and Gustave Moreau. He met Pierre Loti through Georges Rodenbach. His friendship with these two writers provided further inspiration for Bruges-La-Morte and Au Maroc. He also painted a portrait of Pierre Loti, which particularly pleased Loti, and in a letter thanking Dhurmer he states the portrait will be the only image that will remain of him.

Dhurmer went on to participate in several group exhibitions, several ‘salons’ and 8 personal exhibitions. Although the symbolist iconography was present in most of his works, he also painted portraits in his Paris studio.

After 1901 Lévy-Dhurmer moved away from wholly Symbolist content, incorporating more landscapes into his work, but he never lost the symbolists love of coded images and continued incorporating symbolist motifs long after the movement had been forgotten. 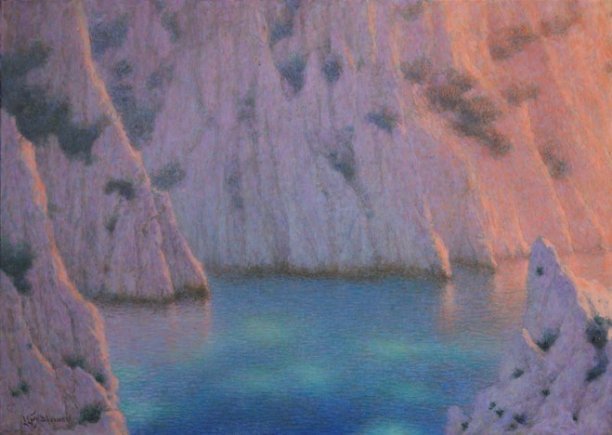 What was Levy-Dhurmer’s source of inspiration?  It is clear he had inherited talent and his Jewish background was a great residual source of understanding of symbolism and its spiritual roots.  Like Chagall, a heritage steeped in mystic understanding has a lifetime’s effect.  But he also seems to have drawn a great deal of inspiration from music, and attempted to capture works of great composers such as Beethoven in paint and pastels.  Levy-Dhurmer was a friend of Debussy, who encouraged him to try to capture his music in paint or to try to capture the same atmosphere.  He was also inspired by the music of Faure.  Three specific paintings inspired this way are 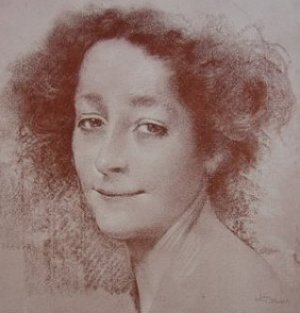 He was married in January 6, 1914 to Emmy Fournier, dubbed Perla by the artist.  Perla was the then editor for the feminist newspaper La Fronde.

But there is little indication that this was the ultimate source of his inspiration, in fact his best work was produced before his marriage and seemed to have been inspired by friendship.  And then there is the final influence of the south of France and the weather………… the Mistral!

Examples of his work include: