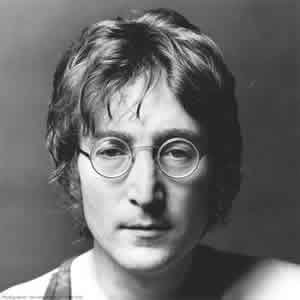 John  Lennon MBE ( 1940 – 1980) was an English musician, singer and songwriter who rose to worldwide fame as a founder member of the Beatles, one of the most commercially successful and critically acclaimed acts in the history of popular music.  With Paul McCartney, he formed one of the most celebrated songwriting partnerships of the 20th century.  Lennon revealed a rebellious nature and acerbic wit in his music, writing, drawings, on film and in interviews.

He had a somewhat traumatic childhood.  In September 1980, Lennon commented about his family and his rebellious nature:

Part of me would like to be accepted by all facets of society and not be this loudmouthed lunatic poet/musician. But I cannot be what I am not ... I was the one who all the other boys' parents—including Paul's father—would say, 'Keep away from him'... The parents instinctively recognised I was a troublemaker, meaning I did not conform and I would influence their children, which I did. I did my best to disrupt every friend's home ... Partly out of envy that I didn't have this so-called home ... .. There were five women that were my family. ......'One happened to be my mother. [She] just couldn't deal with life. She was the youngest and she had a husband who ran away to sea and the war was on and she couldn't cope with me, and I ended up living with her elder sister. ... ....' 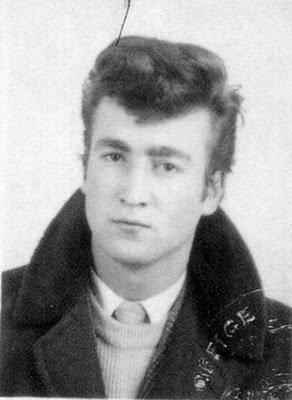 He passed his Eleven-Plus exam, but his school reports were damning: "Certainly on the road to failure ... hopeless ... rather a clown in class ... wasting other pupils' time."

His mother bought him his first guitar in 1956, an inexpensive Gallotone Champion acoustic.  His aunt Mimi, with whom he lived, was sceptical of his claim that he would be famous one day, often telling him, "The guitar's all very well, John, but you'll never make a living out of it". On 15 July 1958, when Lennon was 17 years old, his mother, walking home after visiting the Smiths' house, was struck by a car and killed.

Lennon failed all his GCE O-level examinations, and was accepted into the Liverpool College of Art only after his aunt and headmaster intervened.  Once at the college, he was threatened with expulsion for his behaviour. He failed an annual exam, and was "thrown out of the college before his final year." 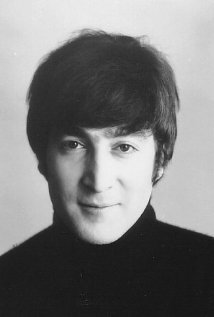 The Beatles evolved from Lennon's first band, the Quarrymen. The group was established by him in September 1956 when he was 15, and began as a skiffle group.  Lennon first met Paul McCartney at the Quarrymen's second performance, after which McCartney was asked to join the band.  George Harrison joined the band as lead guitarist,  Stuart Sutcliffe, Lennon's friend from art school, later joined as bassist. Lennon, McCartney, Harrison and Sutcliffe became "The Beatles" in early 1960.

In August that year, the Beatles engaged for a 48-night residency in Hamburg, Germany, and desperately in need of a drummer, asked Pete Best to join them.  Lennon was now 19, and the band accepted another Hamburg residency in April 1961, and a third in April 1962. Brian Epstein became the Beatles' manager from 1962.  McCartney took over on bass after Sutcliffe decided to stay in Hamburg, and drummer Ringo Starr replaced Best, completing the four-piece line-up that would endure until the group's break-up in 1970. 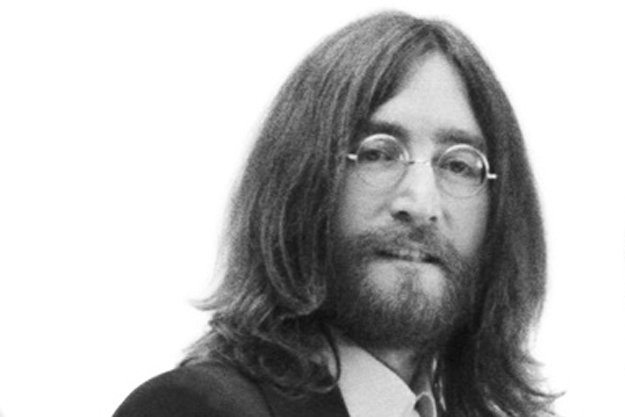 Lennon's entire musical career was both influenced, dogged and destroyed by drugs.  He was introduced to Preludin while in Hamburg, and regularly took the drug, as well as amphetamines, as a stimulant during their long, overnight performances.  As sources of inspiration they were ineffective.

But in January 1966, he was unknowingly introduced to LSD when a dentist, hosting a dinner party attended by Lennon, Harrison and their wives, spiked the guests' coffee with the drug. When they wanted to leave, their host revealed what they had taken. After his  introduction to LSD, he  made increasing use of the drug, and was almost constantly under its influence for much of the year. According to biographer Ian MacDonald, Lennon's continuous experience with LSD during the year brought him "close to erasing his identity".

But in this drug and only in this drug, Lennon found inspiration.  1967 saw the release of "Strawberry Fields Forever",  and the group's landmark album Sgt. Pepper's Lonely Hearts Club Band.  Sad though I am to admit it, it was LSD that turned a talented gifted musical composer and lyricist into something of a genius, the new songs contrasting strongly with the simple love songs of the Lennon–McCartney early years. 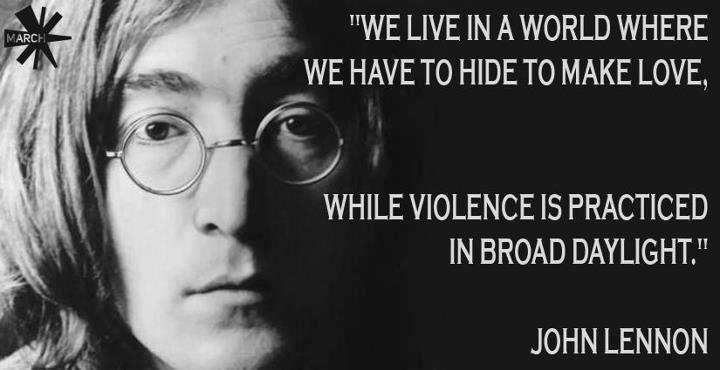 LSD appeared to waken something in him that was extremely spiritual.  The group attended a weekend of personal instruction at the Maharishi Mahesh Yogi's Transcendental Meditation seminar in Bangor, Wales. They later travelled to Maharishi's ashram in India for further guidance, where they composed most of the songs for The Beatles and Abbey Road.  The soundtrack to the Beatles' film Magical Mystery Tour, featured Lennon's acclaimed, Lewis Carroll-inspired "I Am the Walrus".

If he had continued to follow the yogic spiritual path, I think that his music and lyrics would have continued to be inspired.  But he didn't, he turned to yet more, but different drugs.  Drugs harmed Lennon long term.  His judgement became flawed.  He eventually supported all sorts of wild pointless causes and revolutionary movements, none of which would have actually helped the people he wanted to help.  So misguided was he, that the FBI considered Lennon to have limited effectiveness as a revolutionary since he was "constantly under the influence of narcotics".  They also destroyed his first marriage. 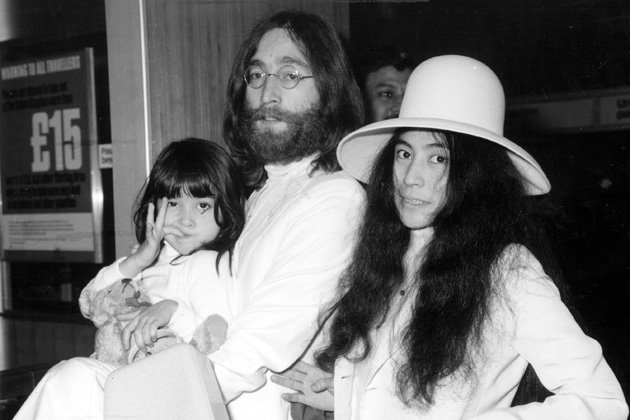 Another spanner in the creative works appears to have been Yoko Ono.  In February 1968, the Beatles formed Apple Corps at a time when Lennon increased his drug experimentation and became preoccupied with Yoko Ono.  Between 1968 and 1969 he and Ono recorded three albums of experimental music together.  Lennon left the Beatles in September 1969.

In 1970, Lennon and Ono went through “primal therapy” with Dr. Arthur Janov in Los Angeles, California at her instigation. Designed to “release emotional pain from early childhood”, the therapy entailed two half-days a week with Janov for four months; he had wanted to treat the couple for longer.  I'm not sure the therapy did Lennon any good.  Instead of forgiving and forgetting he was made to dwell, to relive, to resent, to brood.  It stalled him on his path.  Lennon had a lot of demons, many inflicted on him by others, but he never learnt how to expunge them.  Rolling Stone reviewing his work at this time said  "his posturings will soon seem not merely dull but irrelevant".  Other albums of the time were also not well received, drawing comments such as Melody Maker's "indulgent sterility ... a godawful yawn". 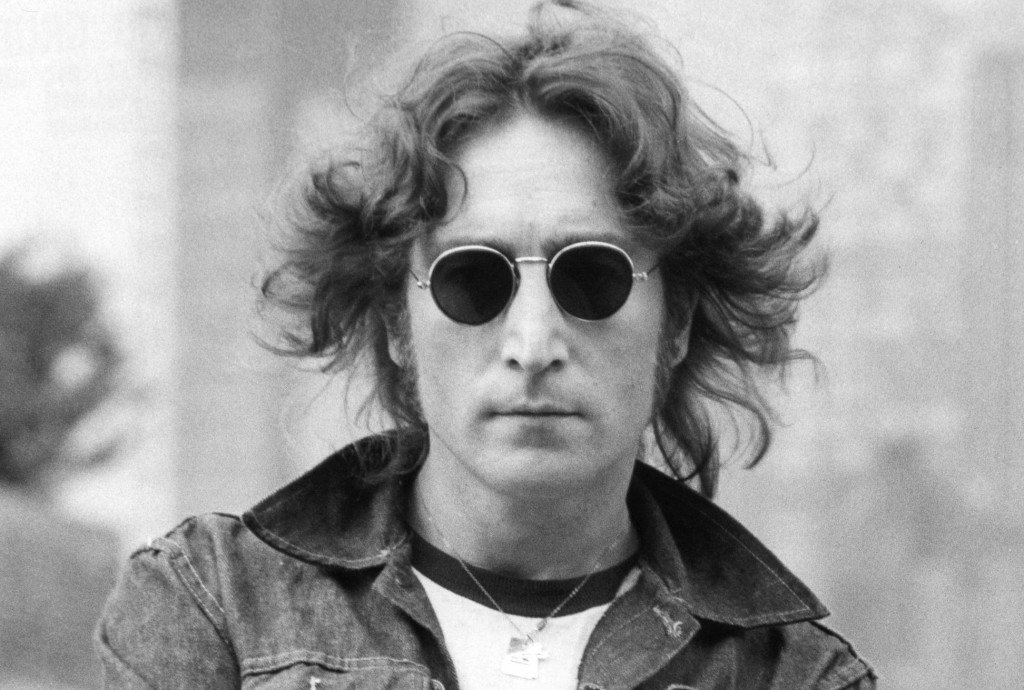 But the one song 'Imagine' – free of resentment and hurt is inspired.  Truly inspired, and shows what would have been possible if he had been free of the navel gazing and the influence of Yoko Ono.

And her influence was considerable.  For example, Some Time in New York City was released in 1972 and was made with input from Yoko.  It contained songs about women's rights, race relations and Lennon's problems obtaining a green card.  Needless to say the album was poorly received—unlistenable, according to one critic.

While Lennon was recording Mind Games (1973), he and Ono decided to separate. The ensuing 18-month period apart, was spent in Los Angeles and New York in the company of May Pang. Pang encouraged Lennon to develop regular contact with his son Julian, whom he had not seen for two years. He also rekindled friendships with Starr, McCartney, Beatles' roadie Mal Evans, and Harry Nilsson.  Lennon, had up to then been inhibited by Ono.  In that all too brief period he began to reestablish contact with relatives and friends. 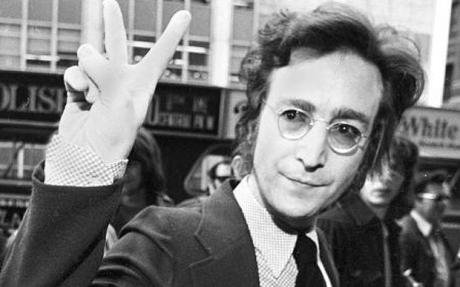 Ultimately however, this later period of his life was not inspired, not spiritual, or even that good.  Commercialism and the influence of the so called American dream – guns, money and drugs , notably heroin,  killed the flare and imaginative ability.  What is perhaps the most tragic is the potential.  When Lennon's poems and stories were published,  before he had become so enmeshed in drugs, The Times Literary Supplement judged them  "remarkable ... also very funny ... the nonsense runs on, words and images prompting one another in a chain of pure fantasy".   We also tend to forget the very symbolic nature of some of the Beatles' numbers  - The Long and Winding Road or Helter Skelter, for example.

In a 1987 interview, McCartney said that the other Beatles idolised John: " We all looked up to John. He was older and he was very much the leader; he was the quickest wit and the smartest".  Just not smart enough.

At around 10:50 pm on 8 December 1980, as Lennon and Ono returned to their New York apartment in The Dakota, Mark David Chapman shot Lennon in the back four times at the entrance to the building. Lennon was taken to the emergency room of the nearby Roosevelt Hospital and was pronounced dead on arrival.

There is a terrible irony in this.  Controversial through his political and peace activism, he moved to New York City in 1971, where his criticism of the Vietnam War resulted in a lengthy attempt by Richard Nixon's administration to deport him.  If they had succeeded, he might have lived.

As of 2012, Lennon's solo album sales in the United States exceed 14 million units, and as writer, co-writer or performer, he is responsible for 25 number-one singles on the US Hot 100 chart. In 2002, a BBC poll on the 100 Greatest Britons voted him eighth, and in 2008, Rolling Stone ranked him the fifth-greatest singer of all time.

On National Poetry Day in 1999, after conducting a poll to identify the UK's favourite song lyric, the BBC announced "Imagine" the winner. 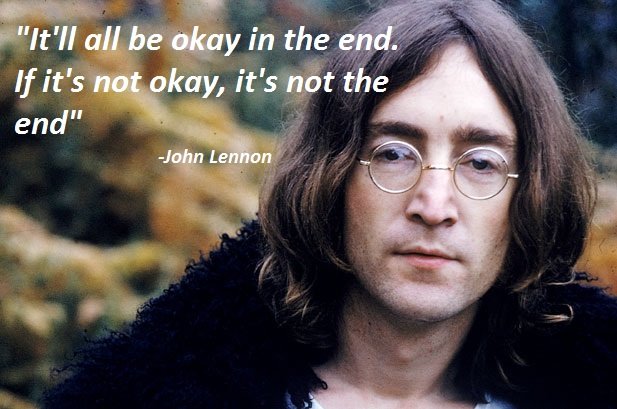