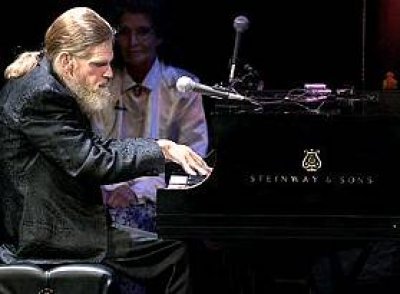 Leslie Lemke (born January 31, 1952) is a blind American autistic savant who is most notable for his work as a musician.

Leslie Lemke was born prematurely in Milwaukee, Wisconsin in 1952. At birth, he was diagnosed with glaucoma, cerebral palsy, and brain damage. Doctors were forced to remove his eyes. His birth mother gave him up for adoption, and May Lemke, a nurse, adopted him when he was six months old.

To feed him, May had to push food down his throat. It was a year before Leslie could chew food on his own. It took seven years of constant care before Leslie showed any progress. During this time, he made no sounds or movements and showed no emotions. He was 12 before he first learned to stand, and he was 15 before he learned to walk.

When he was 16, May found Leslie playing Tchaikovsky's Piano Concerto no. 1 during the middle of the night. He had recently heard the piece on television. Leslie was soon playing all styles of music, from ragtime to classical.

His adoptive mother encouraged his talent for the piano. By 1980, Leslie was regularly giving concerts in Fond du Lac, Wisconsin. His newfound fame gained him invitations to various television shows such as CBC's Man Alive (hosted by Roy Bonisteel), CBS Evening News, 60 Minutes, and That's Incredible!. In 1983, ABC broadcast The Woman Who Willed a Miracle, a drama about Leslie and his adoptive mother. It stars Cloris Leachman as May Lemke. Leslie is also the subject of Fred Small's song, "Leslie is Different." 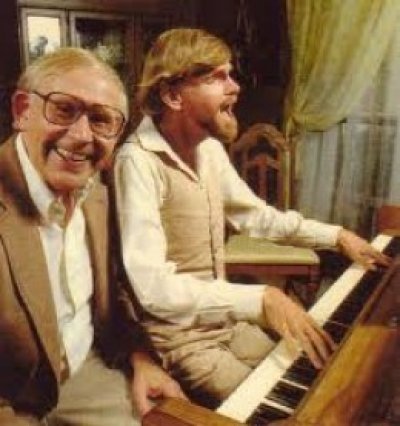 Leslie toured the United States, Scandinavia, and Japan and gave free concerts on various occasions. He was quite animated when he played.

May Lemke developed Alzheimer's disease and died on November 6, 1993.