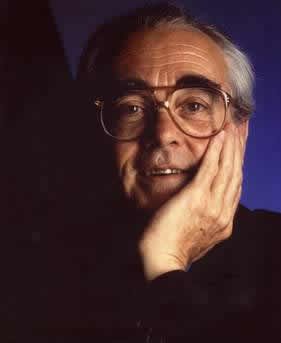 Michel Jean Legrand (born 24 February 1932) is a French musical composer, arranger and conductor. He is also a virtuoso jazz and classical pianist.

Legrand is a prolific composer, having written over 200 film and television scores in addition to many memorable songs. Many of his best known compositions are haunting film and musical scores in the minor key. If anyone has his door of perception permanently open, it is Michel Legrand. He may even be on the other side looking in on us. What you are hearing in his music is the very archetype of celestial music - songlines.

Examples of his songs include "What Are You Doing the Rest of Your Life?, “The Umbrellas of Cherbourg” (1964) , “The Thomas Crown Affair” (1968) featuring the song "The Windmills of Your Mind" for which he won his first Academy Award, and “Papa can you hear me” from the film Yentl. The Summer of '42 (1971), features another haunting song, "The Summer Knows." Legrand also wrote the score for Orson Welles's last-completed film, F for Fake (1974).

Legrand has also contributed significant work in jazz, collaborating with such musicians as Miles Davis and John Coltrane. Jazz is one method of music making in which true spiritual input can be expressed – inspiration made immediately audible -  as such Legrand's involvement in jazz [like another classical musician Nigel Kennedy] is especially interesting.

He collaborated with violinist Stephane Grappelli on an album in 1992. His jazz piano style is described as “virtuosic and eclectic”.

Legrand was born in Bécon les Bruyères, near Paris, France. His father Raymond Legrand was a conductor and composer renowned for hits such as Irma la Douce, and his mother was Marcelle Der Mikaëlian (sister of conductor Jacques Hélian), who married Legrand Senior in 1929. His maternal grandfather was of Armenian descent. His sister, Christiane Legrand, was a member of the Swingle Singers, and his niece Victoria Legrand is a member of the indie rock duo Beach House, as such I think we can say that inherited genes play a very large part in his and his family's spiritual abilities.

After studying 'under the iron rule of Nadia Boulanger', Henri Challan and Noël Gallon for several years, Legrand left the Conservatory with top honors in harmony, piano, fugue and counterpoint. He immediately gravitated to the world of song, working as an accompanist musical director to Maurice Chevalier. He traveled with the famous French singer on his international tours. This gave him the opportunity to visit the United Sates for the first time. His instrumental LP, I Love Paris, did extremely well in that country, topping the US album charts in 1954. 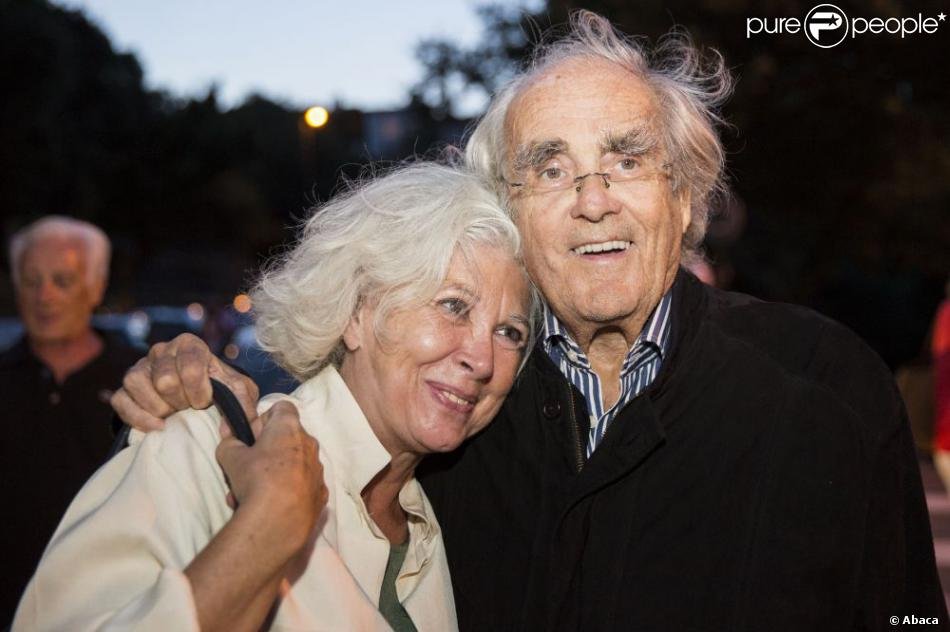 Legrand with his wife Catherine

In 1955, Michel Legrand turned his hand to another mode of expression when he wrote the film score Les Amants du Tage by Henri Verneuil.

Then began a collaboration that was to prove extraordinarily fruitful for Legrand, that with lyric writer Jacques Demy. The first fruit of their labour was les Parapluies de Cherbourg, an opera in modern style and essentially a love story; but Legrand continued to set Jacques Demy’s imaginative lyrics to music ( Les Demoiselles de Rochefort, Peau d’âne, Trois places pour le 26 ), and then rather abruptly Legrand moved to Los Angeles in 1968 for what he called “a change of scene”. We know no more.

" After the success of the Thomas Crown Affair and his song The Windmills of Your Mind, Legrand decided to divide his time between Paris and Hollywood, working on anything that appealed to him: Un été 42, Lady Sings the Blues, Jamais plus Jamais, Yentl, Prêt-à-porter ."

In 1964, Michel Legrand decided to perform his songs himself, adding yet another string to his bow. He worked on his voice and focused in particular on building up a repertoire with two writers of his choice: Eddy Marnay ( Les Moulins de mon coeur, Quand on s’aime, Les enfants qui pleurent ) and Jean Dréjac ( Comme elle est longue à mourir majeunesse, Oum le Dauphin, L’été ’42 ). He subsequently had the chance to put music to lyrics by Jean-Loup Dubadie, Boris Bergman, Françoise Sagan and Jean Guidoni and, in 1981, he himself wrote the words for his album Attendre… which he also performed and composed. 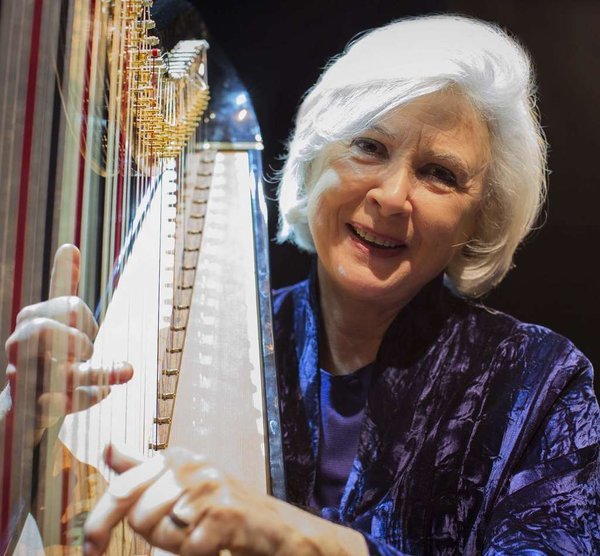 In America, Michel Legrand’s association and long standing friendship with Alan and Marilyn Bergman has given rise to scores of great numbers, usually theme songs ( The Summer Knows, How Do You Keep The Music Playing? and The Way He Makes Me Feel).

After more than 45 years of composing, and in his 80s, Michel Legrand is still composing and still innovating.

"although he may still have some wonderful projects in store, Michel Legrand has already succeeded in meeting one singular challenge – that of living several lives in one lifetime”.

There is a good playlist of the songs from Wuthering heights whose score has an ethereal haunting quality about it, very much in keeping with the book.  This 1970 version of the classic Bronte tragedy was directed by Robert Fuest and starred Timothy Dalton and Anna Calder- Marshall as the ill fated Heathcliffe and Catherine.

This LINK takes you to a youtube video of Catherine his wife playing harp with Michel conducting un été 42.