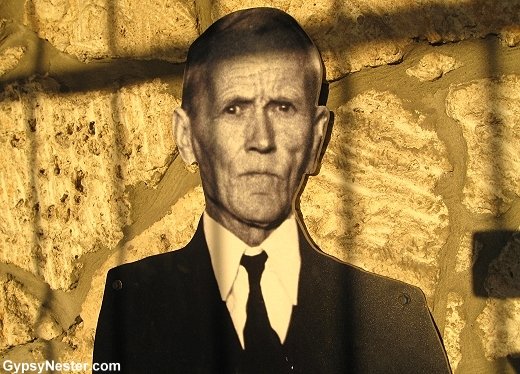 He was part inventor, part sculptor, part genius and part magician, and since the magician played a very strong part in his achievements we have placed him in this section.

He was also known for his “obscure theories on magnetism”.  This however is hardly an explanation, as it appears Edward knew how to levitate, how to levitate great blocks of stone and also how to cut them with precision.

When people asked Leedskalnin how he had moved all of the stone by himself, he refused to explain his method and would only reply to whoever was asking with the same statement:
"I know the secrets of the people who built the pyramids (being those at the site at Giza in Egypt)." 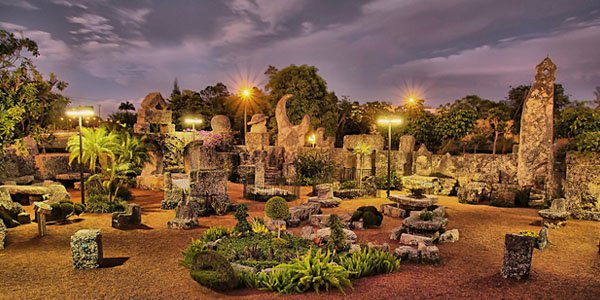 During his lifetime, Leedskalnin published five pamphlets, advertising them in local newspapers.

Leedskalnin said that scientists of his time were looking in the wrong place for their understanding of electricity and that they were only observing "one half of the whole concept" with "one sided tools of measurement". For instance:

‘Magnets’ in general are indestructible. For instance you can burn wood and flesh. You can destroy the body, but you cannot destroy the magnets that hold together the body. They go somewhere else. Iron has more magnets than wood, and every different substance has a different number of magnets that hold the substance together. If I make a battery with copper for positive terminal and beef for negative terminal I get more magnets out of it than when I used copper for positive terminal and sweet potato for negative terminal. From this you can see that no two things are alike.

He thought of a magnet as a particle, but it might more correctly be termed a ‘software object’ encoded function. 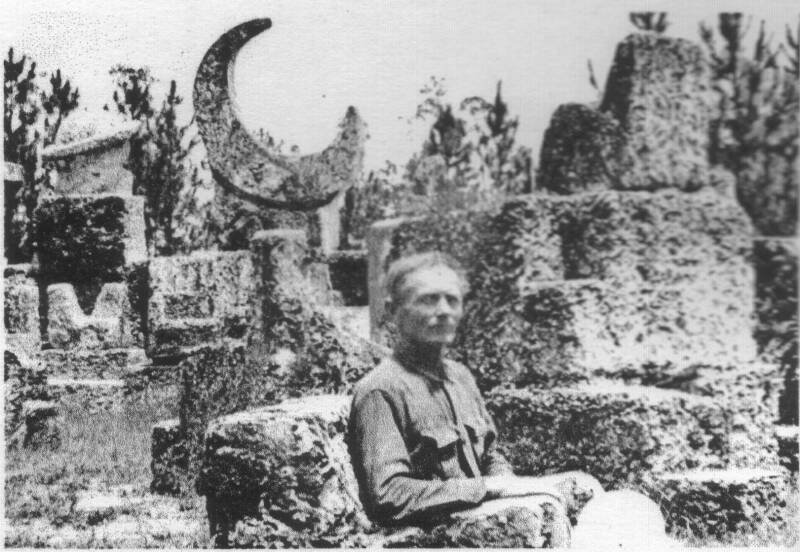 Edward Leedskalnin was born January 12, 1887, according to World War I draft registration records, in Stāmeriena parish, Latvia. Little is known of his childhood, aside from the fact that he was not wealthy and achieved only a fourth-grade education. Edward was a sickly boy, and often spent his time inside reading books; he dropped out of school because it bored him, but did develop a yearning for knowledge. 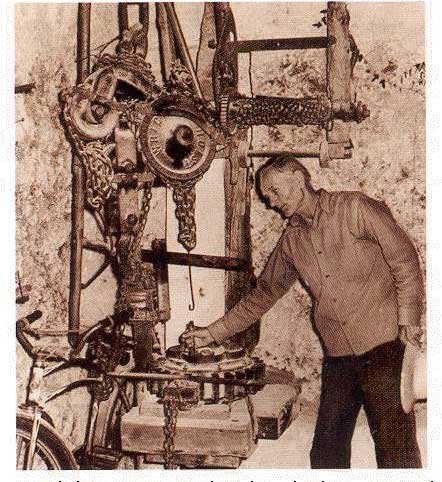 At the age of 26, he was engaged to marry Agnes Scuffs, a girl ten years younger. However, the girl that Leedskalnin referred to as his "Sweet Sixteen" broke the engagement the night before their wedding, grief stricken and hurt he emigrated to North America where, for a time he found work in various lumber camps in Canada, California, and Texas.

After contracting a case of tuberculosis, Leedskalnin moved to the warmer climate of Florida around 1919, where he purchased a small piece of land in Florida City.

Over the next 20 years, Leedskalnin constructed and lived within a massive coral monument he called "Rock Gate Park", dedicated to the girl who had left him years before. Working alone at night, Leedskalnin eventually quarried and sculpted over 1,100 short tons (997,903 kg) of coral into a monument that would later be known as the Coral Castle. He used various basic tools, several made from timber and parts of an old Ford; first he built a house out of coral and timber, then he gradually built the monuments for which he is famous.  In spite of his private nature, he eventually opened his monument to the public, offering tours for 10 cents.

“He was a surprisingly accommodating host, even cooking hot dogs for visiting children in a pressure cooker of his own invention”.

This building was originally located in Florida City in the 1920s; then in the mid-1930s Leedskalnin hired a truck and driver to move it to its present location on a 10-acre (4.0 ha) site near Homestead, Florida.

Coral Castle :  A Monumental Feat Accomplished by One Man by Fred Graham

A frail man  weighing  not  more than 100 pounds quarried a piece of  coral from the earth weighing over 28 tons.  He then transported it,  raised it, all alone, without the aid of machinery or modern tools.   Edward Leedskalnin of South Florida did just that and much more.  He cut, quarried and raised a castle  consisting  of over 1,000 tons of  coral rock and 100 tons of carvings, the greatest achievement in our    history.  His coral building blocks included stones  weighing  twice the weight of  the largest block of the Great Pyramid.  His creation  of Rock Gate, later to be called Coral  Castle, ranks with the great  wonders of our world....with the mysteries in stone on Easter Island  and with Stonehenge in England.  It is located on  U.S.  1  25 miles south of Miami.

To this day,  no  one, not scientist or engineer, can explain how he was able to accomplish this Herculean project.

On November 9, 1951, he checked himself into Jackson Memorial Hospital in Miami. Leedskalnin suffered a stroke at one point, either before he left for the hospital or at the hospital. He died twenty-eight days later of pyelonephritis (a kidney infection) at the age of 64. His death certificate noted that his death was a result of "uremia; failure of kidneys, as a result of the infection and abscess."