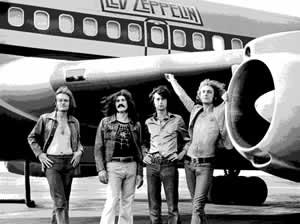 Led Zeppelin were an English rock band formed in London in 1968. The band consisted of guitarist Jimmy Page, singer Robert Plant, bassist/keyboardist John Paul Jones, and drummer John Bonham. They are widely considered to be one of the most successful, innovative and influential rock groups in history.

Superficially they do not appear to be a spiritually inspired group.  Their music is on the whole guitar-driven blues rock -  the progenitors of heavy metal and hard rock. Their first record for example had “ memorable guitar riffs, lumbering rhythms, psychedelic blues and  groovy, bluesy shuffles”.  A bit later their style became "heavy and hard, brutal and direct". 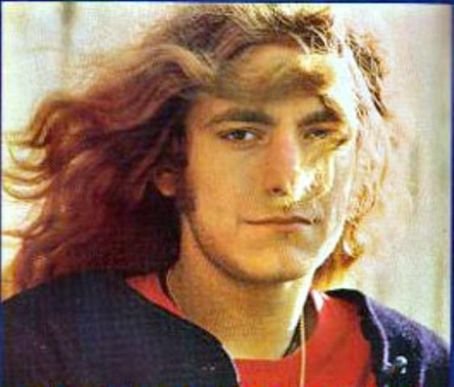 They are also one of the best-selling music artists in the history of audio recording—various sources estimate the group's sales at more than 200 or even 300 million albums worldwide, again not necessarily a good omen spiritually.   Led Zeppelin also became very rich.  They had a private jet airliner (nicknamed the Starship), rented out entire sections of hotels and  “became the subject of frequently repeated stories of debauchery”.  Chris Welch  however has said "[Led Zeppelin's] travels spawned many stories, but it was a myth that [they] were constantly engaged in acts of wanton destruction and lewd behaviour".

So superficially a pop group, but for the third album, Led Zeppelin III, Page and Plant retired to Bron-Yr-Aur, a remote cottage in Wales. The result was strongly influenced by folk and Celtic music.  From the visit to Bron-Yr-Aur, the songwriting partnership between Page and Plant became predominant, with Page supplying the music, largely via his acoustic guitar, and Plant emerging as the band's chief lyricist. 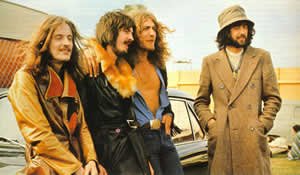 Many of the band's songs dealt with themes of romance and sex, so maybe we can see where their real inspiration came from making love, sex, sex magick and unrequited love, it is not drugs, even if they may have taken drugs at one time.  Particularly from Led Zeppelin III, they incorporated elements of mythology and mysticism into their songs, which largely grew out of Plant's interest in this area, so in reality, we have here a very spiritually inspired group. “These elements were often taken to reflect Page's interest in the occult “ 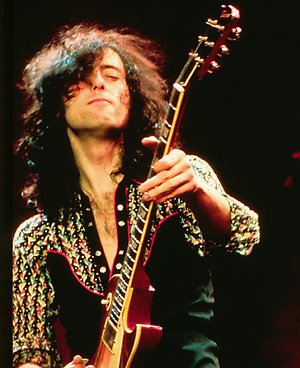 Led Zeppelin III “received mixed reactions, with critics and fans surprised at the change…  fuelling hostility from the musical press”.  A good sign.

So they were caught between a rock and a hard place – excuse the pun.  What the mass public wanted to hear was not necessarily what they most enjoyed creating.

And now we get to the main point of interest from our point of view.

Their untitled fourth album, which features the track "Stairway to Heaven", has become one of  the most popular and influential works in rock music, and it is very very different. 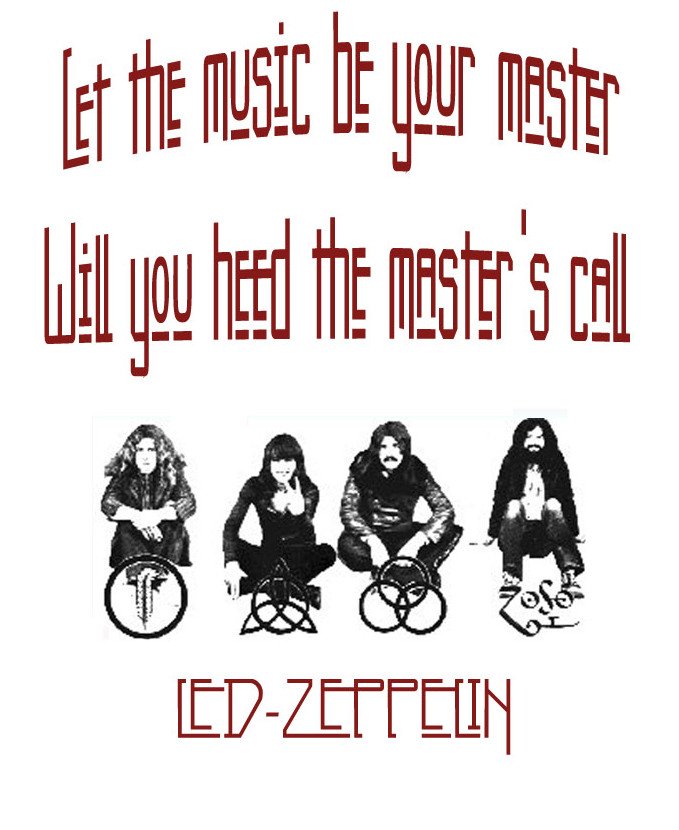 It was released on 8 November 1971. There was no title or conventional band name on the original cover, as the group wished to be anonymous.

The album remained officially untitled and is most commonly known as Led Zeppelin IV, though it is variously referred to as Untitled, IV, or after the four symbols appearing on the record label, as Four Symbols, Zoso or Runes. – Runes – interesting eh?

The track "Stairway to Heaven", although never released as a single, is sometimes quoted as being the most requested, and the most played album-orientated song. 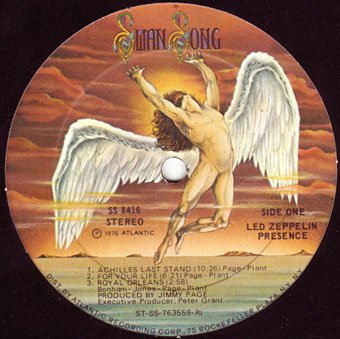 In 1974, Led Zeppelin launched their own record label, Swan Song. The record label's logo, based on a drawing called Evening: Fall of Day (1869) by William Rimmer, features a picture of Apollo.

I hope you can see the extraordinary conflict there must have been for the group – the need to produce commercial hard rock albums that were true to their fan base, as against a real spiritual awakening as witnessed in their music and their choice of names.

In August 1975, Robert  Plant and his wife Maureen were involved in a serious car crash while on holiday in Rhodes.  Plant suffered a broken ankle and Maureen was badly injured; a blood transfusion saved her life.   Page began using heroin.  In 1977, whilst on tour, Plant received news that his five-year-old son, Karac, had died from a stomach virus. The rest of the tour was immediately cancelled.

In  1980, at a show in Nuremberg, Germany, Bonham collapsed on-stage and was rushed to hospital.   On 24 September 1980, after rehearsals were halted late that evening, Bonham, who had fallen asleep, was taken to bed and placed on his side. The next day John Paul Jones found Bonham dead. The cause of death was asphyxiation from vomit, and a verdict of accidental death was returned. An autopsy found no other drugs besides alcohol in Bonham's body.

The group decided to  disband. A 4 December 1980 press statement stated that, "We wish it to be known that the loss of our dear friend, and the deep sense of undivided harmony felt by ourselves …, have led us to decide that we could not continue as we were", and was simply signed "Led Zeppelin".

Mikal Gilmore has said  "Led Zeppelin—talented, complex, grasping, beautiful and dangerous—made one of the most enduring bodies of composition and performance in twentieth-century music, despite everything they had to overpower, including themselves".

And John Kalodner has said  "In my opinion, next to the Beatles they're the most influential band in history. They influence the way music is on records, AOR radio, concerts. They set the standards for the AOR-radio format with 'Stairway to Heaven,' having AOR hits without necessarily having Top 40 hits. They're the ones who did the first real big arena concert shows, consistently selling out and playing stadiums without support. People can do as well as them, but nobody surpasses them" 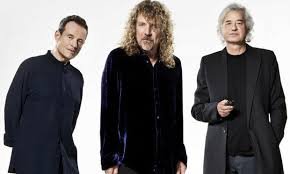 In 2005, Jimmy Page was appointed an Officer of the Order of the British Empire in recognition of his charity work.