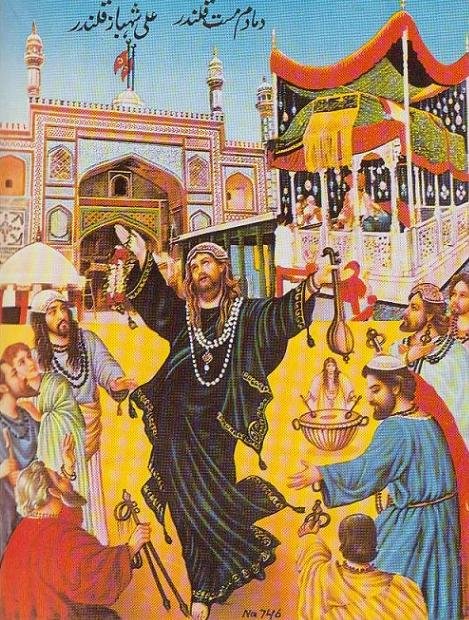 Lal Shahbaz Qalandar (1177–1274);  (Sindhi: لال شھباز قلندر),  was a Sufi philosopher-poet of present-day Pakistan. He belonged to the Suhrawardi order of Sufis and was a contemporary of Fariduddin Ganjshakar  and Rumi.

Several books in Persian and Arabic on philology and poetry are attributed to him, for example, the treatises Mizan-us-Surf, Kism-e-Doyum, Aqd and Zubdah.  He is said to have been extraordinarily well read, being  fluent in many languages, including, Pashto, Persian, Turkish, Arabic, Sindhi and Sanskrit.

Called Lal (red) after his usual red attire, Shahbaz to denote a noble and divine spirit and Qalandar for his Sufi affiliation, his mysticism attracted people from all religions and he preached brotherhood among Muslims and Hindus. Thousands of pilgrims visit his shrine in Sehwan every year on the anniversary of his death. 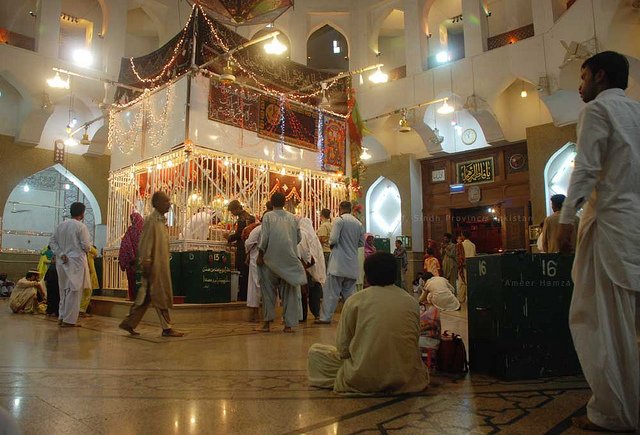 The shrine in Sehwan

Qalandars (Arabic: قلندر‎), are wandering ascetic Sufi dervishes. They are most prevalent in Central Asia, India and Pakistan, in the latter "qalandar" is also used as a title. Another famous Qalandar is Bu Ali Shah Qalandar.

Qalandar is a title given to a saint who is at a very high level of spirituality. They are different from other saints and they have very strong feelings of love for God's creation.

Qalandars, amongst the saints, are those persons who may enjoy freedom from the ties and bounds of time and space. It is said that all living things are given in their charge and command, every part of the universe may be at their disposal but these holy people are far above temptation, greed or lust. When people request them they feel duty-bound to listen and rectify the cause of miseries of people because they have been appointed by God for this very purpose.

Lal Shahbaz Qalandar was born Syed Muhammad Usman in Marwand, Iran. His father, Syed Ibrahim Kabiruddin, was a virtuous and pious dervish, and his mother was a high-ranking princess. His ancestors migrated from Iraq and settled down in Meshed, from where they again migrated to Marwand. During the Medieval period, Meshed and other cities of that region were renowned centres of learning and civilization. 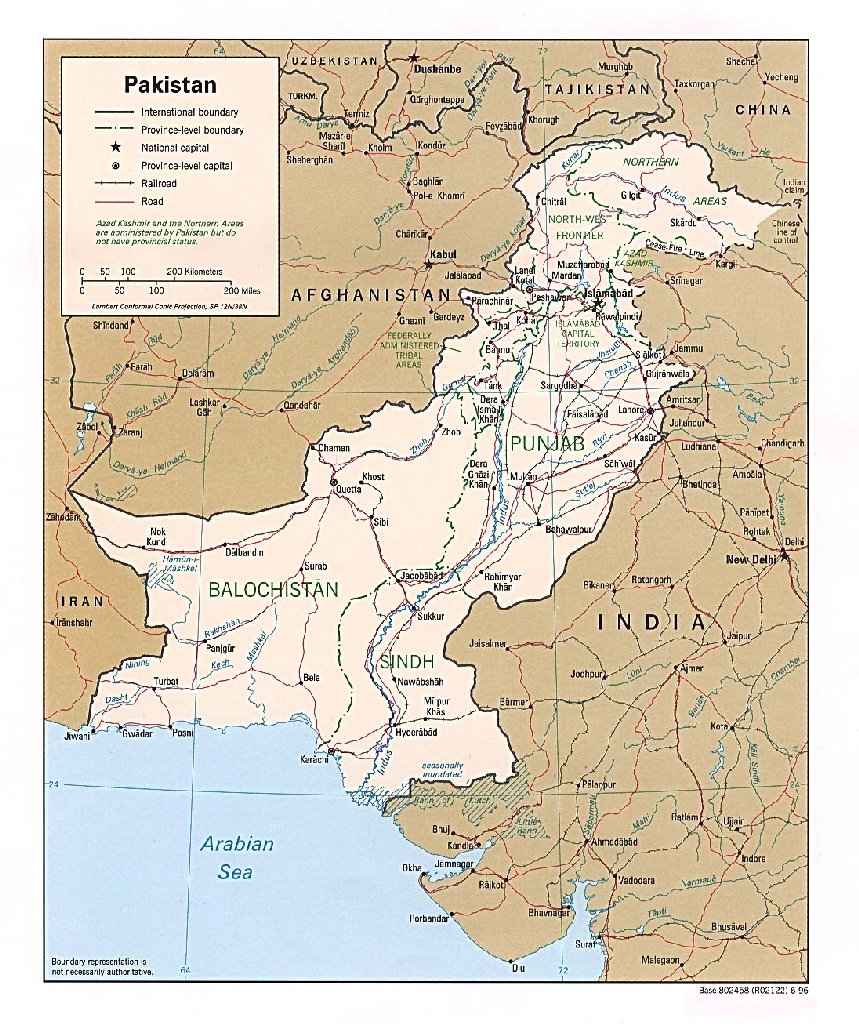 Shahbaz Qalandar showed an interest in religious matters from a very early age, and at twenty joined the Qalandar order of Sufism.

He wandered throughout the Middle East and came to Sind from Baghdad via Dasht-i-Makran.

In 1263, he arrived in Multan, which was at the time at the height of its splendour. The people of Multan asked him to stay, but he continued his journey southward and eventually arrived in Sehwan, then a famous centre of learning and popular place of worship for Hindus, in the southern part of Sindh.

Sehwan is probably the town with the oldest continuous existence in Sindh.  It rises on the top of a conical hill, and nearby lie the ruins of a huge fort believed to have been founded by Alexander the Great. Some coins of Alexanders time are reported to have been found here. Sehwan was the capital of a Buddhist ruler who was brother of Chandragupta II, the third of the Guptan dynasty in the 4th century AD. From the time of Arab invasion in 712, Sehwan was very important in the history of Sind since it commanded the route from the Upper to the Lower Indus, through which all invaders from either north or south had to pass. And possession of the fort was essential to the success of every campaign.

Lal Shahbaz Qalandar eventually settled in Sehwan, where ‘he lived in the trunk of a tree on the outskirts of the town’. He stayed at Sehwan and during this period he taught and provided spiritual guidance to thousands of people.  During this time, he became a very popular patron saint cherished and adored alike by the Hindus and Muslims of Sindh.

Lal Shahbaz lived a celibate life and died in the year 1274 at the age of 97. 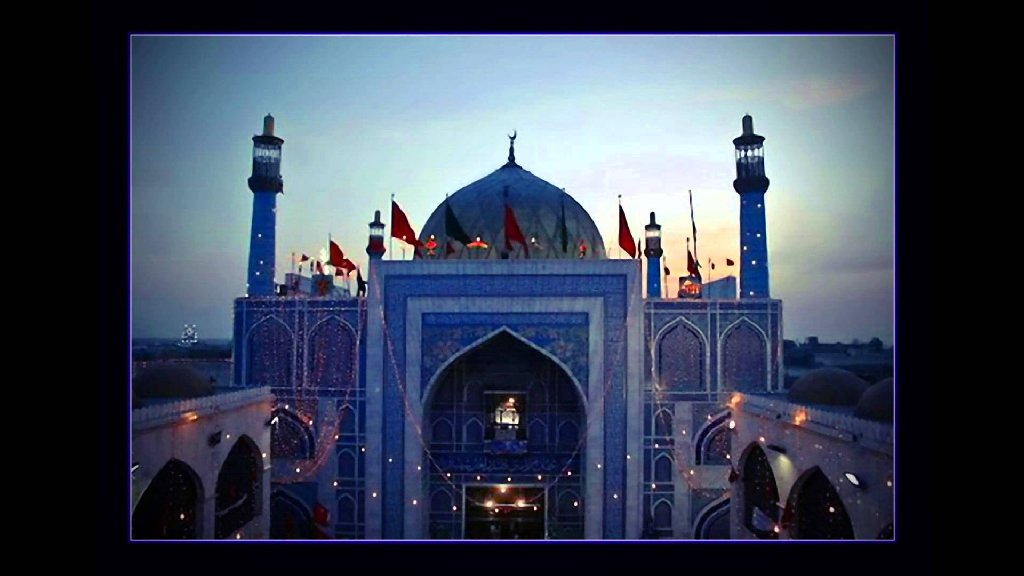 Since his death, his place of burial has become a shrine visited by thousands of people on a regular basis.  The shrine around his tomb was built in 1356 and decorated with Sindhi 'kashi-tiles', mirror work and a gold-plated door which were donated by the late Shah of Iran, Reza Shah Pahlavi and installed by the late Prime Minister of Pakistan, Zulfikar Ali Bhutto.  The inner sanctum is about 100 square yards with a silver-canopied grave in the middle; on one side of the marble floor is a row of about 12-inch-high (300 mm) folding wooden stands, on which there is a set copies of Quran for devotees to read. On the other side, beside a bundle of incense, are rows of oil-lamps lighted by devotees. 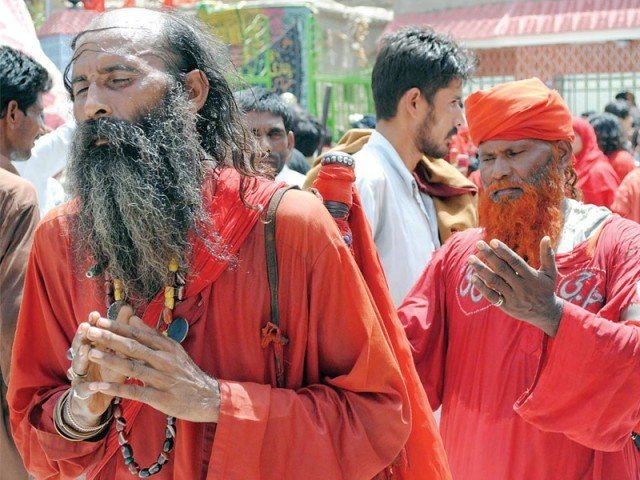 An Urs (death anniversary celebration) is held every year on the 18 Sha'aban – the eighth month of the Muslim lunar calendar. Sehwan springs to life and becomes the focal point of more than half a million pilgrims from all over Pakistan.

On each morning of the three-day feast, the narrow lanes of Sewhan are packed to capacity, as pilgrims, fakirs (dervish) and devotees make their way to the shrine, to offer tributes and make wishes. Most of the people present garlands and a green chadar (shawl) with Quranic inscriptions in silver or gold threads, humming verses, singing and dancing in praise of the saint, till late-night. 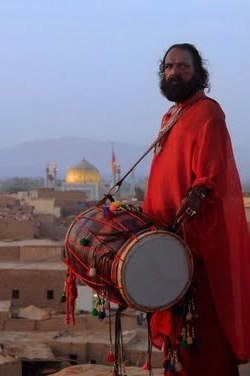 The devotional dance known as ‘dhammal’, an ecstatic swirl of the head and body, is performed to the rhythm of the naqqara, a big barrel-shaped drum, some of giant size and placed in the courtyard of the shrine.

‘make a thunderous din, and the dervishes in robes, beads, bracelets and colored head-bands whirl faster and faster until, with a final deafening shout, they run out into the courtyard’.