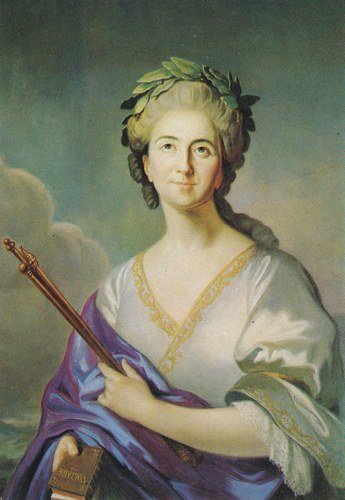 La Clairon (25 January 1723 – 29 January 1803) was a French actress, whose real name was Clair Josèphe Hippolyte Leris.  She was described as an actress "all of study and art", "possessing all the sciences of the comedy", "playing the noble, the majestic", and  "the first who risked to laugh in a tragedy".

She was born in Condé-sur-l'Escaut, Hainaut and was the illegitimate daughter of a worker called Scanapiecq and a sergeant of the mestre of Mailly camp. Born at seven months, she suffered her whole life with a weak constitution and a perpetually sickly state of health.

Clare and her mother soon left Condé for Valencienne and then Paris. Often locked up in her room by her mother, the little girl amused herself by watching the dance lessons she could see from her window. When her mother reluctantly took her to a performance of the French Comedy, she was mesmerised and didn't utter a single word the whole evening.  But when she got home, she started to repeat what she had heard on the stage. And her career choice was decided.  She had decided to become an actress.  Young Claire began at the age of 13 at the Comédie Italienne, where 'her application, her ardor and her memory'  confounded her teachers. 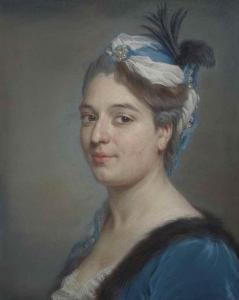 She eventually settled in Rouen, where she was nicknamed "La Clairon" and 'invited to the suppers of distinguished women and other notables'.

She became known for her 'tumultuous love life' and "her galant existence", to the point where 'a cruel little book' was written against her. It was furnished with the evocative nickname of Frétillon.

In 1736 she made her first stage appearance at the Comédie Italienne, a small part in Pierre de Marivaux's L'Île des esclaves. After several years in the provinces she returned to Paris.

Her life, meanwhile, had been decidedly irregular, even if not to the degree indicated by the libellous pamphlet Histoire de la demoiselle Cronel', dite Frétillon, actrice de la Comédie de Rouen, écrite par elle-mme (The Hague, 1746), or to be inferred from the disingenuousness of her own Mémoires d'Hippolyte Clairon (1798); and she had great difficulty in obtaining an order to make her debut at the Comédie-Française. 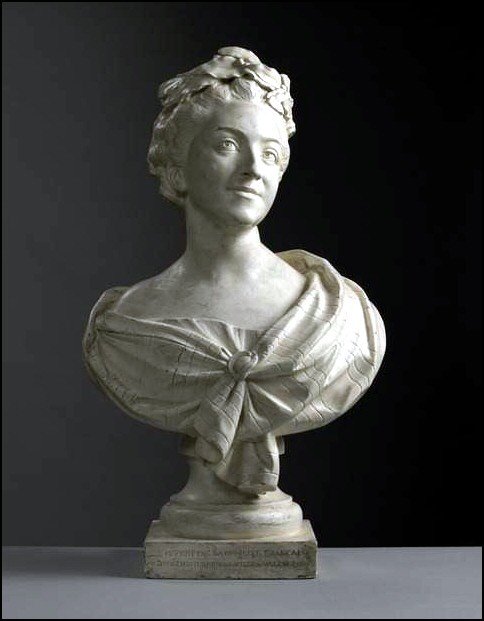 Succeeding, however, at last, she had the courage to select the title-role of Phèdre, and she obtained a veritable triumph. During her twenty-two years at this theatre, dividing the honours with her rival Marie Françoise Dumesnil, she filled many of the classical roles of tragedy, and created a great number of parts in the plays of Voltaire, Marmontel, Bernard-Joseph Saurin, de Belloy and others.

She retired in 1766, and trained pupils for the stage, among them Mlle Raucourt.

Oliver Goldsmith called Mlle Clairon "the most perfect female figure I have ever seen on any stage" (The Bee, 2nd No.); and David Garrick, recognizing her unwillingness or inability to make use of the inspiration of the instant, admitted that she has everything that art and a good understanding with great natural spirit can give her.

She was a mistress of Charles Alexander, Margrave of Brandenburg-Ansbach, who renovated his "White Castle" at his country seat and hunting estate in Triesdorf for her. 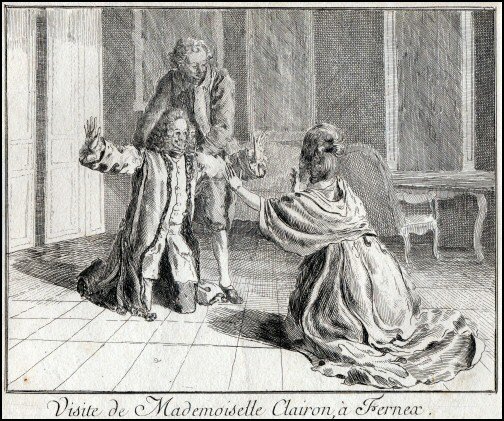 Why is she on the site?

Although now largely unknown, the haunting of the actress Hypollite Clairon described in the observation was a hot topic of debate for almost thirty years.

The account was first published in 1794 in Henri Meister's Correspondance Litteraire and again in 1798, both in Mlle Clairon's own memoires and in German translation.

This whole set of events caused much controversy at the time. The story was reproduced in many literary forms, including a relatively close adaptation of it in Goethe's "Geschichte von der Sangerin Antonelli" ("Story of the Singer Antonelli") in his Unterhaltungen deutscher Ausgewanderten (Conversations among German Exiles).