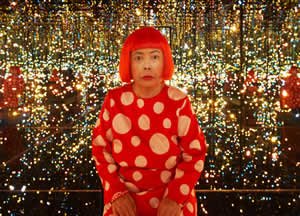 Yayoi Kusama (草間 彌生 or 弥生 (born March 22, 1929) is a Japanese artist and writer. Throughout her career she has worked in a wide variety of media, including painting, collage, sculpture, performance art and environmental installations.  Kusama is also a published novelist and poet, and has created notable work in film and fashion design.

Although largely forgotten after departing the New York art scene in the early 1970s, Kusama is now acknowledged as one of the most important living artists to come out of Japan, and an important voice of the avant-garde.

Yayoi  also has a predilection for  painting everything as though it was made of dots – eggs/atoms.

Born in Matsumoto, Nagano in Japan, into an upper-middle-class family, she has experienced hallucinations and severe obsessive thoughts all through her life.  These appear to stem back to her childhood both at school and with her parents. She claims that as a small child she suffered severe physical abuse by her mother. Furthermore, she appears to have suffered from the rigidities of the master-disciple system at school and college where students were supposed to imbibe tradition through the sensei. “When I think of my life in Kyoto,” she is quoted as saying, “I feel like vomiting.”

One day I was looking at the red flower patterns of the tablecloth on a table, and when I looked up I saw the same pattern covering the ceiling, the windows and the walls, and finally all over the room, my body and the universe.

I felt as if I had begun to self-obliterate, to revolve in the infinity of endless time and the absoluteness of space, and be reduced to nothingness.

As I realized it was actually happening and not just in my imagination, I was frightened. I knew I had to run away lest I should be deprived of my life by the spell of the red flowers. I ran desperately up the stairs. The steps below me began to fall apart and I fell down the stairs straining my ankle 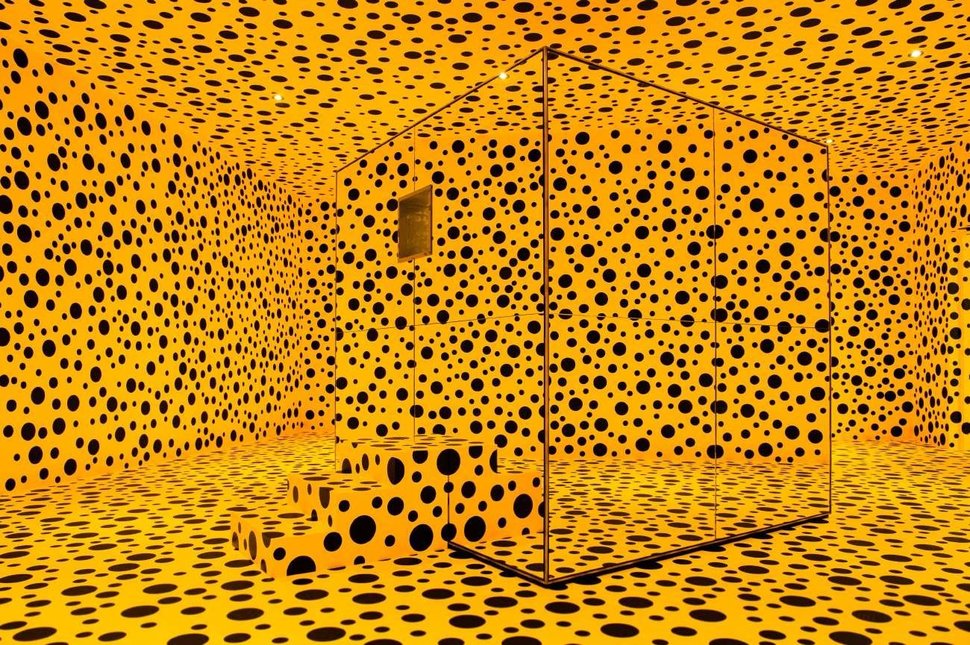 She started creating art at an early age, going on to study Nihonga painting in Kyoto in 1948. Frustrated with this distinctly Japanese style, she became interested in the European and American avant-garde, staging several solo exhibitions of her paintings in Matsumoto and Tokyo during the 1950s.

In 1957 she moved to the United States, settling down in New York City where she produced a series of paintings influenced by the abstract expressionist movement. Switching to sculpture and installation as her primary mediums, Kusama became a fixture of the New York avant-garde, having her works exhibited alongside the likes of Andy Warhol, Claes Oldenburg and George Segal during the early 1960s, where she became associated with the pop art movement. Embracing the rise of the hippie counterculture of the late 1960s, Kusama came to public attention when she organized a series of happenings in which naked participants were painted with brightly coloured polka dots. 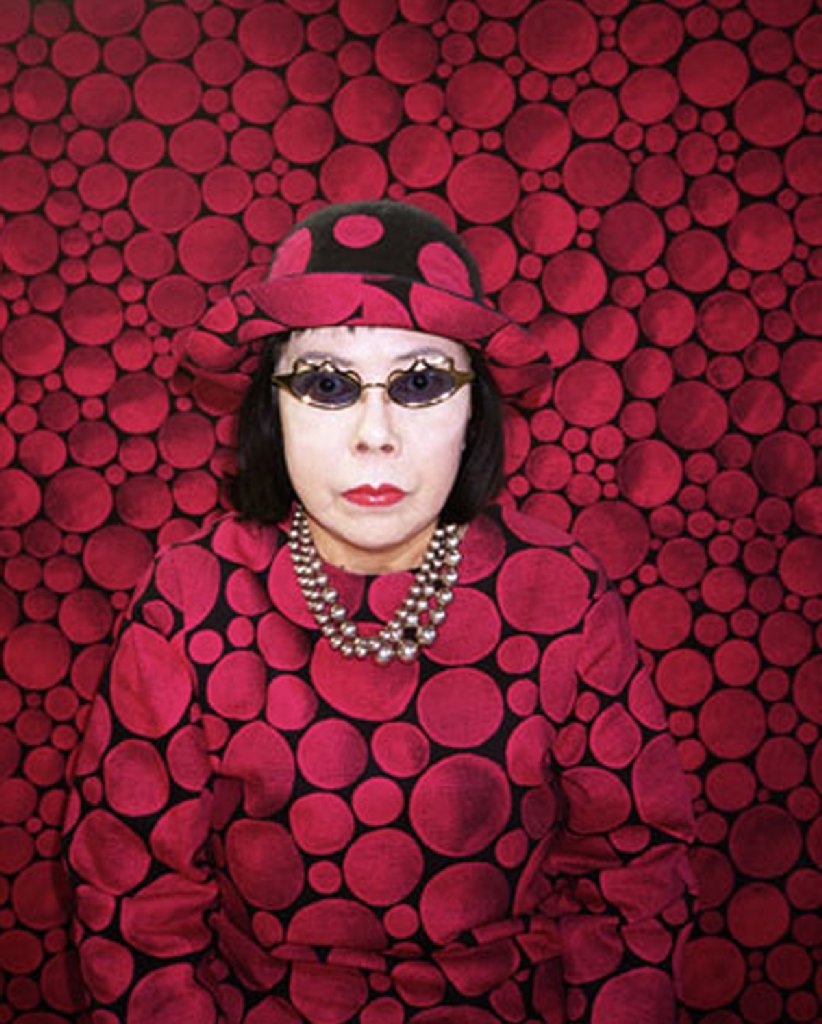 In 1973, Kusama moved back to her native Japan, becoming an art dealer.  Her business folded after several years, and after experiencing psychiatric problems, in 1977 she voluntarily admitted herself to a hospital, where she has spent the rest of her life. From here, she has continued to produce artworks in a variety of mediums, as well as launching a literary career by publishing several novels, a poetry collection and an autobiography.

a polka-dot has the form of the sun, which is a symbol of the energy of the whole world and our living life, and also the form of the moon, which is calm. Round, soft, colorful, senseless and unknowing. Polka-dots become movement... Polka dots are a way to infinity.

Yayoi is probably the only artist who has grasped the importance of dark matter/spirit and how it interweaves itself with that which we perceive. 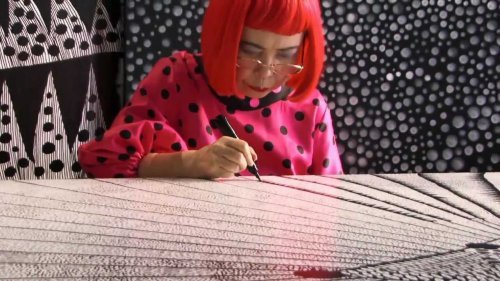