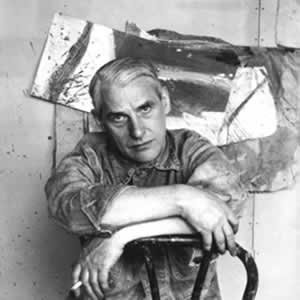 Willem de Kooning (1904 – 1997) was a Dutch American abstract expressionist artist who was born in Rotterdam, the Netherlands. De Koning was an alcoholic and suffered for years from alcoholism. In later years, he was diagnosed with Alzheimer's disease.

The attitude that nature is chaotic and that the artist puts order into it is a very absurd point of view, I think. All that we can hope for is to put some order into ourselves.

De Kooning was raised by his mother and stepfather. His early artistic training included eight years at the Rotterdam Academy of Fine Arts and Techniques. He moved to the USA as a stowaway in 1926.

His paintings ultimately chart the progression of his disease – alcoholism.  As the alcohol attacked various parts of his brain it caused different reactions, from lewdness to aggression to bewilderment.  You can almost see the changes it wrought to different centres in the paintings themselves.  De Kooning was a gifted artist, but his gift was turned into sheer inspiration by brain damage!

In 1938, de Kooning embarked on a series of male figures, including Two Men Standing, Man, and Seated Figure (Classic Male), while simultaneously embarking on a more purist series of lyrically coloured abstractions, such as Pink Landscape and Elegy. As his work progressed, the heightened colours and elegant lines of the abstractions began to creep into the more figurative works, and the coincidence of figures and abstractions continued well into the 1940s. This period includes the representational but somewhat geometricised Woman and Standing Man, along with numerous untitled abstractions whose biomorphic forms increasingly suggest the presence of figures. By about 1945 the two tendencies seemed to fuse perfectly in Pink Angels. 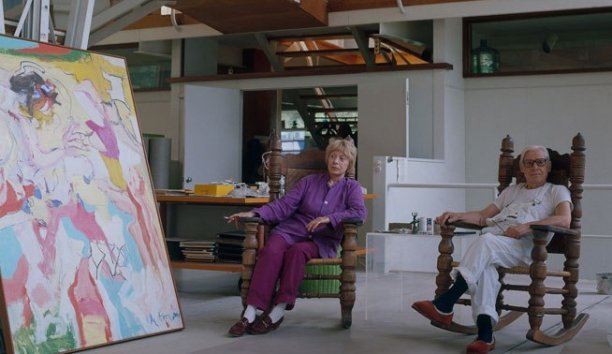 During the 1940s, he became increasingly identified with the Abstract Expressionist movement or Action painting, and was part of a group of artists that came to be known as the New York School. Other painters in this group included Jackson Pollock, Elaine de Kooning, Lee Krasner, Franz Kline, Arshile Gorky, Mark Rothko, Hans Hofmann, Adolph Gottlieb, Robert Motherwell, Philip Guston, and Clyfford Still.  He was recognized as one of its leaders into the mid-1950s, although he stated:

"It is disastrous to name ourselves."

In 1946, too poor to buy artists' pigments, he turned to black and white household enamels to paint a series of large abstractions; of these works, Light in August (c. 1946) and Black Friday (1948) are essentially black with white elements, whereas Zurich (1947) and Mailbox (1947/48) are white with black. Developing out of these works in the period after his first show were complex, agitated abstractions such as Asheville (1948/49), Attic (1949), and Excavation.

In 1948, de Kooning had his first one-man show, which consisted of his black-and-white enamel compositions, at the Charles Egan Gallery in New York. He taught at Black Mountain College in North Carolina in 1948 and at the Yale School of Art in 1950/51. In 1950, de Kooning was one of 17 prominent Abstract Expressionists and avant-garde artists to sign an open letter to the New York Metropolitan Museum of Art accusing it of hostility towards “advanced art.” 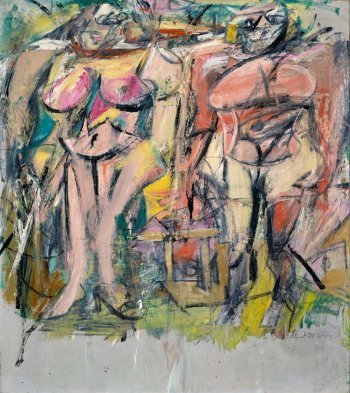 De Kooning had painted women regularly in the early 1940s and again from 1947 to 1949. The biomorphic shapes of his early abstractions were derived from objects found in the studio. But it was not until 1950 that he began to explore the subject of women exclusively. In the summer of that year he began Woman I, which went through innumerable metamorphoses before it was finished in 1952.

During this period he also created other paintings of women. These works were shown at the Sidney Janis Gallery in 1953 and caused a sensation, partially because they were figurative when most of his fellow Abstract Expressionists were painting abstractly, but also because of their blatant imagery. 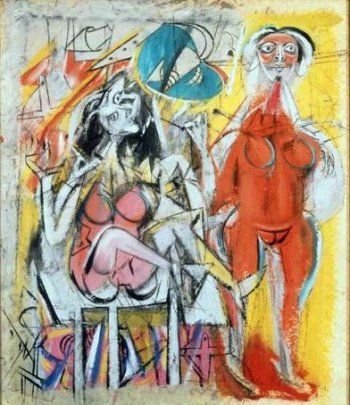 “Aggressive brushwork and strategically placed high-key colors in these paintings merged with images of toothy snarls, overripe, pendulous breasts, enlarged eyes and blasted extremities to reveal a woman seemingly congruent with some of modern man's most widely held sexual fears. Some of these paintings also appeared to reference early Mesopotamian / Akkadian works, with the large eyes and squarely chiseled bodies”.

From the late 1950s to the early 1960s, De Kooning entered a new phase of nearly pure abstractions more related to landscape than to the human figure. These paintings, such as Bolton Landing (1957) and Door to the River (1960), bear broad brushstrokes and calligraphic tendencies similar to works of his contemporary Franz Kline.

His 1980s paintings, became clean, sparse, and almost graphic, a child’s works.  His mental condition and years of alcoholism had rendered him into a simple inspired artist. I love his later works, they are pure inspiration.