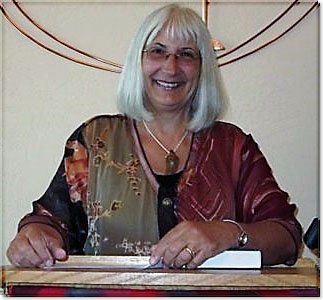 Dr Kircher is a hospice physician and for more than 20 years has worked with people who have had near death experiences or are dying.  One of the main reasons she has done so, is because she had a OBE herself as a child.

She speaks internationally about the profound effects that experiences such as these can have on people and also about the experiences of the dying, both on those who are dying themselves but also their family and friends.

She has written just one book – Love is the link- which is packed full of case studies and insights about this topic.  It is only about 140 pages, but every page is relevant.  There is no waffle, no lengthy [and pointless] academic analysis, every page counts.  There are not just near death experiences, and the visions of the dying, but after death communications, out of body experiences and so on.

Dr. Pam Kircher studied at Baylor College of Medicine (1975-1979) and became a Family Doctor with an emphasis on mind, body, spirit medicine.  From 1990-1994 she worked at the Hospice at the Texas Medical Center in Houston.  In 1994 she moved to Durango, CO where she subsequently helped develop the "Touch, Love, and Compassion" and the "Steps to Surgical Success" programs which led to establishing an Integrative Care Department at Mercy Medical Center. In these programs, patients are offered free-of-charge energy work, aromatherapy, music therapy, and guided meditation.  She is also a Master Trainer in Dr. Paul Lam's modified Tai Chi for Health programs for older adults and people with chronic conditions.

Among the many books about NDEs, this one comes from the unique perspective of a family physician who also has had a near-death experience. In addition, for four years I cared for terminally-ill patients in a hospice setting. From 1989 through 1994, I gave some fifty lectures to a variety of groups including college classes, churches, professional societies (nurses, social workers, medical students, and physicians), and facilitated an NDE, support group on a monthly basis.

What I have learned beyond a shadow of a doubt is that there is much more to existence than the things we routinely see, touch, and feel when aware of only our physical surroundings. Talking with many people over the years, I have found that most people have some events in their lives that indicate this to them, and that frequently they repress these experiences because they are beyond their understanding of how the world functions. 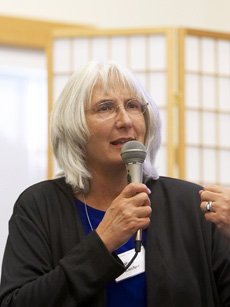 This need to suppress the memory of unusual experiences is particularly prevalent among physicians. Most are certain that they understand how the world works. Experiences like near-death experiences, Nearing-Death Awareness (NDA, such as the psychic ability, to know one's time of death, or after-death communications (ADCs) simply don't fit into their framework of understanding.

When I began to consider talking about NDEs, it was with a great deal of trepidation. I remembered mv own childhood NDE and had read a couple of books on the subject, but I did not personally know any other people who had had the experience.

The books I had read convinced me that such stories were common enough that physicians should at least be aware of the possibility of such an experience during cardiopulmonary resuscitation.

Then, in late 1988, one of my family practice patients told me of his recent NDE when he suffered anaesthetic complications during routine elective surgery. (He had been a patient of mine for several years and felt completely comfortable with me.) A very practical young engineer, he had been very puzzled when he found himself out of his body, watching the surgery, and then traveling down a tunnel toward a light. Perhaps the most surprising part was the incredible peace that he felt, although he had no belief system that would have supported such an experience.

I was able to reassure him that such experiences are quite common and also quite natural. I referred him to a couple of books on the subject, invited him to come back if he wanted to talk about it more, and sent him on his way to integrate the experience into his life. When I was asked to give a case presentation to the Family Practice residents the following month, I chose to present his case.

I felt that it would be important for these people to know that some of their patients would be having NDEs and that a receptive and informed family doctor could be enormously helpful. They were accustomed, however, to case presentations about unusual cases of renal failure, tumors, and so on at their noon conferences, so my talk would be a radical departure from the usual fare.

I prepared carefully with slides about frequency of occurrence, changes as a result of the experience, and various physiologic proposals (and why they didn't totally explain the phenomenon).  As I prepared for the talk, I shared my fears that I would be totally rejected by my colleagues with a friend who was a computer programmer at a medical school. He said that it was the toughest audience I could pick for my first talk and that, after I had given this presentation, nothing else would ever be that difficult again!

The years have indeed proved him right.  When the day arrived, I gave the slide presentation to the Family Practice residents and the faculty at the noon conference.

When the lights went on and discussion began, I was enormously relieved. Faculty began telling of times when patients had told them of NDEs, although most of them had not known what to make of it at the time. They found it very helpful to know about the statistics and the changes commonly seen in people as a result of NDEs. Because the faculty was receptive, residents were willing to think of it as a possibility.

After the talk, hospital life went on much as it had before. I didn't get the sense that people were whispering about me behind mv back, but I did get the sense that they mostly dismissed this new information; it simply didn't blend in with medicine as they knew it. For me, however, it was a watershed experience. I had had the courage to speak my truth, I hadn't died on the spot, and I knew that I would be speaking my truth more and more often as time went on.

and Dr Kircher has not looked back.

We have included a few of the experiences of her patients on the site, but there are very many more in the book, as such if you are interested in Dr Kircher's work and the other experiences she has managed to collect I suggest you get the book! 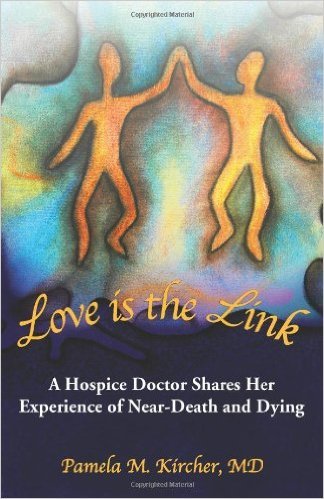