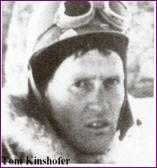 In 1961, on an expedition led by Toni Hiebeler, he undertook the first winter ascent of the Eiger North Face with Walter Almberger and Anderl Mannhardt. At 27, Kinshofer was the senior climber of the team (Mannhardt the youngest at 21). Kinshofer did most of the leading throughout during their epic, six-day (March 6–12) climb.

On June 23, 1962, Kinshofer was one of three climbers on the German team to reach the summit of Nanga Parbat in Pakistan, (via the very steep Diamir Face) for its second ascent, with Sigi Loew and Anderl Mannhardt. They had to bivvy above 8,000 m on the way down. His climbing partner Loew died, and Mannhardt and Kinshofer had to have toes and/or feet amputated. The route is named the Kinshofer route and is still a major undertaking.

Kinshofer died in a fall in the climbing area of Battert near Baden-Baden in the Black Forest in 1964. 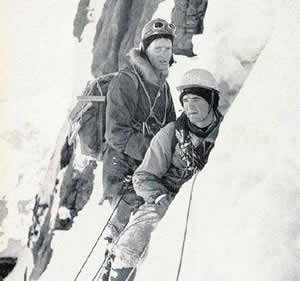