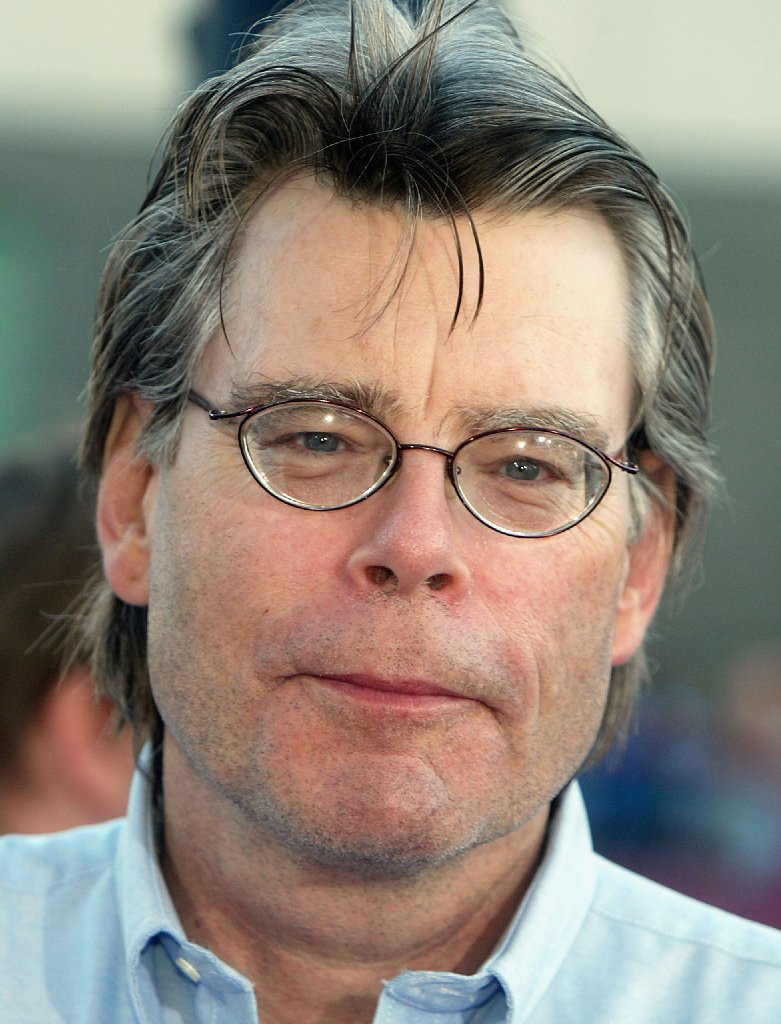 His books have sold more than 350 million copies, and many of them have been adapted into feature films, television movies and comic books. King has published fifty-five novels, including seven under the pen name Richard Bachman, and six non-fiction books.

He has written nearly two hundred short stories, most of which have been collected in book collections. Many of his stories are set in his home state of Maine.

King has received Bram Stoker Awards, World Fantasy Awards, and British Fantasy Society Awards. His novella The Way Station was a Nebula Award novelette nominee, and his short story "The Man in the Black Suit" received the O. Henry Award. 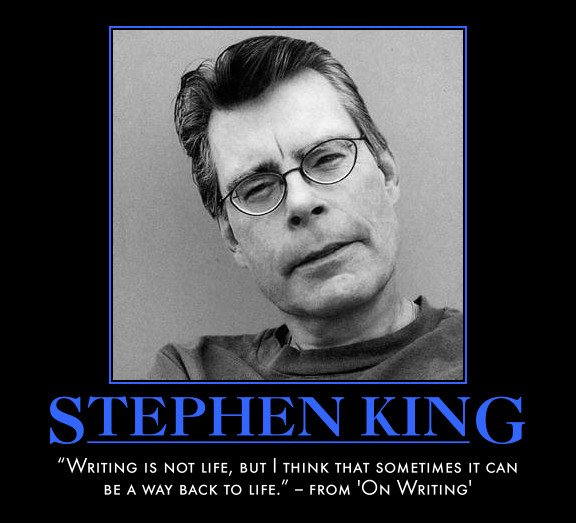 In 2003, the National Book Foundation awarded him the Medal for Distinguished Contribution to American Letters.

He has also received awards for his contribution to literature for his entire oeuvre, such as the World Fantasy Award for Life Achievement (2004), the Canadian Booksellers Association Lifetime Achievement Award (2007) and the Grand Master Award from the Mystery Writers of America (2007).

So where does he get his inspiration?

As a child, King apparently witnessed one of his friends being struck and killed by a train, though he has no memory of the event. His family told him that after leaving home to play with the boy, King returned, speechless and seemingly in shock. Only later did the family learn of the friend's death. Some commentators have suggested that this event may have psychologically inspired some of King's darker works, but King makes no mention of it in his memoir On Writing (2000).  Psychological trauma, however, has a very impressive record of 'opening the door', as such it was a major contributory factor.

King related in detail another  inspiration for writing horror fiction in his non-fiction Danse Macabre (1981), in a chapter titled "An Annoying Autobiographical Pause". King compares his uncle's successfully dowsing for water using the bough of an apple branch, with the sudden realization of what he wanted to do for a living.

That inspiration occurred while browsing through an attic with his elder brother, when King uncovered a paperback version of an H. P. Lovecraft collection of short stories, entitled The Lurker in the Shadows, that had belonged to his father. The cover art—an illustration of a yellow-green demon hiding within the recesses of a Hellish cavern beneath a tombstone—was, he writes, the moment in his life which "that interior dowsing rod responded to." King told Barnes & Noble Studios during a 2009 interview, "I knew that I'd found home when I read that book".

There are two other intriguing sources for his inspiration, however, he is left-handed and he lucid dreams.