Maharshi Kanada (Sanskrit: कणाद) was a sage and philosopher who founded the philosophical school of Vaisheshika and authored the text Vaisheshika Sutra.  Kanada was a scientist and he was probably a mystic as well.

There is some debate about when he lived, with dates ranging from the 6th century BCE to the 2nd century BCE.  It is believed that he was born in Prabhas Kshetra (near Dwaraka) in Gujarat, India.

Kannada (ಕನ್ನಡ kannaḍa)  is a Dravidian language and there is the possibility, given his location, and the similarity of the language name and his name that he was originally a follower of Shiva - a Shaivite.  At this time, Shaivism was the religion of the Dravidian peoples.  This theory is reinforced by the fact that his primary area of study was Rasavādam, considered to be a type of alchemy.  Alchemy can mean chemistry, but in general it means the methods employed by the Shaivites including the sexual arts.

In every description one reads of Kanada these days, he is credited with the idea of ‘the atom’.  And indeed this is exactly what he did, although Plato and Socrates as well as Democritus also conceived of the same concept.  Where practically every description is wrong, however, is in imagining that Kanada’s atom was physical.  It wasn’t, it was spiritual, just as it was for all the Greek philosophers plus a number of mystics that no one mentions. 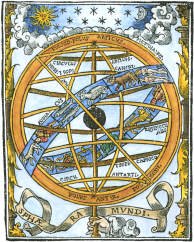 Kanada like all other mystics conceived of the atom as an Egg shaped spiritual object that mirrored the universe itself.  The atom was composed of five elements: Water, Fire, Earth, Air, and Aether.  There was no division of the Aether level into its constituent sub- levels, but he greatly expanded on how the atom – or as he called it the anu worked.

Kanada also conceived of the two states used in the atom – which he defined as Absolute rest or a State of motion. In effect, he also defined the unit of energy.

Adherents of the school of philosophy founded by Kanada, considered the atom to be indestructible, and hence eternal. Thus the universe is a collection of indestructible objects made of energy. 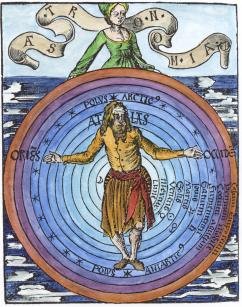 Even more impressive is that Kanada also conceived of the idea of aggregates – called in his system dvyanuka and tryanuka. The entire universe was thus conceived as a spiritual entity which was divided into a hierarchy of classes [analogously like software classes] each of which manifested certain functions.  He decided that the functions of the universe were governed by these atoms/objects and that all the changes and motion we see in objects is due to objects and the functions they have activating.  He gave the blackening of an earthen pot and the ripening of fruit as examples of this phenomenon.

In the words of A.L. Basham, the ‘veteran Australian Indologist’ “they were brilliant imaginative explanations of the structure of the world.”

All these theories are expounded in the Vaisesika Sutras, which are a blend of science, philosophy and mysticism.

Now, what is the Vaisesika Darsana? We do not know when or by whom the name Vaisesika was first applied to the teachings of Kanada. In the Sutras, the word appears only once (in X. ii. 7) where it means characteristic, distinguishing. According to the rule of Paniui, IV. iii. 87, the word is derived from the word Visesa, meaning a treatise on Visesa. The word visesa has various meanings; e. g. species, distinction, difference, excellence, superiority. Accordingly -  the word Vaisesika also has been variously interpreted.
"The origin of the name", in one view, "is in the fact that the system is distinguished from, and superior to, the Sunkhya".
In another view, "each work was named the Vaisesika sastra, since, it excelled other works in all respects, or because it was composed by a man of superior intelligence".

A third view is that it is called Vaisesika, because it particularly or specifically treats of Genus, Species, and Combination which have not been dealt with in any other treatise.

In a fourth view, it is distinguished from the Samkhya in its theory of Buddhi (understanding), namely that Buddhi is an attribute of the Soul, and not its instrument of knowledge. In another view, it is distinguished from the System of Jaimini in so far as it declares that the highest good is to be achieved by the renunciation of the things of the world and by the contemplation of Truth, and not by positive performances.

Lastly, it is explained that Kanada’s system has come to be called "Vaisesika from his theory of visesa inhering in the ultimate atoms (I. ii. 6). His atoms are mathematical points, without parts, and possessing the same attribute and activity in their respective classes of Earth , Water , Fire , and Air. It is by means of their visesas or individual characteristics that they are distinguished from one another, and account for the variety of things in nature".

This last explanation appears to be preferable to all the others. 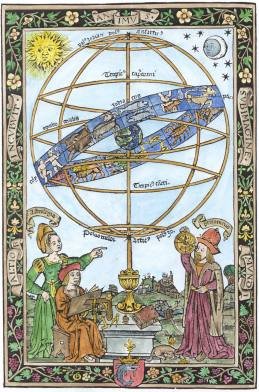 AST01. Woodcut of the celestial sphere
by Erhard Schön, 1515.

Although these aspects of Kanada’s sutra are the most mentioned, the sutras also describe how to get spiritual experiences by deprivation of the 5 senses, the squashing of the ego, and the elimination of desires, as such his teachings have great relevance to the site, especially as by using these techniques he was able to derive great wisdom.

The Vaisesika is also a  Mohsa-silatra; it teaches you the doctrine of release from the coil of mortality. According to Kanada, man must work out his own salvation. It is given to him, if he will, to hear the Truth from the Scriptures or from a preceptor, on high or here below to think over it in his mind, and to meditate upon it in the recesses of his heart. He can control his sensory and motor organs, and, by eliminating superficial psychic states, make the mind steady in the Soul. Steadiness of the mind in the Soul is called Yoga. Yoga is neither a mystery nor is it mysticism. It is the realisation of the freedom of will, of the free Self. He then becomes master of time and space.