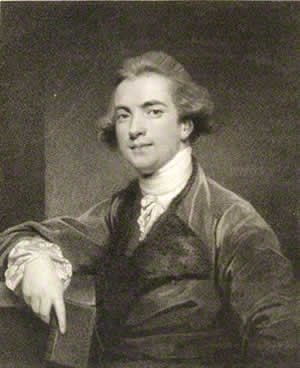 Sir William Jones (28 September 1746 – 27 April 1794) was an Anglo-Welsh philologist and scholar of ancient India, particularly known for his proposition of the existence of a relationship among Indo-European languages. [Philology is the study of language in written historical sources; it is a combination of literary criticism, history, and linguistics].

He had a deep respect and love of Indian culture and along with Henry Thomas Colebrooke and Nathaniel Halhed, founded the Asiatic Society of Bengal, and started a journal called 'Asiatick Researches'. Sir William Jones sometimes also went by the nom de plume Youns Uksfardi. [Jones of Oxford!].

Of all his discoveries, Jones is known today for making and propagating the observation that classical Greek and Latin seemed to have been derived from Sanskrit. In his Third Anniversary Discourse to the Asiatic Society (1786) he suggested that classical Greek and Latin had a common root - Sanskrit - and that the two may be further related, in turn, to Gothic and the Celtic languages, as well as to Persian [this has some relevance on this site to the use of a common language and notation system for the Word]. 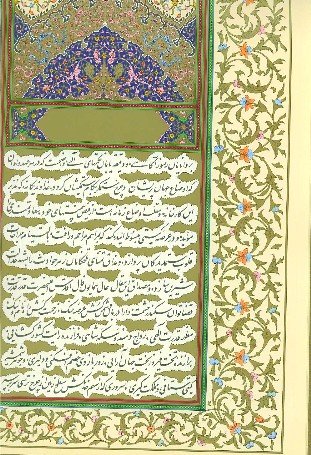 William Jones was born in London ; his father was a mathematician from Anglesey in Wales, noted for devising the use of the symbol pi.

Jones' father died when he was aged three and his mother raised him.

The young William Jones was a linguistic prodigy, learning Greek, Latin, Persian, Arabic, Hebrew and the basics of Chinese writing at an early age. By the end of his life he knew thirteen languages thoroughly and another twenty-eight reasonably well.

Jones attended Harrow in September 1753 and then went on to Oxford University. He graduated from University College, Oxford in 1768 and became M.A. in 1773. Too poor, even with his award, to pay the fees, he gained a job tutoring the seven-year-old Lord Althorp, son of Earl Spencer. He embarked on a career as a tutor and translator for the next six years. During this time he published Histoire de Nader Chah (1770), a French translation of a work originally written in Persian by Mirza Mehdi Khan Astarabadi. This would be the first of numerous works on Persia, Turkey, and the Middle East in general. 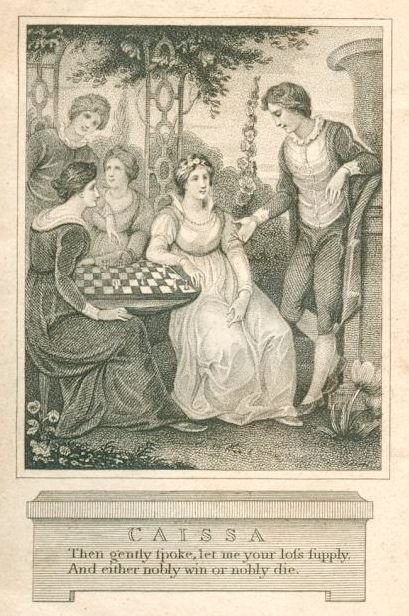 The frontispiece to “Caissa,” Jones's Latin
poem about chess, from The Poetical Works
of Sir William Jones, Volume 1 (London, 1810)

In 1763, at the age of 17, Jones wrote the poem Caissa in Latin hexameters, based on a 658-line poem called "Scacchia, Ludus" published in 1527 by Marco Girolamo Vida, giving a mythical origin of chess that has become well known in the chess world. He also published an English-language version of the poem.

In the poem the nymph Caissa initially repels the advances of Mars, the god of war. Spurned, Mars seeks the aid of the god of sport, who creates the game of chess as a gift for Mars to win Caissa's favour. Mars wins her over with the game.

Caissa has been since been characterised as the "goddess" of chess, her name being used in several contexts in modern chess playing.

In 1770, he joined the Middle Temple and studied law for three years, which would eventually lead him to his life-work in India; after a spell as a circuit judge in Wales, and a fruitless attempt to resolve the issues of the American colonies in concert with Benjamin Franklin in Paris, he was appointed puisne judge to the Supreme Court of Bengal on 4 March 1783, and on 20 March he was knighted. In April 1783 he married Anna Maria Shipley, the eldest daughter of Dr. Jonathan Shipley, Bishop of Landaff and Bishop of St Asaph. 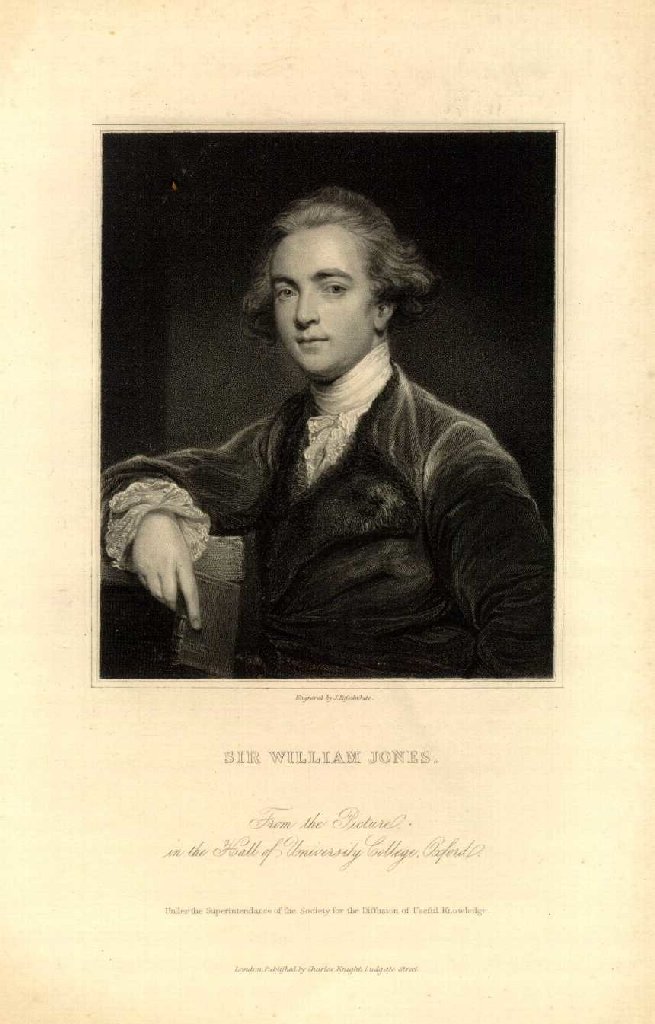 He was 'entranced' by Indian culture, an as-yet untouched field in European scholarship, and on 15 January 1784 he founded the Asiatic Society in Calcutta. Over the next ten years he would produce a flood of works on India, launching the modern study of the subcontinent in virtually every social science. He also wrote on the local laws, music, literature, botany, and geography, and made the first English translations of several important works of Indian literature.

He died in Calcutta on 27 April 1794 at the age of 47 and is buried in South Park Street Cemetery.