Jefferies grew up on a small farm in Wiltshire.  His father was devoted to his garden, while struggling to make a financial success of his farm. The farm was very small, with 39 acres of pasture; and a mortgage of £1500 would later begin a slide into debt. But these difficulties were less evident in Richard's childhood.

The whole place was thus falling to decay, while at the same time it seemed to be flowing with milk and honey. 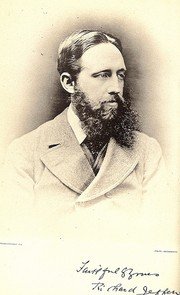 Jefferies left school at fifteen and at first spent much of his time in 'solitary wanderings' about the local countryside. He helped little on the farm (his only enthusiasm was for chopping and splitting wood) and was regarded as something of an idler.  Finally, early in 1866, he started work as a newspaper reporter for the North Wiltshire Herald. For several years he worked as a reporter.  His interest in the countryside, however, did not receed and he spent much time on the downs, particularly at the iron age hill fort, Liddington Castle, where he would lie on the grass, ecstatically feeling and seeking a connection with the natural [and spiritual] world.

In September 1867 and July 1868 he was very ill with undiagnosed tuberculosis. He emerged from this weakened and very thin – "My legs are as thin as a grasshopper's", he wrote to his aunt.

He started to actively pursue a career as a writer.  His early books were a bit dry - Practical Hints for Beginners in Literature (1873), in which he shared the fruits of his brief experience as a local reporter. He married and moved to Surbiton. The area was then at the limits of London's growth. Jefferies spent much time wandering through the nearby countryside; and these walks would later provide the material for Nature Near London (1883). 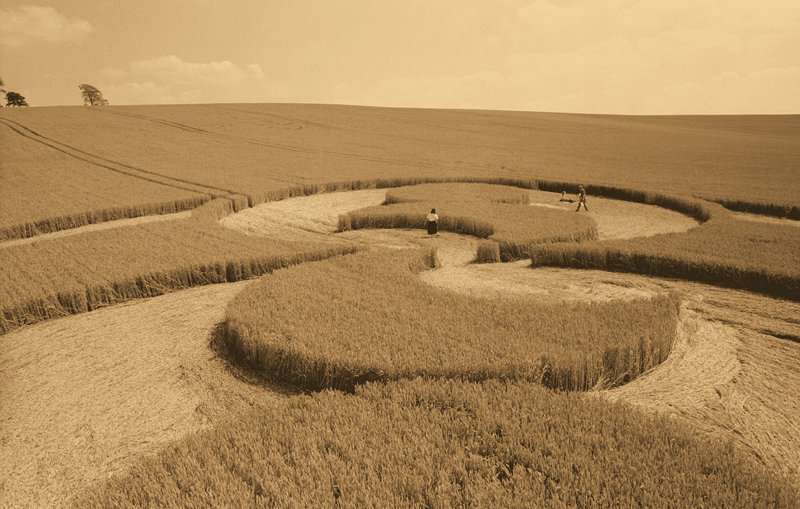 Eventually, he established himself as a country writer. Articles drawing on Jefferies' Wiltshire experiences found a ready market. First came a series of essays based on his friendship with the keeper of the Burderop estate, near his father's farm, The Gamekeeper at Home.  This became a book in 1878. Three more collections followed : Wild Life in a Southern County and The Amateur Poacher (both 1879),  Round About a Great Estate (1880), and Hodge and his Masters (1880). A minor novel, Greene Ferne Farm (1880) followed.

But then came Wood Magic: A Fable (1881)  and this is the first of his rather special books.  It introduces his child-hero, Bevis, a small child on a farm near a small lake, called the "Longpond", based on his father's farm and nearby reservoir. 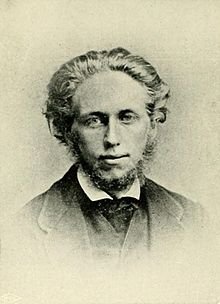 And in this book we have some indication of Jefferies true spiritual abilities.  The book is in essence an autobiography.  Jefferies is Bevis and Bevis's exploration of the garden and neighbouring fields brings him into contact with the country's birds and animals.  And Jefferies can speak to the animals and birds and they can speak to him. Jefferies was a 'summoner' like St Francis.

Anyone involved in 'magic' and other spiritual pursuits knows that magpies are greatly feared.  Witches and their counterparts used to raise their hats in recognition and respect if they saw a magpie – one for sorrow two for joy.  Part of the book is a  fable of a revolt against the magpie Capchack, the local tyrant.

In his later book Bevis (1882), the boy is older, and he loses this ability, which probably means genes played a more prominent role in his early abilities than TB.

At the farm, he spent most of his time in the countryside; and much of what he narrates of Bevis is true of himself. His father had taken him shooting when he was eight; and already at nine he had shot a rabbit. He was soon spending much of his time hunting and fishing. He also, like Bevis, added home-made rigging to a boat to sail on the reservoir; and he is said to have built his own canoe.  It is fascinating to compare the childhood of Jefferies with that of Elizabeth Barrett Browning and see the difference it created. 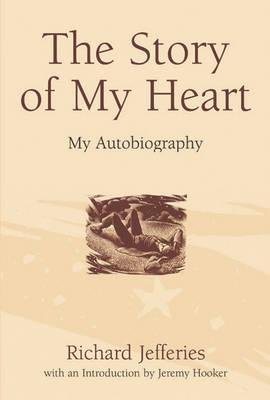 Jefferies appears to have been blessed with the ability of pure perception, whether through his illness or his inherited genes [or both] we will never know, but his powers of perception drew many admirers.  Walter Besant wrote: "Why, we must have been blind all our lives; here were the most wonderful things possible going on under our very noses, but we saw them not."

The next book - Story of my heart written in 1883 - owes everything to TB and grief.  After a series of painful operations, Jefferies moved to West Brighton to convalesce and at this time he wrote his extraordinary autobiography, in pain, still with undiagnosed TB.  To add to this terrible combination of suffering, his third child – a little boy called Richard – died suddenly of meningitis.  Jefferies was so grief stricken, he could not attend the funeral.

Jefferies had been planning the work for seventeen years, but suddenly this huge burden of pain, illness and grief provided him with the spur to start and, in his words, it was 'absolutely and unflinchingly true'. It was not an autobiography of the events of his life, but an outpouring of his deepest thoughts and feelings.  And it is hugely spiritual. 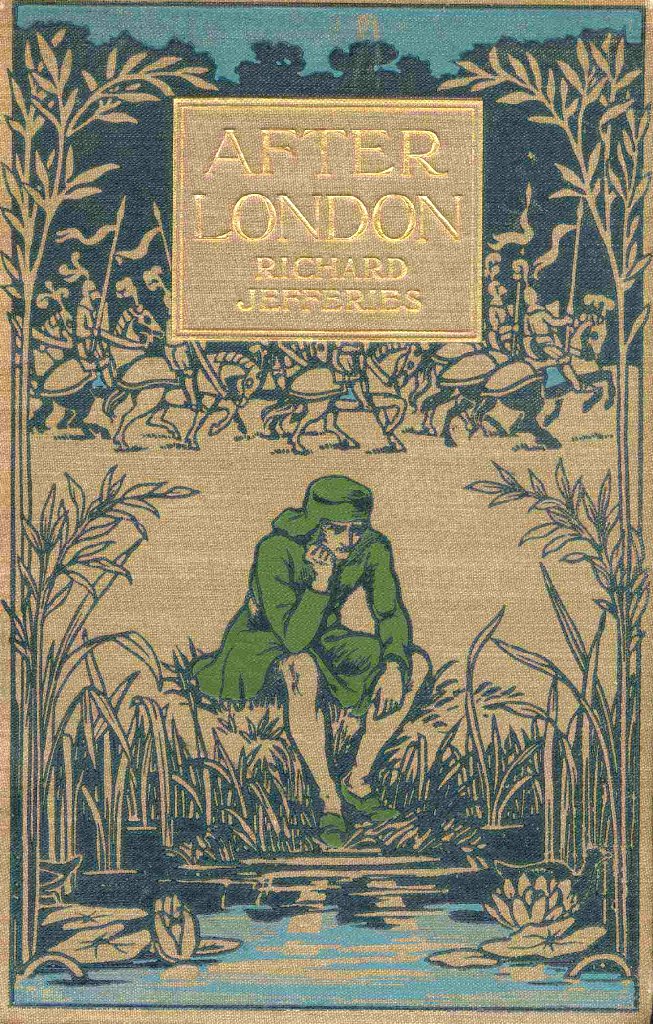 Jefferies was in my view a mystic.  But clearly a closet mystic.  He felt closer to nature than he did humanity in its urban and industrialised state.  In his later book After London, he describes the fall of civilisation and its consequences, with a loving description of nature reclaiming England: fields becoming overrun by forest, domesticated animals running wild, roads and towns becoming overgrown, the hated London reverting to lake and swamp.

What intrigues me about this book is whether Jefferies was also capable of prophecy.  His descriptions have prompted many admirers and critics to comment on how graphic his depictions are of the resulting "Wild England", with its 'disturbing and surreal description of the site of the fallen city'.  Jefferies' interest in this subject predates After London: two short unpublished pieces from the 1870s, describe social collapse after London is paralysed by freak winter conditions. Given the predictions scientists are now making on the effects of global warming this has a rather eerie ring of truth about it.  Jefferies always writes in the character of a future historian piecing the story together from surviving accounts, almost as though he is. 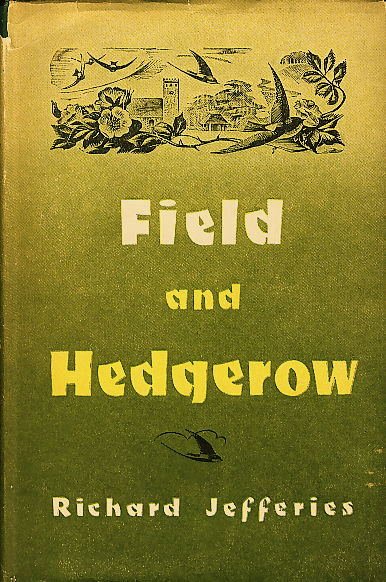 Illness and resulting lower productivity eventually impoverished Jefferies; a  fund  arranged by benefactors enabled him to move nearer to the sea, to the Worthing suburb of Goring. Here, on 14 August 1887, he died of tuberculosis and exhaustion.

After his death, a number of posthumous collections were made of his writings previously published in newspapers and magazines, beginning with Field and Hedgerow (1889), edited by his widow.

New collections have appeared over the century following his birth, but even now not all have been reprinted in book form.

Early works about Jefferies include three by Henry Stephens Salt:

Henry Williamson  edited a collection of Jefferies' writings with a title that indicates the great regard that he held for Jefferies: