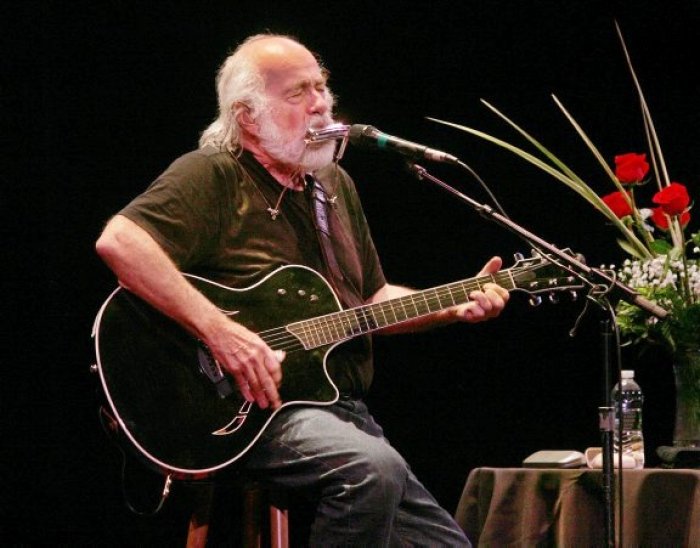 Robert C. Hunter (born June 23, 1941) is an American lyricist, singer-songwriter, translator, and poet, best known for his work with the Grateful Dead.  Robert was born Robert Burns in Oceano, California.

Robert was one of the ‘victims’ of the MKUltra project.  Along with Ken Kesey, the author of One Flew Over the Cuckoo's Nest, Hunter was an early volunteer MKUltra test subject at Stanford University. Stanford test subjects were paid to take LSD, psilocybin, and mescaline, then report on their experiences. In contrast to perhaps the vast majority of the people who unwittingly became involved in this programme, Robert has said his experiences actually helped, or as Wikipedia puts it they became “creatively formative for Hunter”.

Project MKUltra—sometimes referred to as the CIA's mind control program—is the code name given to a program of experiments on human subjects, at times illegal, designed and undertaken by the United States Central Intelligence Agency.

In 1945 the Joint Intelligence Objectives Agency was established and given direct responsibility for Operation Paperclip. This became the precursor to MKUltra.  The program recruited former Nazi scientists, some of whom had been identified and prosecuted as war criminals during the Nuremberg Trials.

Experiments on humans were intended to identify and develop drugs and procedures to be used in interrogations and torture, in order to weaken the individual to force confessions through mind control.

The operation began in the early 1950s, was officially sanctioned in 1953, was reduced in scope in 1964, further curtailed in 1967, and supposedly halted in 1973, except that there are indications it is ongoing under other code names. The program engaged in many illegal activities, including the use of unwitting U.S. and Canadian citizens as its test subjects, which led to controversy regarding its legitimacy.

MKUltra used numerous methodologies to manipulate people's mental states and alter brain functions, including the surreptitious administration of drugs (especially LSD) and other chemicals, hypnosis, sensory deprivation, isolation, verbal and sexual abuse, as well as other forms of psychological torture.

The scope of Project MKUltra was broad, with research undertaken at 80 institutions, including 44 colleges and universities, as well as hospitals, prisons, and pharmaceutical companies. The CIA operated through these institutions using front organizations, although sometimes top officials at these institutions were aware of the CIA's involvement.

CIA documents suggest that "chemical, biological and radiological" means were investigated for the purpose of mind control as part of MKUltra. A secret memorandum granted the MKUltra director up to six percent of the CIA research budget in fiscal year 1953, without oversight or accounting. An estimated $10 million USD (well over $87.5 million adjusted for inflation) or more was spent.

Once Project MKUltra officially got underway in April 1953, experiments included administering LSD to mental patients, prisoners, drug addicts, students and the hard-up and prostitutes—"people who could not fight back," as one agency officer put it.

In one case LSD was administered to a mental patient in Kentucky for 174 days. LSD was also administered to CIA employees, military personnel, doctors, other government agents, and members of the general public in order to study their reactions. LSD and other drugs were usually administered without the subject's knowledge or informed consent, a violation of the Nuremberg Code that the U.S. agreed to follow after World War II. The aim of this was to find drugs which would irresistibly bring out deep confessions or wipe a subject's mind clean and program him or her as "a robot agent." 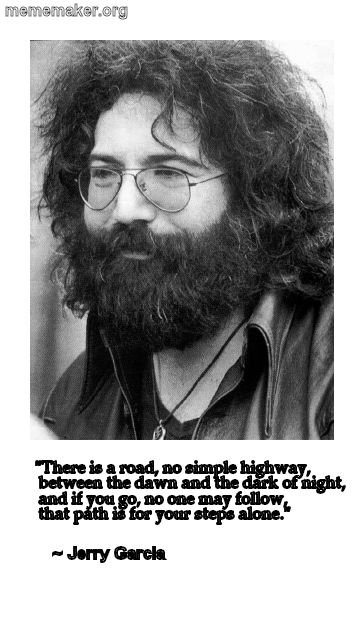 Around 1962, Hunter was paid to take LSD, psilocybin, and mescaline and report on his experiences.

The first lyrics he wrote for the Grateful Dead were composed while on LSD, and mailed to the band from Arizona: a suite that would later become "China Cat Sunflower"/"The Eleven" (these were performed together for a short time).

Robert became a drug addict.  Rather endearingly Wikipedia phrases it thus “After battling moderate drug addiction, he abandoned his Joycean/Western vision quest and joined his old friend's band, the Grateful Dead, on the first weekend in September 1967”.  I am a little at a loss as to what moderate drug addiction is, but at least he battled.

It is worth noting that in other experiments on Project MKUltra, people were given LSD without their knowledge, then interrogated under bright lights. The subjects were told that their "trips" would be extended indefinitely if they refused to reveal their ‘secrets’.  Long-term debilitation and several deaths reportedly resulted from this. Another technique investigated was connecting a barbiturate IV into one arm and an amphetamine IV into the other. The barbiturates were released into the person first, and as soon as the person began to fall asleep, the amphetamines were released. The person would then begin babbling incoherently, and “it was sometimes possible to ask questions and get useful answers”.

Robert and the Grateful Dead

Garcia once described Hunter as "the band member who doesn't come out on stage with us." The majority of the Grateful Dead's early songs are Hunter/Garcia collaborations, where Garcia composed the music and Hunter wrote the lyrics.

Wikipedia
Hunter called 1970's "Friend of the Devil" the closest he and Garcia came to writing a classic song. Hunter's best-known line is probably What a long, strange trip it's been, from that year's "Truckin'".
In 1974, Hunter released the solo album Tales of the Great Rum Runners featuring himself as a singer songwriter. It was followed the next year by Tiger Rose. Neither attracted a large audience.

Since the dissolution of the Grateful Dead in 1995 Hunter has continued his writing career, working on new songs with a host of other people - Jim Lauderdale, Greg Anton, Steve Kimock, David Nelson, Pete Sears, and Rob Barraco, among others. “He also is seen occasionally playing solo acoustic guitar and performing his classic works, as well as newer songs. “