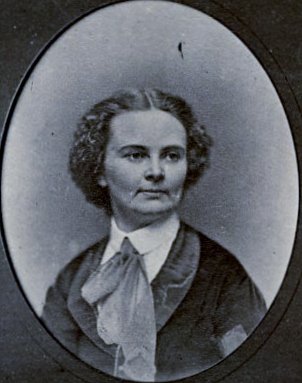 Harriet Goodhue Hosmer (October 9, 1830 – February 21, 1908) was an American neoclassical sculptor, one of the leading female sculptors working in Rome in the 19th century and perhaps the only one to win complete financial independence through her artistic work.

Up until the end of the 1800s, Hosmer lived mainly in England, making frequent visits to Rome. She maintained a large studio and enjoyed a considerable income from her work. Technically her work is excellent, but it is a little cold and just a bit too technically well executed, somehow it lacks a sense of humanity, of sensuous feeling, of inspiration -   “critical estimation of her Neoclassical style never afterward placed her in the first rank of artists”.  So why is she on the site?

Because she saw a ghost! 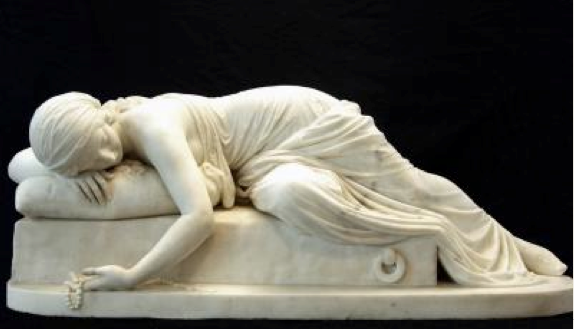 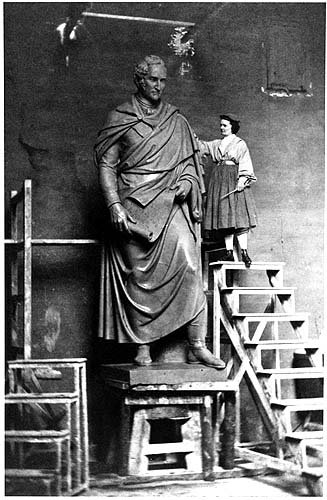 In 1860 she was commissioned by the state of Missouri to produce
a monumental bronze statue of Senator Thomas Hart Benton; the
finished work was placed in Lafayette Park, St. Louis, in 1868.

Harriet Hosmer was born on October 9, 1830 at Watertown, Massachusetts, and completed a course of study at Sedgewick School in Lenox, Massachusetts.

Her mother and three siblings died during her childhood. She was a ‘delicate child’, and was encouraged by her father, physician Hiram Hosmer, to pursue a course of physical training by which she became expert in rowing, skating, and riding.

He also encouraged her artistic passion. She travelled alone in the wilderness of the western United States, and visited the Dakota Indians.

She showed an early aptitude for modelling, and studied anatomy with her father. Through the influence of family friend Wayman Crow she attended the anatomical instruction of Dr. Joseph Nash McDowell at the Missouri Medical College (then the medical department of the state university). She then studied in Boston and practiced modelling at home until November 1852, when, with her father she went to Rome, where from 1853 to 1860 she was the pupil of the Welsh sculptor John Gibson, and she was finally allowed to study live models. 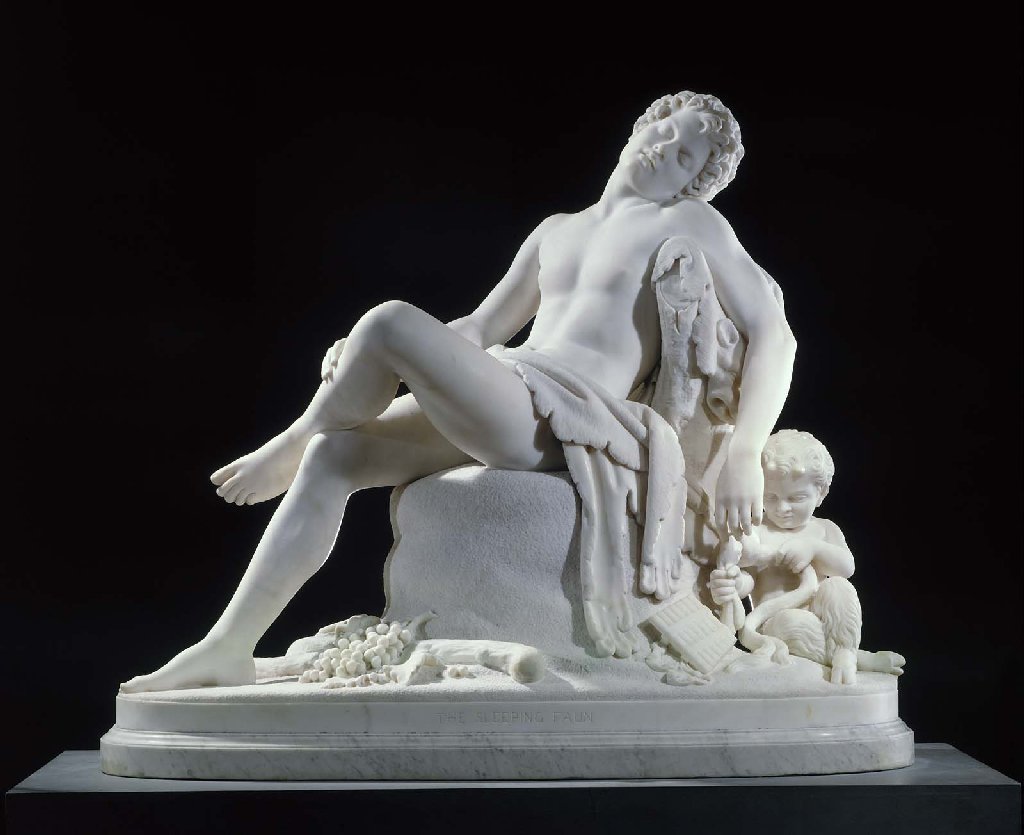 In 1865 her Sleeping Faun was purchased by Sir Benjamin Guinness
for the city of Dublin.

Hosmer was encouraged by the actress Fanny Kemble to pursue her natural talent in the art of sculpture. She established a studio at home and made what progress she could on her own, while furthering her knowledge of anatomy by taking private lessons at the medical school of St. Louis (Missouri) University. In 1852 she travelled to Rome to study under the British sculptor John Gibson while living with an older friend, the actress Charlotte Cushman. As Hosmer developed as an artist, she became a favourite in the circles of English and American expatriates in Rome, counting Robert and Elizabeth Barrett Browning among her friends. A group including Hosmer and fellow sculptors Edmonia Lewis and Emma Stebbins was later famously, and slightly disparagingly, referred to as the “white marmorean flock” by the author Henry James. 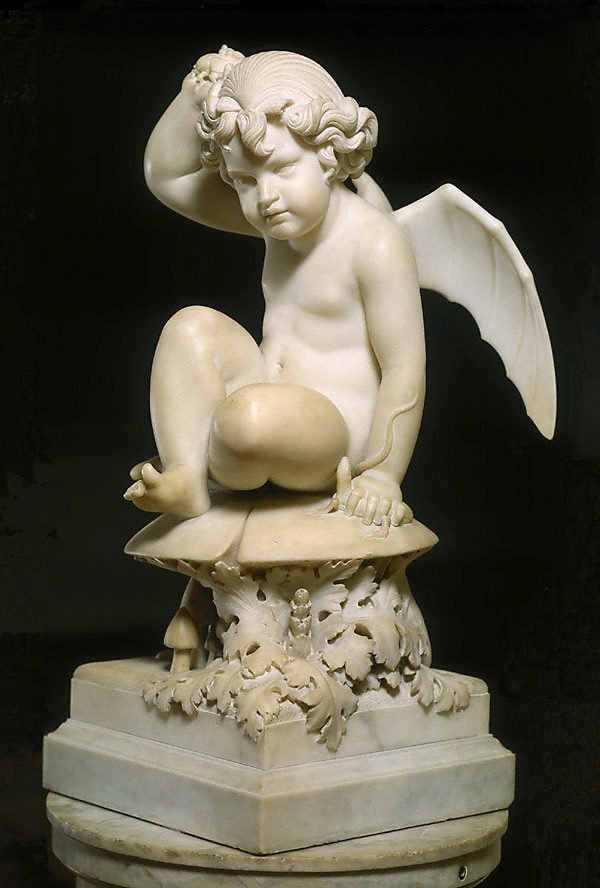 An 'amusing figure of Puck' (1855), proved a great success: 50 copies
were sold, including one to the Prince of Wales (later Edward VII)

While living in Rome, she associated with a colony of artists and writers that included Nathaniel Hawthorne, Bertel Thorvaldsen, William Makepeace Thackeray, and the two female Georges, Eliot and Sand. When in Florence, she was frequently the guest of Elizabeth Barrett and Robert Browning at Casa Guidi.

Hosmer was drawn to the Neoclassical style, which was easy to study given her presence in Rome. She enjoyed studying mythology, and she created various representations of mythological icons (like the sculpture of The Sleeping Faun)

Later in life, Hosmer also designed and constructed machinery, and devised new processes, especially in connection with sculpture, such as a method of converting the ordinary limestone of Italy into marble, and a process of modelling in which the rough shape of a statue is first made in plaster, on which a coating of wax is laid for working out the finer forms.

Hosmer died at Watertown, Massachusetts, on February 21, 1908, and is buried in the family plot at Mount Auburn Cemetery, Cambridge.

In 1856 Hosmer delivered her first commissioned work, Oenone, to the father of a former classmate in St. Louis. 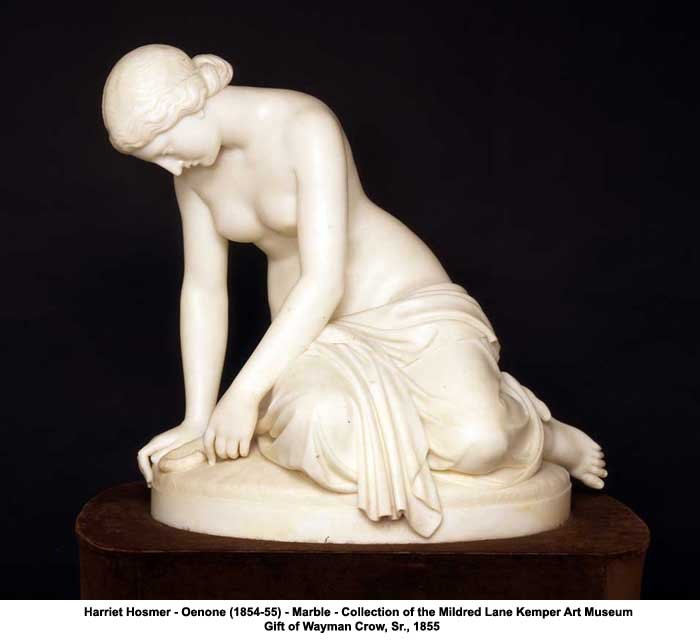