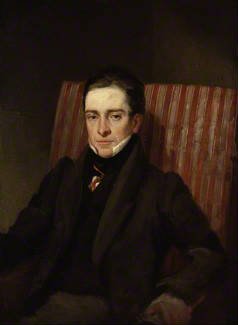 Thomas Hood (1799 –1845) was a British humorist and poet.  He was born in London.  His works include Odes and Addresses   —his first work—The Plea of the Midsummer Fairies (1827) and a dramatic romance, Lamia. The Plea of the Midsummer Fairies was a volume of serious verse. But because he was known as a humorist, the public rejected this little book almost entirely at the time.

Hood’s father died in 1811, when he was 12 and Mrs Hood moved to Islington.  There Hood had a schoolmaster who, appreciating his talents, "made him feel it impossible not to take an interest in learning while he seemed so interested in teaching." Hood left his private school master at 14 years of age and was admitted soon after into the counting house of a friend of his family, however, the work affected his health, which was never strong, and he began to study engraving instead.   His studies enabled him later to illustrate his work.  The labour of engraving was no better for his health than the counting house had been, and Hood was sent to his father's relations in Dundee, Scotland.

In Dundee, Hood made a number of close friends with whom he continued to correspond for many years, led a healthy outdoor life, and also became a large and indiscriminate reader. It was also during his time here that Hood began to seriously write poetry.  Hood used to write out his poems in printed characters, believing that the process best enabled him to understand his own peculiarities and faults.  ‘He was probably unaware that Samuel Taylor Coleridge had recommended some such method of criticism when he said he thought "print settles it."

Thus after the initial psychological trauma caused by his father’s death,  it is communing with nature and love [in the form of friendship] that were his biggest spiritual drivers at this time. He also had genuine humility.  The fact that he was a sickly person also indicates that inherited genes played a part.  Finally, he also had a very well developed sense of humour and thus we can add laughing to the list.  The series of the Comic Annual, which he managed, covered serious events but using humour.  He especially loved puns which must have meant he was well suited to spiritual input because it is full of puns.

And when I speak. My voice is weak,
But hers—she makes a gong of it;
For I am small, And she is tall,
And that's the short and long of it!

"However critics may take offence,
A double meaning has double sense."

His health took a severe nose dive during his late thirties and “from a sick-bed, from which he never rose, he conducted his work, and there composed well known poems, such as the "Song of the Shirt" "The Bridge of Sighs" and "The Song of the Labourer" They are plain, solemn pictures of conditions of life which appeared shortly before Hood's own death in May 1845”.  During this time he suffered extreme pain.

Prolonged illness brought on straitened circumstances; and application was made by a number of Hood's friends to Sir Robert Peel to place Hood's name on the pension list with which the British state rewarded literary men, and in the last few months of Hood's life Peel awarded Jane Hood the sum of 100 Pounds without her husband's knowledge, to alleviate the family's debts. The pension that Peel's government had bestowed upon Hood was continued to his wife and family after his death. Jane Hood, who also suffered from poor health and had expended tremendous energy tending to her husband in his last year, died only 18 months after Hood.

“Oh sad, marvelous picture of courage, of honesty, of patient endurance, of duty struggling against pain! ... Here is one at least without guile, without pretension, without scheming, of a pure life, to his family and little modest circle of friends tenderly devoted." [William Makepeace Thackeray]