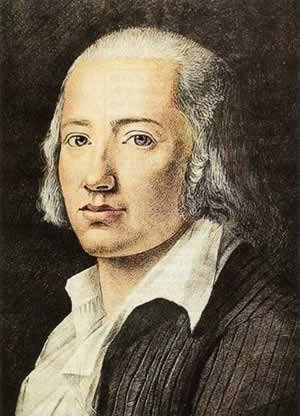 But he shows all the signs of being a mystic.

Hölderlin had a genuine deep belief – a ‘knowing’ - in divinity;  not only a spiritual world, but a world populated by numerous spirits - a deeply personal fusion of Greek mythic figures and romantic nature mysticism – spirit beings.  In effect Holderlin believed and had probably seen the terrestrial and celestial hierarchy.  Especially interesting is that Hölderlin also wrote on philosophical subjects which were spiritual in nature.  Works, such as the essays "Das Werden im Vergehen" ("Becoming in Dissolution") and "Urteil und Sein" ("Judgement and Being") influenced his university friends Hegel and Schelling.   And he understood the stages of the spiritual path.

Holderlin suffered from unrequited love almost his entire life, coupled by grief and finally mental illness caused by these two events.  Despite, or maybe because of this, his poems are widely recognized today as one of the highest points of German literature, but his mysticism seems little recognised. 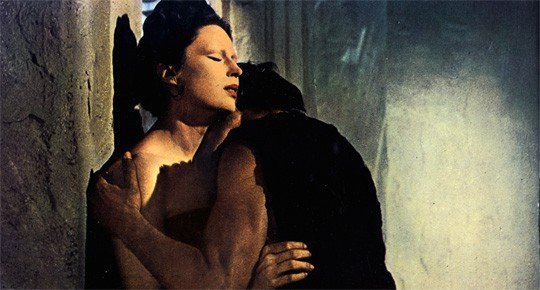 Hölderlin was little known or understood during his lifetime, and slipped into obscurity shortly after his death; his mental illness and reclusion made him fade from his contemporaries.  Wilhelm Waiblinger, who visited Hölderlin repeatedly in 1822-3, urged the necessity of issuing an edition of his poems and the first collection of his poetry was issued by Uhland and Schwab in 1826. Sadly, they omitted anything they suspected might be 'touched by insanity'. A second, enlarged edition with a biographical essay appeared in 1842, the year before Hölderlin’s death.

Only in 1913, did Norbert von Hellingrath bring out the first two volumes of what eventually became a six-volume edition of Hölderlin's poems, prose and letters (the 'Berlin Edition', Berliner Ausgabe). For the first time, Hölderlin's hymnic drafts and fragments were published and it became possible to gain some overview of his work in the years between 1800 and 1807, which had been only sparsely covered in earlier editions. The Berlin edition and von Hellingrath's impassioned advocacy of Hölderlin's work shifted the emphasis of appraisal from his earlier elegies to the enigmatic and grandiose later hymns. 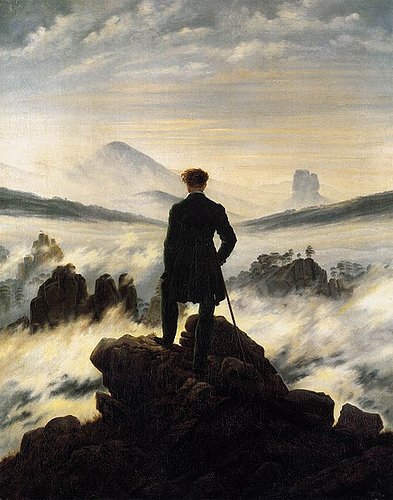 The Berlin edition was to some extent superseded by the Stuttgart Edition (Grosse Stuttgarter Ausgabe) edited by Friedrich Beissner and Adolf Beck, which began publication in 1943 and eventually saw completion in 1986. A third complete edition, the Frankfurt Critical Edition (Frankfurter Historisch-kritische Ausgabe), began publication in 1975 under the editorship of Dietrich Sattler; it is still in progress.

Hölderlin was born in Lauffen am Neckar in the Duchy of Württemberg. His father, the manager of a church estate, died when the boy was two years old. He was brought up by his mother, who in 1774 married the Mayor of Nürtingen and moved there. He had a full sister, born after their father's death, and a half-brother. His stepfather died when he was nine. He went to school in Denkendorf and Maulbronn and then studied theology at the Tübinger Stift, where his fellow-students included Georg Wilhelm Friedrich Hegel, Friedrich Wilhelm Joseph Schelling (who had been a fellow-pupil at his first school) and Isaac von Sinclair.

It has been speculated that it was probably Hölderlin who brought to Hegel's attention the ideas of Heraclitus about the union of opposites, which the philosopher would develop into his concept of dialectics. Finding he could not sustain a Christian faith, Hölderlin declined to become a minister of religion and worked instead as a private tutor. In 1793–94 he met Friedrich Schiller and Johann Wolfgang Goethe and began writing his epistolary novel Hyperion. During 1795 he enrolled for a while at the University of Jena and met Novalis. 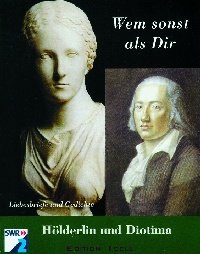 As a tutor in Frankfurt am Main from 1796 to 1798 he fell in love with Susette Gontard, the wife of his employer, the banker Jakob Gontard. The feeling was mutual, and this relationship was the most important in Hölderlin's life. Susette is addressed in his poetry under the name of 'Diotima'. Their affair was discovered and Hölderlin was harshly dismissed. He lived in Homburg from 1798 to 1800, meeting Susette in secret once a month and attempting to establish himself as a poet, but he was plagued by money worries, having to accept a small allowance from his mother. He worked on a tragedy in the Greek manner, Empedokles, producing three versions, all unfinished.

Holderlin was diagnosed as suffering from a severe "hypochondria", a condition that would worsen after his last meeting with Susette Gontard in 1800. After a tour of Europe, he arrived home in Nürtingen both physically and mentally exhausted. Susette died from influenza in Frankfurt in 1802. 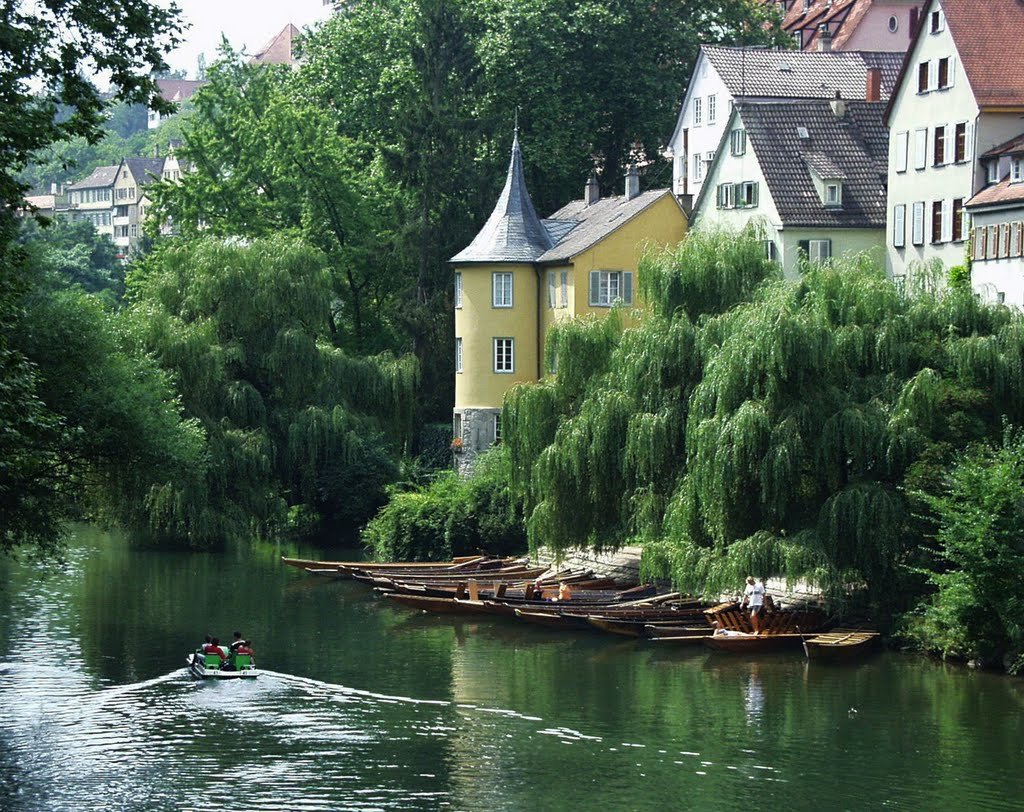 The tower where Holderlin lived, in Zimmer's house

After some time in Nürtingen he was taken to the court of Homburg by Sinclair, who found a sinecure for him as court librarian, but in 1805 Sinclair was denounced as a conspirator and tried for treason. Hölderlin was in danger of being tried too but was declared mentally unfit to stand trial. The state of Hesse-Homburg was dissolved the following year after the Battle of Jena.

On 11 September Hölderlin was delivered into the clinic at Tübingen for the mentally ill. The following year he was discharged as incurable, but was taken in by the carpenter Ernst Zimmer and given a room in his house in Tübingen, [see observation for more details] The poet lived for 36 years in the modestly furnished room. Zimmer and his family cared for Hölderlin until his death in 1843. 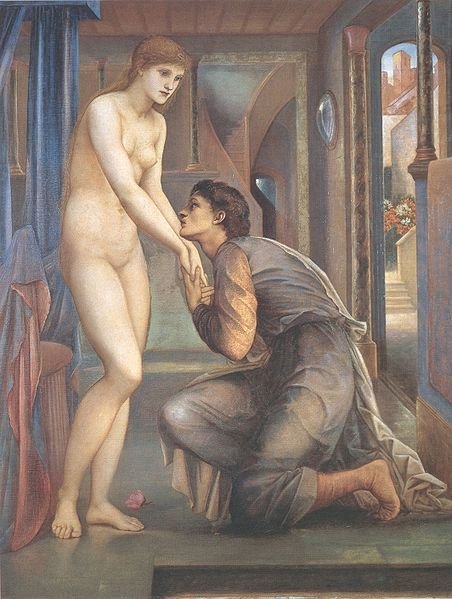 Hölderlin's own family did nothing to support him but instead petitioned (successfully) for his upkeep to be paid by the state. His mother and sister never visited him, and his stepbrother only once. His mother died in 1828: his sister and stepbrother quarrelled over the inheritance, arguing that too large a share had been allotted to Hölderlin, and tried unsuccessfully to have the will overturned in court.

Neither of them attended his funeral, nor had the (now famous) friends of his childhood, Hegel and Schelling, had anything to do with him for years; the Zimmer family were his only mourners. His inheritance, including the patrimony left him by his father when he was two, had been kept from him by his mother and was untouched and continually accruing interest.

He died a rich man, and never knew it.