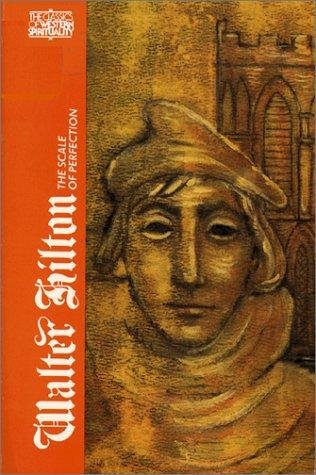 Walter Hilton (c. 1340–45 – 24 March 1396) was an English Augustinian, probably originally from Lancashire.  In the early 1380s, Hilton turned away from the world and became a solitary, as he mentions in his earliest extant work, the Latin letter De Imagine Peccati (On the Image of Sin).

Not long after, in his Latin epistle of spiritual counsel, De Utilitate et Prerogativis Religionis (On the Usefulness and Prerogatives of Religion), Hilton showed himself open to the possibility of joining a religious community.  Hilton eventually did join a community – 1386 is often suggested as the date of his entry as an Augustinian Canon Regular into Thurgarton Priory in Nottinghamshire.

Little is known of his life, save that described above – that he was the head of a house of Augustinian Canons at Thurgarton – but also that he was closely in touch with the Carthusians, though not a member of that order. 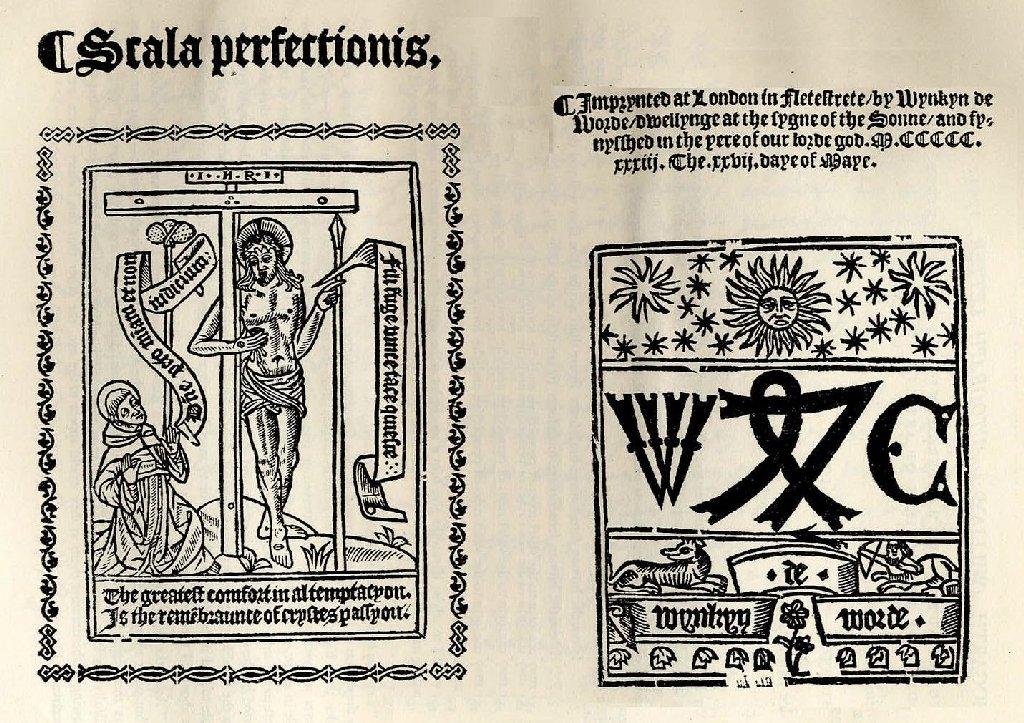 Hilton is perhaps best known for his book describing the spiritual path - Scala Perfectionis.  It describes many of the stages we also have described on the site – Rebirth, Purification and so on.  Rebirth experiences were called the ‘Dark Night of the Soul’ in Walter’s day, although his description seems a little tame in comparison with the experiences most people have to go through.  The description then proceeds on to ecstasy and unity [moksha], although there is no recognition of annihilation.

A man of great sanctity, his spiritual writings were widely influential during the fifteenth century in England. The most famous of these is the "Scala Perfectionis", or "Ladder of Perfection", in two books, first printed by Wynkyn de Worde in 1494.

This work may be described as a guide-book for the journey to the spiritual Jerusalem, which is "contemplation in perfect love of God". The soul is reformed to the image and likeness of God, first in faith only, and then in faith and in feeling. Speeded by humility and love, it passes through the mystical dark night, which "is nought else but a forbearing and a withdrawing of the thought and of the soul from earthly things by great desire and yearning for to love and see and feel Jesus and spiritual things.”

By the gift of love all the vices are destroyed, and the soul at length becomes a perfect lover of Jesus, "fully united to Him with softness of love". His presence is the life of the soul, even as the soul is the life of the body. Purified to know His secret voice, its spiritual eyes are opened to see His workings in all things and to behold His blessed nature. 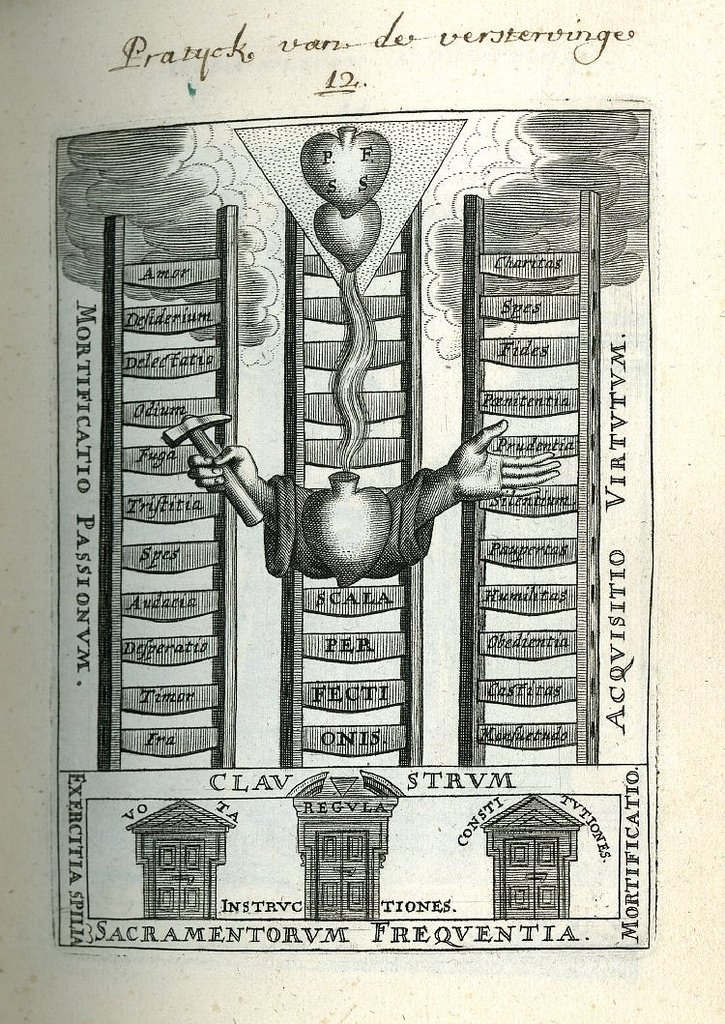 Both Wikipedia and the Catholic encyclopedia classify Walter as a mystic, but then openly admit that Hilton's mystical system is, in the main, a simplification of that of Richard of St. Victor, and, like Richard, he “humbly disclaims any personal experience of the Divine familiarity which he describes”.

In other words, this is a theoretical account, and he is not a mystic.

He further says that “I have not the grace of contemplation himself in feeling and in working, as I have it in talking".

At least we can be grateful for his honesty.

The book is distinguished by beauty of thought and simplicity of expression; it is illustrated by homely, but effective imagery, and in spite of its high spirituality it is full of practical guidance. "A soul", it concludes "that is pure, stirred up by grace to use this working, may see more of such spiritual matter in an hour than can be writ in a great book." It was translated into Latin, as "Speculum Contemplationis", or "Bacculum Contemplationis", by Thomas Fyslawe, a Carmelite. 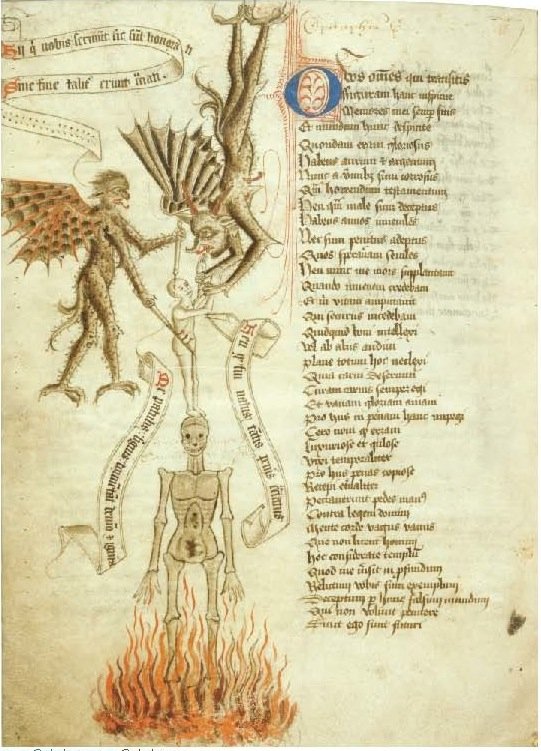 “a soul pulled from his corpse (here a skeleton with its feet in the fires of
Hell) by a hairy demon with horns, a hooked nose and face emerging from
his chest, as another with faces on his knees claws at his stomach and
stabs him in the head with two halves of a broken pilgrim’s staff.”

Homely would not be the immediate word that springs to mind in relation to the images.  Although we would have to concur that the image shown right from the book is indeed striking - effective - as they put it.  Even if it is a work of pure fiction.

Hilton [without any experience to back it up, remember] appears to have a strange conception of Hell and what happens on death, unrelated to any experience we have come across.

Two other treatises by Hilton were printed in 1506 and 1521 by Pynson and Henry Pepwell, respectively:

"To a Devout Man in Temporal Estate", and "The song of Angels".

To a Devout Man in Temporal Estate contains spiritual counsel for the guidance of a religious man of wealth and social position in the world, one of those to whom the mixed life, that is both active and contemplative, pertains; it shows how the external works that such a one has to perform may be made acceptable to God, and a means to inflame the desire to Him and to the sight of spiritual things.
The song of Angels is more purely mystical, dealing with the Divine visitations and spiritual consolations vouchsafed to a contemplative soul on earth that is in perfect charity and purified by the fire of love. 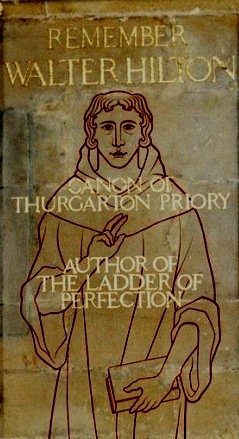 Again, it is very unclear whether Walter was simply recording the experiences of others or writing from first-hand experience.

A number of other works, attributed with more or less probability to Hilton, remain still unpublished.

A curious tradition, dating from manuscripts of the fifteenth century, attributes to him a treatise both in Latin and in English, entitled "Musica Ecclesiastica", which is identical with the first three books of the "De Imitatione Christi".
For this reason, the latter work, now almost universally assigned to Thomas à Kempis, has been frequently ascribed to Hilton. The probable explanation is that the "De Imitatione" reached England anonymously, and when translated into English was naturally attributed to the one mystical writer whose name was universally known throughout the land.

Hilton died on 24 March 1396, still in his role as an Augustinian Canon Regular at Thurgarton Priory. He is honoured in the Church of England on 24 March and in the Episcopal Church (USA) on 28 September, together with Richard Rolle [who was a genuine mystic] and Margery Kempe.

The Scale of Perfection - survives in some 62 manuscripts, including 14 of a Latin translation (the Liber de Nobilitate Anime) made around 1400 by Hilton's contemporary in Cambridge and Ely, the Carmelite friar Thomas Fishlake (or Fyslake). In this translation the Scale became the first work written originally in English to circulate on the European continent. With the revival of the Roman Catholic Church in England in the 19th century, a modernised version of a 1659 edition was issued by Fr J. B. Dalgairns in 1870. Evelyn Underhill published an edition of the Scale in 1923.

Given that this is a work, essentially, of fiction, this is quite an achievement.

We have one observation for Hilton, where although he is not describing anything from direct experience, the description is not too bad.