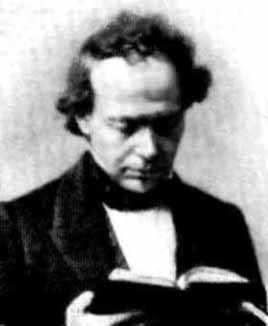 An inspiring teacher, Hermite strove to cultivate admiration for the beauty of the creation in his students, whilst stressing the need for intuitive thinking. His published courses of lectures have had considerable influence on others even after his death. His important original contributions to pure mathematics, published in the leading mathematical journals of the world, dealt chiefly with Abelian and elliptic functions and the theory of numbers. In 1858 he solved the equation of the fifth degree by elliptic functions; and in 1873 he proved e, the base of the natural system of logarithms, to be transcendental. This last was used by Ferdinand von Lindemann to prove in 1882 the same for π. 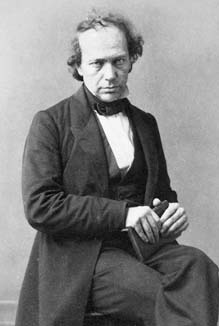 Again, his parting indicates he is left handed

He was also a very generous man.  His correspondence with Thomas Stieltjes testifies to the great support he gave those entering scientific life.  In a letter to Thomas Joannes Stieltjes in 1893, however, Hermite remarked: "I turn with terror and horror from this lamentable scourge of continuous functions with no derivatives."

Hermite was born in Dieuze, Moselle on 24 December 1822,  with a deformity in his right foot which would affect his gait for the rest of his life. He was the sixth of seven children of Ferdinand Hermite, and his wife Madeleine Lallemand. His father worked in his mother's family drapery business, but also pursued a career as an artist.

Hermite wanted to study at the École Polytechnique and in 1841 he took a year preparing for the examinations and was tutored by Catalan.  In 1842 his wish came true. However, after one year Hermite was refused the right to continue his studies because of his disability (École Polytechnique is to this day a military academy). He had to fight to regain his place which he won, but with strict conditions imposed. Hermite found this unacceptable and decided to leave the École Polytechnique without graduating.

As a boy he read some of the writings of Joseph Louis Lagrange on the solution of numerical equations, and of Carl Gauss on the theory of numbers. In 1842, his first original contribution to mathematics, in which he gave a simple proof of the proposition of Niels Abel concerning the impossibility of obtaining an algebraic solution for the equation of the fifth degree, was published in the "Nouvelles Annales de Mathématiques". 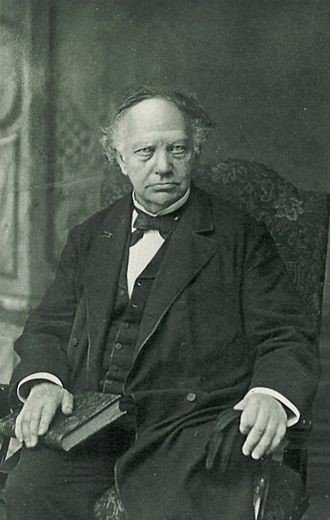 After spending five years working privately towards his degree, in which he befriended eminent mathematicians Joseph Bertrand, Carl Gustav Jacob Jacobi, and Joseph Liouville, he took and passed the examinations for the baccalauréat, which he was awarded in 1847. He married Joseph Bertrand's sister, Louise Bertrand in 1848.

In 1848, Hermite returned to the École Polytechnique as répétiteur and examinateur d'admission. In 1856 he contracted smallpox.

Through the influence of Augustin-Louis Cauchy and of a nun who nursed him, he resumed the practice of his Catholic faith.

On 14 July, of that year, he was elected to fill the vacancy created by the death of Jacques Binet in the Académie des Sciences. In 1869, he succeeded Jean-Marie Duhamel as professor of mathematics, both at the École Polytechnique, where he remained until 1876, and in the Faculty of Sciences of Paris,] which was a post he occupied until his death. From 1862 to 1873 he was lecturer at the École Normale Supérieure. Upon his seventieth birthday, on the occasion of his jubilee which was celebrated at the Sorbonne under the auspices of an international committee, he was promoted grand officer of the Légion d'honneur.