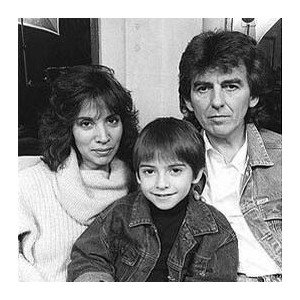 George Harrison, MBE (25 February 1943 – 29 November 2001) was an English musician, multi-instrumentalist, singer and songwriter and music and film producer who achieved international fame as the lead guitarist of the Beatles.

Whilst in the Beatles, he was somewhat eclipsed by Lennon and McCartney, however, once the Beatles split up George was able to record the backlog of songs he had written whilst with the Beatles and went on to produce a formidable collection of beautiful songs of his own. 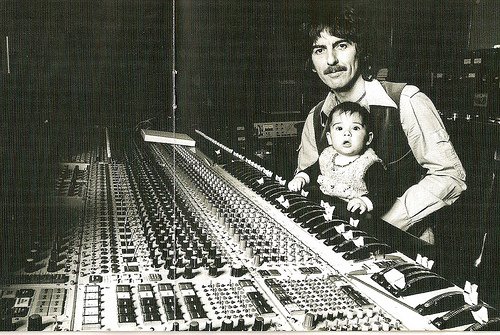 Of all the Beatles he was the most spiritually inclined and whereas John Lennon plunged into an abyss of drugs from which he was never to recover and from which we have few memorable songs, George - on little more than meditation - produced some of the most beautiful songs the Beatles ever wrote.

His interest in Indian classical music and culture not only helped him expand the range of instruments he was able to play to include the sitar [played for example on "Norwegian Wood (This Bird Has Flown)", but also extend his understanding of mysticism. He became a great admirer of Indian culture, introducing it to the other members of the Beatles and their Western audience by incorporating Indian instrumentation in their music. 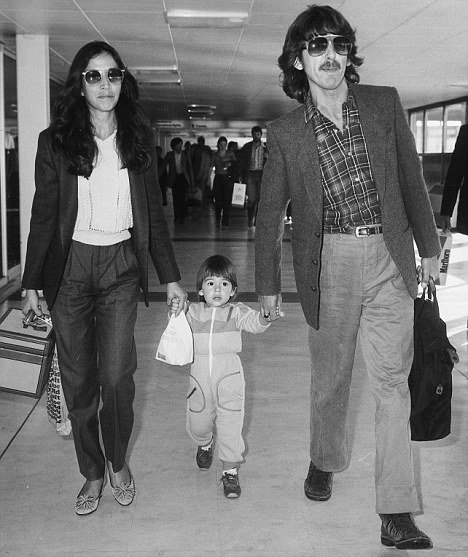 After the Beatles' break-up in 1970, Harrison released the triple album All Things Must Pass, from which two hit singles originated. He also organised the 1971 Concert for Bangladesh with Indian musician Ravi Shankar, a precursor for later benefit concerts such as Live Aid. Harrison was a music and film producer as well as a musician; he founded Dark Horse Records in 1974 and co-founded HandMade Films in 1978.

George went on to release several best-selling singles and albums as a solo performer, and in 1988 co-founded the 'platinum-selling supergroup' the Traveling Wilburys.

Harrison's first marriage, to model Pattie Boyd in 1966 ended in divorce in 1977. The following year he married Olivia Harrison (née Arias), with whom he had one son, Dhani Harrison. 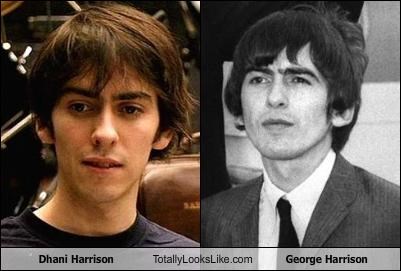 Harrison died in 2001, aged 58, from lung cancer.As he passed away Olivia said that the room was filled with Light.

He was cremated and his ashes were scattered in the Ganges and Yamuna rivers in India, in a private ceremony according to Hindu tradition. He left almost £100 million in his will.

For more details see the entry on the Beatles.  As some of his songs were performed with the Beatles, I have grouped all his songs pre and post Beatles under this section for ease of reference.