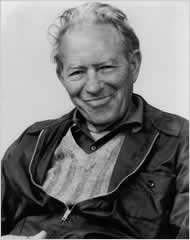 Edgar Yipsel Harburg (1896 –  1981), known as E.Y. Harburg or Yip Harburg, was an American popular song lyricist who worked with many well-known composers. He wrote the lyrics to the standards, "Brother, Can You Spare a Dime?", "April in Paris", and "It's Only a Paper Moon", as well as all of the songs in The Wizard of Oz, including "Over the Rainbow".

Of his work on The Wizard of Oz, his son (and biographer) Ernie Harburg said,

Yip also wrote all the dialogue in that time and the setup to the songs and he also wrote the part where they give out the heart, the brains and the nerve, because he was the final script editor. And he — there were eleven screenwriters on that — and he pulled the whole thing together, wrote his own lines and gave the thing a coherence and unity which made it a work of art. But he doesn’t get credit for that. He gets lyrics by E. Y. Harburg, you see. But nevertheless, he put his influence on the thing.

The Wizard of Oz is a spiritual experience described.  It contains just about every symbolic reference you are likely to find in any experience from rainbows to roads, streams to straw, metal [tin] to lions and so on.  It is the story of a spiritual journey – the spiritual path of all the characters. 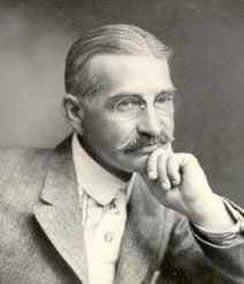 It is based on the 1900 novel The Wonderful Wizard of Oz by L. Frank Baum, but it is clear that Harburg had great empathy for the story and an understanding of the significance of the symbolism.  His interpretation is 'true' to the intent of the original, as such it is worth looking at both men together - he and Frank Baum.

Frank Baum can best be described as one of Aldous Huxley's 'barely viable' people.  Luckily he had a wife who was capable and competent and an inheritance gained from his father   Benjamin Ward Baum, an affluent oil baron. Raised at home, Baum had a sheltered upbringing. As a child, he was extremely shy and was diagnosed with a deficient heart.  He “spent considerable time playing with his imaginary friends and reading books”.  In 1882, Baum married Maud Gage, daughter of suffragist Matilda Joslyn Gage. His mother-in-law believed that Baum was 'idealistic' and wrote in a letter that he was "a perfect baby". However, she urged him to put to paper the many tales he had related to his sons. He was described as “an imaginative dreamer”.  He was thus naturally spiritually gifted – he was always an innocent and a child – the 'Fool' in the Tarot.

Harburg was the youngest of four surviving children (out of ten),  born to his Yiddish-speaking Orthodox Jewish parents.  He was a friend of Ira Gershwin, he was a pacifist and is described as 'a committed socialist'.  But this does not in any way convey his true character, for he was a man who fervently believed in the doctrine DON'T HURT.

After the first World War, he became co-owner of Consolidated Electrical Appliance Company. The company went bankrupt following the crash of 1929, leaving Harburg "anywhere from $50,000 - $70,000 in debt".  Harburg insisted on paying back his debts over the course of the next few decades. As such he was also a morally courageous and honest man.

After the bankruptcy, Ira Gershwin suggested that Yip should start writing song lyrics.  And so he did, working with Jay Gorney and composers Harold Arlen, Vernon Duke, Jerome Kern, Jule Styne, and Burton Lane.

His most famous Broadway show, Finian's Rainbow (1947) (perhaps the first Broadway musical with a racially integrated chorus line) featured  Harburg's "When the Idle Poor Become the Idle Rich".   Finian's rainbow has its own share of rainbows and leprechauns.

Yip Harburg was a victim of the 'Hollywood blacklist', when movie studio bosses blacklisted people for actual or suspected involvement or sympathy with the American Communist Party. No longer able to work in Hollywood, he nevertheless continued to write musicals for Broadway.

Yip Harburg died in 1981 from a heart attack.

Frank Baum eventually wrote thirteen novel sequels, nine  fantasy novels, and a host of other works (55 novels in total, plus four "lost" novels, 83 short stories, over 200 poems, and an unknown number of scripts).  He turned out to not only be spiritually highly attuned, but to have the gift of prophecy.  His works anticipated television, ‘augmented reality’, laptop computers (The Master Key), wireless telephones (Tik-Tok of Oz), women in high risk, action-heavy occupations (Mary Louise in the Country), and the ubiquity of advertising on clothing.

On May 5, 1919, Baum suffered from a stroke. He died quietly the next day, nine days short of his 63rd birthday.