Many of his songs are about his experiences in the Dust Bowl era during the Great Depression when he travelled with displaced farmers from Oklahoma to California and learned their traditional folk and blues songs.  His empathy for his fellow man earned him labels such as ‘communist’ and ‘socialist’, but Guthrie was beyond labels.  He just cared about humanity.

Not only did Guthrie love his fellow man he appears to have loved his fellow women too.  Guthrie was married three times and fathered eight children, including American folk musician Arlo Guthrie.

Guthrie had Huntington’s disease.  He died from complications of Huntington's disease, when he was only 55. 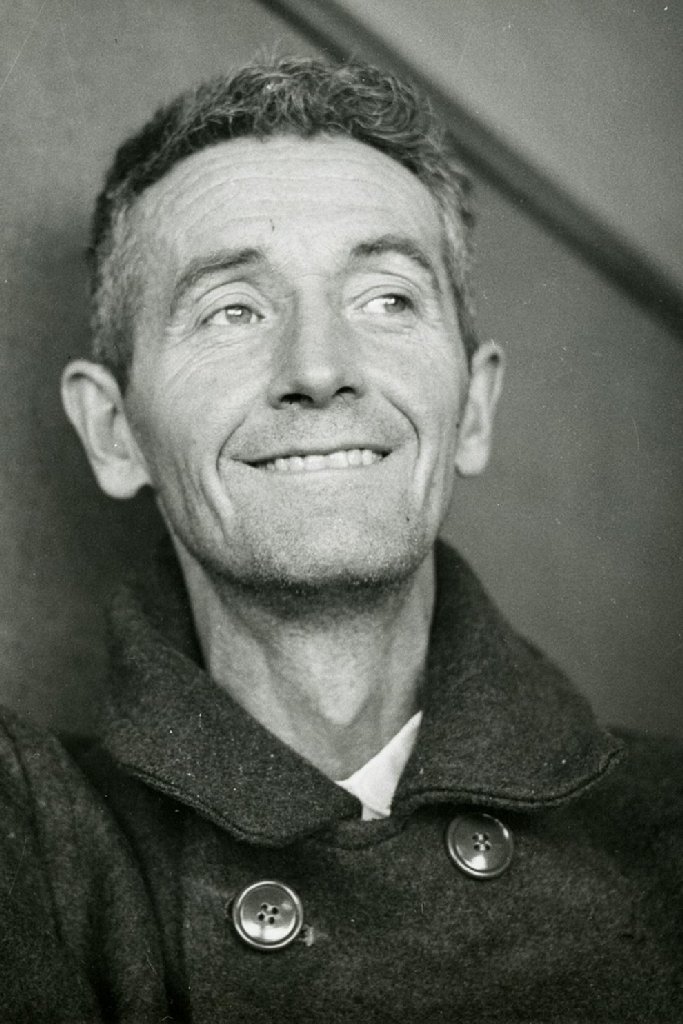 Symptoms stared to appear when Guthrie was still only in his mid ‘30s. His health had started to decline and his behaviour was becoming extremely erratic. He received various diagnoses (including alcoholism and schizophrenia), but it was only in 1952, it was finally determined that he was suffering from Huntington's disease.  Increasingly unable to control his muscles, Guthrie was hospitalized at Greystone Park Psychiatric Hospital in Morris County, New Jersey, from 1956 to 1961, at Brooklyn State Hospital (now Kingsboro Psychiatric Center) in East Flatbush until 1966, and finally at Creedmoor Psychiatric Center in Queens Village, New York, until his death in 1967.  His second wife Marjorie and the children visited Guthrie at Greystone every Sunday.

His death helped raise awareness of the disease and led Marjorie to help found the Committee to Combat Huntington's Disease, which became the Huntington's Disease Society of America. None of Guthrie's three remaining children with Marjorie [one child, Cathy, died as a result of a fire at the age of four] have developed symptoms of Huntington's. His first wife Mary Guthrie's son Bill died in an auto-train accident in Pomona, California, at the age of 23. Mary's other children, Gwendolyn and Sue, suffered from the disease and both died at 41 years of age. His third wife, Anneke’s child died in a car accident in California in 1973 at the age of 19.

During his later years, in spite of his illness, Guthrie served as a figurehead in the folk movement, providing inspiration to a whole generation of new folk musicians, including mentor relationships with Ramblin' Jack Elliott and Bob Dylan.  Songwriters such as Johnny Cash, Bruce Springsteen, Pete Seeger, and Tom Paxton have all acknowledged Guthrie as a major influence.

Tracing the outlines of Woody Guthrie's life can be maddening. His outpouring of songs, words, and images attests to the rare creative spirit which possessed him like a devil, or angel, more often both. He was a figure which many of us hold dear as an emblematic American symbol of outspoken and independence-minded social consciousness.
Drawn from Guthrie's collection of published and unpublished material in the Woody Guthrie Archives, including song lyrics, poems, prose, artwork--in short, every imaginable form of manuscript--the shadows that form and delineate Guthrie's life keep moving, much like dancing flames reflecting off a wall, illuminating some details while obscuring others.
Guthrie, of course, had no choice about Huntington's disease (HD) or how it would impact his life. Characteristically, he moved with it, sang with it, and even danced with it.
When HD finally silenced Guthrie in 1967, it nevertheless spurred his second wife, Marjorie Mazia, to action - action which continues today with the commitment and work of the Huntington's Disease Society of America (HDSA).
Was it tragic? Or just the natural course of the disease?
The interplay between artistry, inspiration, and devastation is what we explore here.  PMID:  11442329 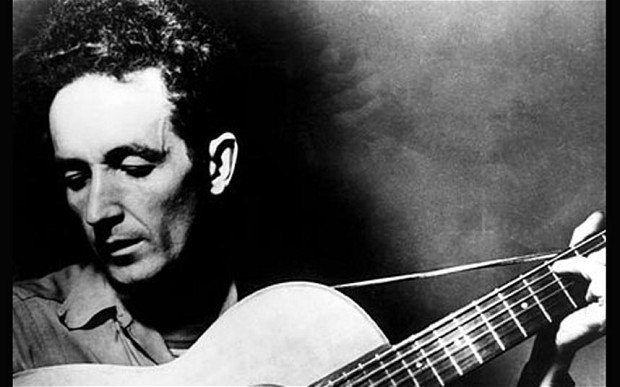 "This song is Copyrighted in U.S., under Seal of Copyright #154085, for a period of 28 years, and anybody caught singin' it without our permission, will be mighty good friends of ourn, cause we don't give a dern. Publish it. Write it. Sing it. Swing to it. Yodel it. We wrote it, that's all we wanted to do."

Guthrie’s  autobiography is called Bound for Glory, it was first published in 1943. It is vividly told in the artist's down-home dialect, with the flair and imagery of a true storyteller. A film adaptation of Bound for Glory was released in 1976.

Clifton Fadiman - New York Times
Someday people are going to wake up to the fact that Woody Guthrie and the ten thousand songs that leap and tumble off the strings of his music box are a national possession, like Yellowstone and Yosemite, and part of the best stuff this country has to show the world.