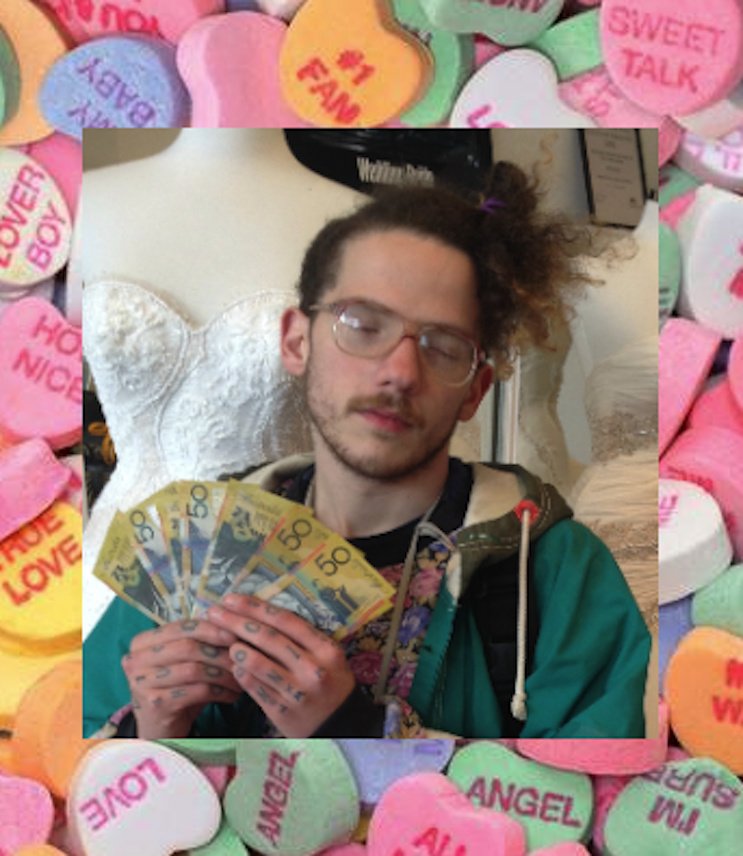 Grant Gronewald is an Australian artist based in Melbourne.  This affectionate article, is a good summary of Grant

You really don’t get many corners of the internet more candid and pure than that occupied by HTML Flowers. On his 56-page Tumblr he allows you deep, deep into his world through meticulous and unique drawings, photographs of his daily life and his outpourings of no-holds-barred writing.

Grant Gronewold suffers from Cystic Fibrosis, and his articulate ability to describe his condition with the utmost truth gives him equal vulnerability and power, making you instantly feel a rare kind of warmth towards him. His Tumblr is almost like a secret fan club in that Grant publicly responds to any questions sent his way via email and reveals almost every aspect of his day-to-day life in some shape or form for his very tight group of fans to enjoy.

His drawings? His drawings are some of the most magical, truthful, well-crafted pieces of work I have ever seen. It’s like he’s been practising since he was born to reach a stage of creative output that completely and utterly reflects his entire personality and outlook on life. Some are gifts and collaborations, some are etched onto the skin of people who love him like we do.

Grant is also close pals with Simon Hanselmann who we regard with similar kind of love and affection. Read a great interview with him about his work over on The Meander Journal.

I agree with Liv, his drawings are indeed quite magical.

This is his email address  sunsetgradient@gmail.com