Margot Grey is a Humanistic Psychologist, and a founder of the International Association for Near-Death Studies (IANDS); she lives in London. She is best known for a book released in 1985 which records near death experiences called Return from Death: An exploration of the Near Death experience. It is a very good book, clear, unbiased and well researched. Margot's research is made the more interesting because it is one of the earliest books on NDEs and was compiled by a trained psychologist – many of the other studies were compiled by doctors in medicine dealing with the dying, and thus having access to the data.

Margot also had her own near death experience, which I have included as an observation, but which I will precis here.

In February 1976, while traveling through India, I was struck down by a strange illness... I hovered on the brink of death... At some point during the process of passing in and out of consciousness I became aware that... I could rise up out of my body and remain in a state of levitation... Later on, I seemed to be traveling down an endless tunnel... A sense of exultation was accompanied by a feeling of being very close to the 'source' of life and love... On returning to England... I realised something very significant had occurred which I can only compare to a spiritual rebirth." 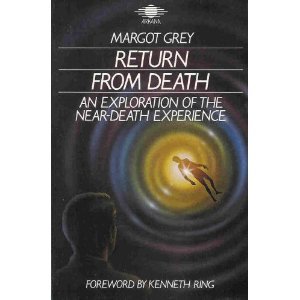 Furthermore if you look at the youtube video of her attempting to describe what happened she met her Higher spirit, she achieved the chemical wedding.

So she is very special.

There are some important findings that emerged from her book. The first concerns her overall assessment of what happens after death:

Having duly reviewed the accounts that contained descriptions of resuscitation events and, wherever possible sought to confirm the information with members of the medical team, or alternatively to obtain testimonies from others who were present at the time of the near death event, I am obliged to conclude from the evidence I found that somehow it would seem that conscious awareness survives physical death.

The second is her assessment of whether hell exists:

Although a number of noted researchers found no evidence of hell-like experiences to rebut the theory that negative feelings are rarely, if ever, encountered, I am compelled to conclude that such experiences, though infrequent, do certainly exist.
After recounting one person's experience, she concluded,
elements of both a negative and a positive nature are present. While the woman was quite clearly in a negative environment, she nevertheless had the protection, support and encouragement of the 'being of light.'

Having looked at these experiences, they would be classified these days as rebirth experiences. 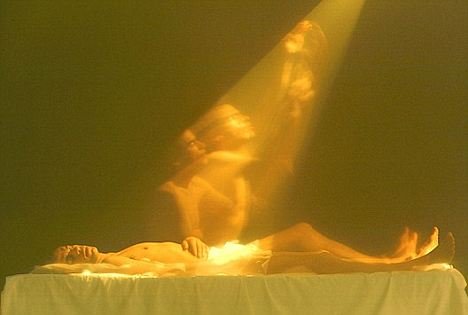 The third finding relates to her assessment of who has these experiences and her conclusion at the time was that anyone can have them and perhaps of most interest it affects the way they view religions:

"the experience undoubtedly changes the person's relationship to religion subsequently. The main shift would seem to be away from theological doctrines toward a more spiritual ideology. They tend to be less dependent on the religious interpretations of the church, and more contemplative and private in their beliefs." and "whether people are religiously minded or religiously indifferent, the likelihood of their having an NDE proves to be the same, the only difference being the influence religion has on their interpretation of the experience."