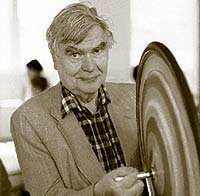 Richard Langton Gregory CBE FRS FRSE (24 July 1923 – 17 May 2010) was a British psychologist and at his retirement Emeritus Professor of Neuropsychology at the University of Bristol.  He was also the founding editor of the journal Perception (1972).

He founded the EXPLORATORY Hands-On science centre in Bristol in 1978 – the first in Britain, which had initial funding from the Nuffield Foundation, and David Sainsbury.  Up until it closed in September 1999, the centre had attracted over 2,000,000 paying visitors.

He received numerous honours and prizes for his contributions, including the Waverley Gold Medal in 1960  (for inventing Solid-Image Microscope); the Silvanus Thompson Medal (in 1986); the Royal Society, Michael Faraday Medal in 1992, for promoting science, especially for books and founding the Exploratory; and the Hughling Jackson Gold Medal in 1999, from the Royal Society of Medicine, (Division of Neurological Sciences).  He also gave a lecture to the Pontifical Council, the Vatican "Hands-on Science". 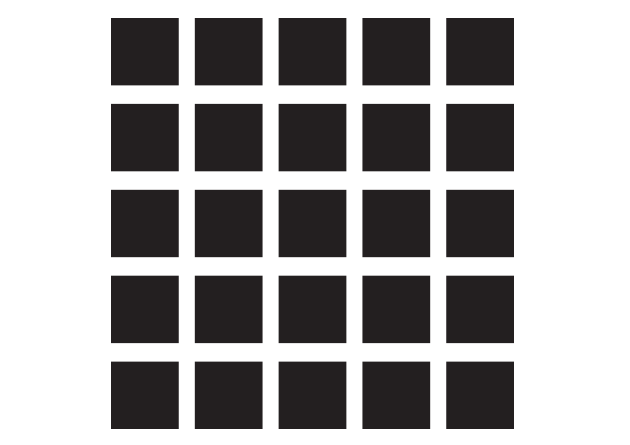 He authored and edited numerous scholarly books as well as books for the general public [see list below] and appeared on, or advised on the content of, numerous science-related television programmes in the UK and worldwide.  He was even a guest on Desert Island Discs!

His particular interest was in optical illusions and what these revealed about human perception; and his hobby [it is said] was punning (making puns).  It is clear he had a sense of humour.  On one occasion, when he collaborated with W. E. Hick for the latter's paper "On the rate of gain of information". He commented "...

I was the only subject for his gain of information experiment to complete the course.  He was the only other subject and he packed it in when the apparatus fell apart.

In 1992 he was elected an F.R.S. [ Fellow of the Royal Society of London.] He was made a CBE in 1989 [Commander of The Most Excellent Order of the British Empire].

Gregory was a prolific inventor.  He invented various instruments (financed by the MRC and DSIR): the Digital printing data recorder (THOTH); Solid Image Microscope; Hetero-chromatic Photometer; and an  image-improving telescope camera (ARID); for minimising effects of atmospheric turbulence, with a novel autocorrelation and sampling technique. 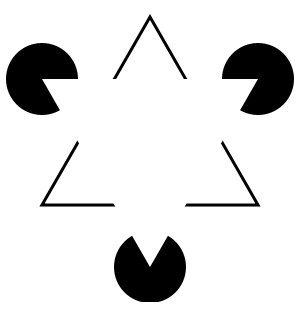 But, he is on the site because of the work he did in the development of cognitive psychology, in particular that of Perception as a function.  Building on the work of Hermann von Helmholtz (1821–1894) and his student Wilhelm Wundt (1832–1920), Gregory explored the relationship between the 5 senses and our perceptions, and then perceptions and memory.

Gregory and Helmholtz both proved that the function of perception is not just a passive acceptance of the input from the 5 senses, but is a complex process in its own right, where a considerable amount of processing takes place.  Even as early as 1962, Gregory was likening the process to a computer program.  We have one observation for him, but in many ways his work as a whole should be studied – we have used his ideas on the site.

Gregory also demonstrated how unreliable our senses actually were and how much is added to the process, by using optical illusions, such as the illusory contours in the Kanizsa triangle.

He devised the "Inappropriate Constancy Scaling" theory of distortion illusions, which “stressed the brain's "software" (rather than its physiology), for explaining many perceptual phenomena”.

He also delved into the process of learning, and how we learn.  Taking the perceptions and then pattern matching and testing.  He discovered that our memory is in the end a set of ‘beliefs’ or hypotheses, and can be no more than this, given the limitations of our 5 senses and the amount of pre-processing that is undertaken by the perception function. 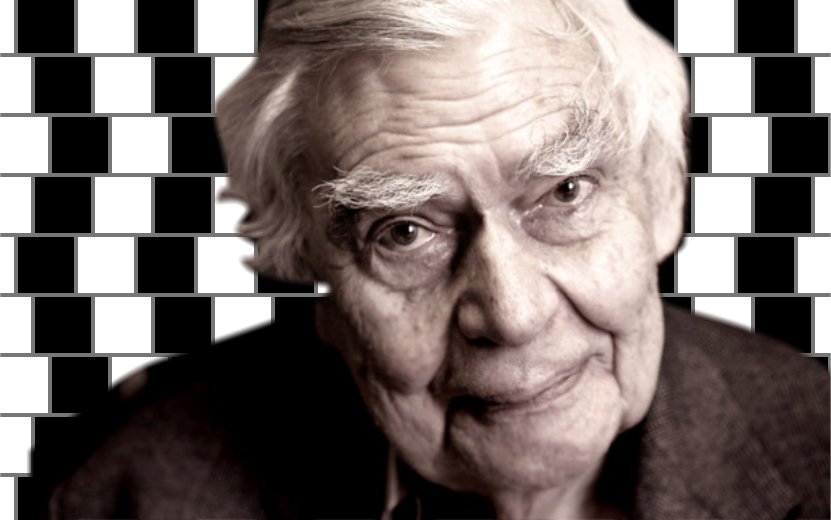 Richard was born in London, the son of Christopher Clive Langton Gregory and his first wife Helen Patricia (née Gibson). His father was an astronomer and the first Director of the University of London Observatory.

Gregory served with the Royal Air Force's Signals branch during World War II, and after the war earned an RAF scholarship to the Downing College, Cambridge, where from 1947-50 he read Philosophy and Experimental Psychology.  One of Sir Frederic Bartlett's last pupils at Cambridge, Gregory admitted to having been inspired by him. He was made an Honorary Fellow of Downing in 1999. 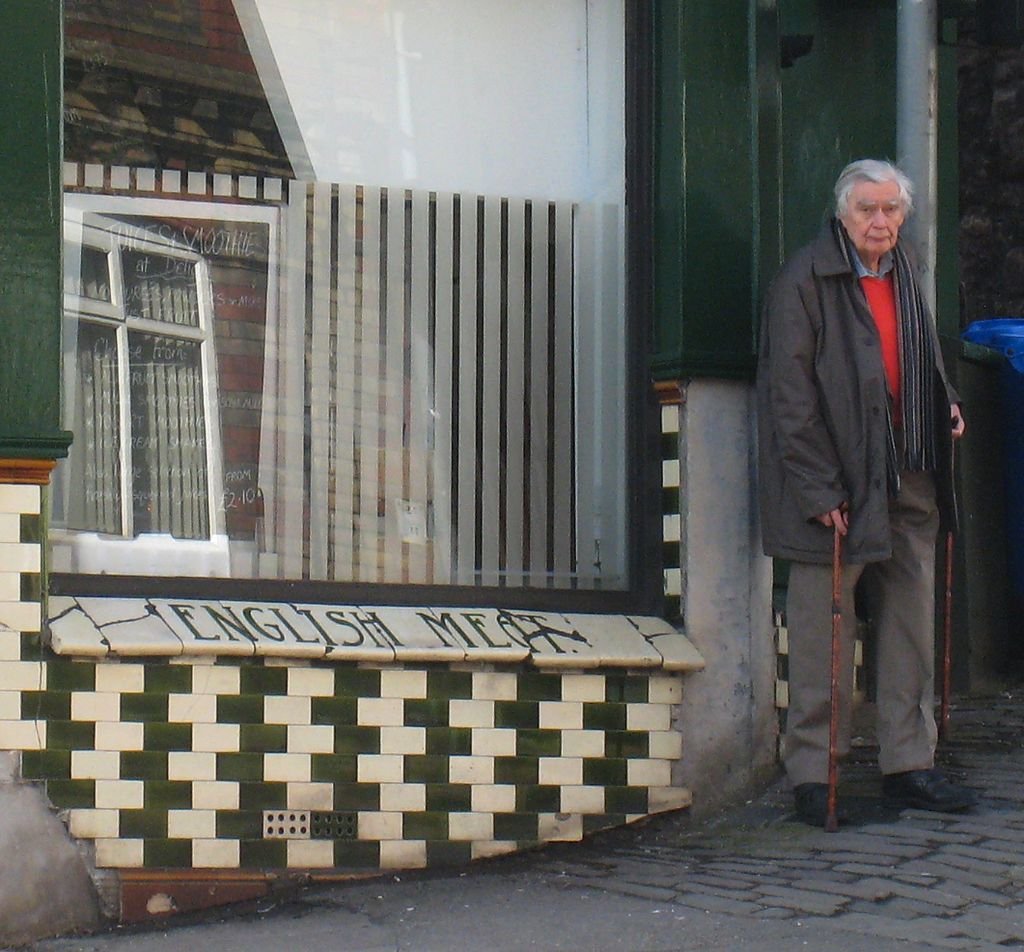 The tile pattern that started him thinking about illusions ....

From 1950-53 he became a Research Worker, in the Applied Psychology Unit, Cambridge.  He was also seconded for one year to the Royal Navy, Physiological Laboratory, Whale Island, Portsmouth, to design and run experiments on escaping from submarines, following the Affray disaster.

In 1953 he became a University Demonstrator, then a Lecturer in the Department of Experimental Psychology, Cambridge, where he lectured on Perception, scientific method, and cybernetics.

In order to further this work he designed the Special Senses Laboratory, a laboratory that was used both to set up practical and experimental classes for both psychology students and philosophers, and to help with practical problems. The Laboratory was used, for example, to investigate what perceptual problems could be anticipated for Astronauts, such as their judgement of speed and distance, for moon landing and docking. 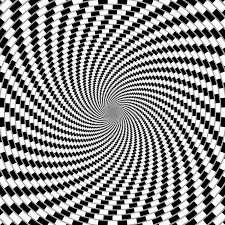 He was Head of the Bionics Research Laboratory, Professor of Bionics, and Department chairman from 1968–70.   From 1970-88  he was Professor of Neuropsychology, and Director of the Brain and Perception Laboratory, The Medical School, University of Bristol.  This laboratory was funded by the MRC, for research into the cognitive neural processes of perception.  It is during this time that his theories on Perceptions and Predictive Hypotheses were more fully formulated.

After he theoretically retired in 1988, he became Professor Emeritus: University of Bristol and moved from the Medical School to Department of Psychology.  He then spent his time as a Visiting Fellow at the University of Southern California (UCSD) San Diego where he collaborated with V.S. Ramachandran on experiments on the ‘filling-in of scotomas’.

He continued to write books and lecture, right up until his death.  His last major book published in 1997, was Mirrors in Mind although as you will see from the references he contributed to others after this.

Having suffered a stroke a few days earlier, he died on 17 May 2010 at the Bristol Royal Infirmary, surrounded by family and friends.