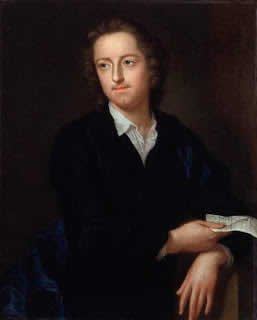 Thomas Gray (1716 –1771) was an English poet,  classical scholar and professor at Cambridge University. He is perhaps best known for his Elegy Written in a Country Churchyard.

Gray was born in Cornhill, London.  He lived with his mother after she left his abusive father and was educated at Eton College -  a time of great happiness.  He was a “delicate and scholarly boy who spent his time reading and avoiding athletics”.  He made three close friends at Eton: Horace Walpole, son of the Prime Minister Robert Walpole; Thomas Ashton, and Richard West.  And it appears his friendship with Richard West was particularly close.

And in 1742, Richard West died.  At which point Thomas Gray wrote what is believed to be not only his best poem but a masterpiece of the English language, the Elegy Written in a Country Churchyard. After several years of leaving it unfinished, he completed it in 1750. The poem was a literary sensation when published.  It is still one of the most popular and most frequently quoted poems in the English language.  But the Grief is palpable. 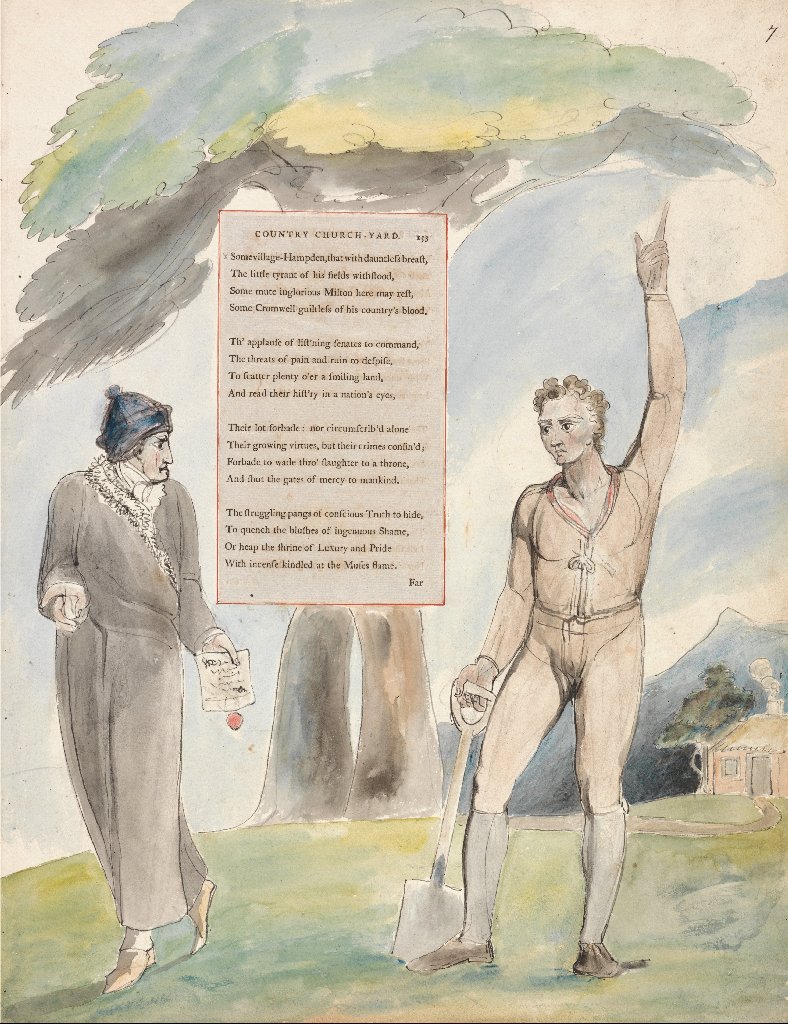 William Blake - The Poems of Thomas Gray,
'Elegy Written in a Country Church-Yard.'

After Richard West died, Gray moved to Cambridge and threw himself into intellectual pursuits  - the most common major defence mechanism of those who cannot get over their grief.  He began a self-imposed programme of literary study, becoming one of the most learned men of his time. He became a Fellow first of Peterhouse, and later of Pembroke College, Cambridge. Gray spent most of the rest of his life as a scholar in Cambridge.  He never married.

He has been described as ‘one of the least productive poets’ (his collected works published during his lifetime amount to fewer than 1,000 lines), but once he had thrown himself into academic life and started to use his intellect to the full, the muse rarely came to him.

I think he knew the origin of his inspiration, albeit subconsciously when he wrote - "where ignorance is bliss, 'tis folly to be wise."

It appears the only time the muse reappeared was through humour - laughing.  Horace Walpole said that "He never wrote anything easily but things of Humour."  Gray’s surviving letters also show his playful sense of humour. 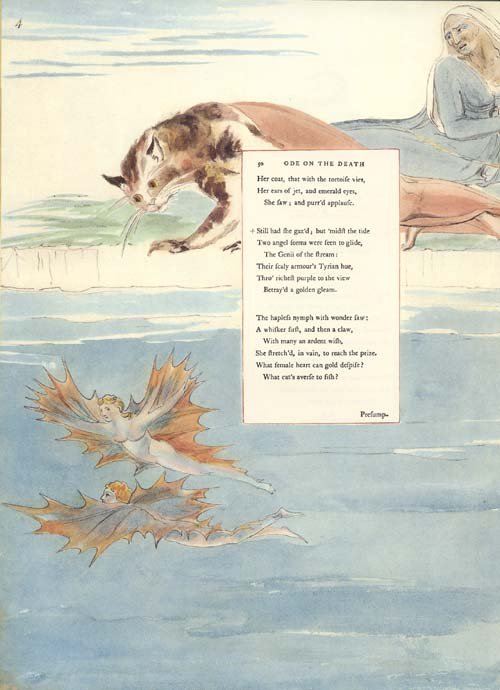 This humour surfaced in his ‘light verse’ which included  Ode on the Death of a Favourite Cat, Drowned in a Tub of Gold Fishes,  a mock elegy concerning Horace Walpole's cat. After setting the scene with the couplet

What female heart can gold despise?
What cat's averse to fish?

the poem moves to its multiple proverbial conclusion: "a fav'rite has no friend", "[k]now one false step is ne'er retrieved" and "nor all that glisters, gold". (Walpole later displayed the fatal china vase on a pedestal at his house in Strawberry Hill.)

There also appears to be one more great influence in his life, his love of nature and beauty.  When his duties allowed, Gray travelled widely throughout Britain to places such as Yorkshire, Derbyshire, and Scotland in search of picturesque landscapes, ancient monuments and peace.   Gray died on 30 July 1771 in Cambridge, and was buried beside his mother in the churchyard of Stoke Poges, the setting for his famous Elegy. His grave can still be seen there.