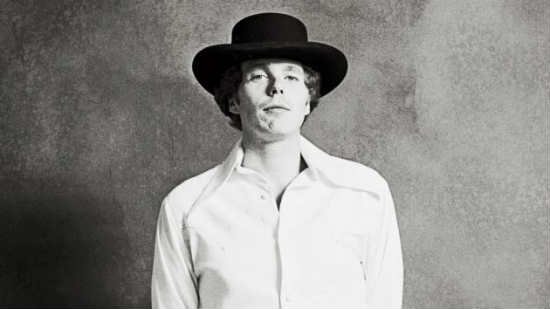 James Beck "Jim" Gordon (born July 14, 1945) was an American recording artist, musician and songwriter and one of the most sought-after recording session drummers in Los Angeles. At the height of his career Gordon was reportedly so busy as a studio musician that he would fly back to Los Angeles from Las Vegas every day to do two or three recording sessions, and then return in time to play the evening show at Caesars Palace.

“Jim Gordon is one of the more renowned rock drummers of the early '70s, and also one of the saddest cases in rock music. Born in California in 1945, Gordon began playing drums as a boy. At over six feet tall and extremely muscular, he created a startling figure on-stage and played with a power and stamina that made him a top choice among the younger generation of percussionists.”

He, along with Eric Clapton, formed his own group, Derek and the Dominos, with bassist Carl Radle and keyboardist-singer-songwriter Bobby Whitlock. The band's first studio work was as the house band for George Harrison's first solo album, the three-disc set All Things Must Pass. Gordon then played on Derek and the Dominos' 1970 double album, Layla and Other Assorted Love Songs, contributing, in addition to his drumming, the elegiac piano coda for the title track, "Layla," co-written by Gordon and Clapton. The group split in spring 1971 before they finished recording their second album.

“Behind his fame and success, however, was a dark side to Gordon's persona that few listeners and few fellow musicians ever knew about. Gordon had always seemed an improbable match to his profession and era, a wide-eyed, all-American-looking California type who only fit in with the late-'60s rock fast lane by virtue of his talent. In retrospect, that division between his appearance and demeanor, and his career and environment, seemed to reflect something more serious in the way of a split within Gordon himself. Behind that all-American mask was a personality torn by serious psychological demons -- the details are sketchy at best, but involve schizophrenia and other aspects of mental illness. As early as 1969 he would go off for days in spurts of bizarre, self-destructive private behavior. According to some accounts, he often heard a "voice" inside of his head that directed him at various times to act out -- whatever the particulars and the pathology, by 1981, he was unable to continue in music”.

Gordon starved himself, and the voices prevented him from sleeping, relaxing or playing drums. In 1983 he attacked his mother with a hammer before fatally stabbing her.

Though at trial the court accepted that Gordon had acute schizophrenia, he was not allowed to use an insanity defense because of changes to California law due to the Insanity Defense Reform Act. On 10 July 1984 Gordon was sentenced to 16 years to life in prison.

According to the California Department of Corrections and Rehabilitation's website (http://www.cdcr.ca.gov), as of October 2013, James Beck Gordon, prisoner #C89262, age 67, admission date 13 July 1984, is still serving his sentence at the California Medical Facility, a specialist medical and psychiatric prison in Vacaville, California.