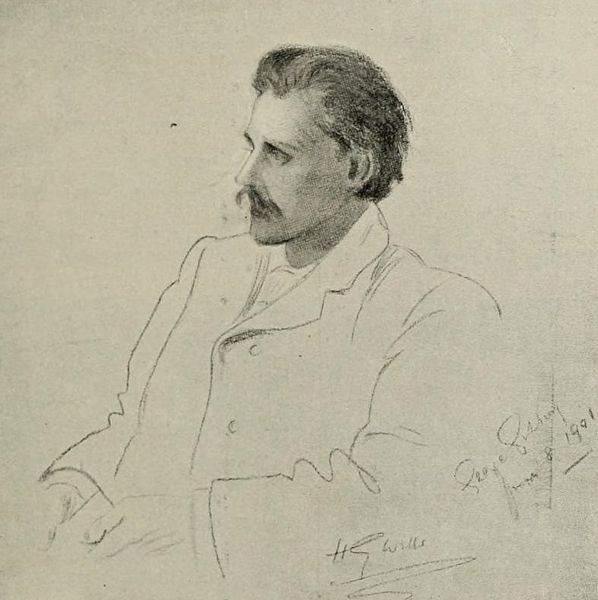 Gissing also worked as a teacher and tutor throughout his life. He published his first novel, Workers in the Dawn, in 1880. His best known novels, which are published in modern editions, include The Nether World (1889), New Grub Street (1891), and The Odd Women (1893).

Gissing was born on 22 November 1857 in Wakefield, Yorkshire. Gissing's father died when he was 12 years old, and he and his brothers were sent to Lindow Grove School at Alderley Edge in Cheshire. In 1872, Gissing won a scholarship to Owens College, forerunner of the University of Manchester. There he remained, solitary, intensely studying and winning many prizes, including the Poem Prize in 1873 and the Shakespeare scholarship in 1875.

Gissing's academic career ended in disgrace when he fell in love with a young woman - Marianne Helen Harrison, known as Nell. What is known, is that when he ran short of money looking after her, he stole from his fellow students. The college hired a detective to investigate the thefts, and Gissing was prosecuted, found guilty, expelled and sentenced to a month's hard labour in Belle Vue Gaol, Manchester in 1876.

In September 1876, he escaped to the United States, where he spent time writing and teaching classics. When his money ran out he moved to Chicago, where he lived in poverty until he met a travelling salesman in need of an assistant. These experiences partially inspired his 1891 novel, New Grub Street. In September 1877, Gissing left America and returned to England.

After returning to England, Gissing settled in London with Nell, writing fiction and working as a private tutor. He failed to get his first novel Workers in the Dawn accepted by a publisher, and so published it privately, funding it with money from an inheritance. Gissing married Nell on 27 October 1879. 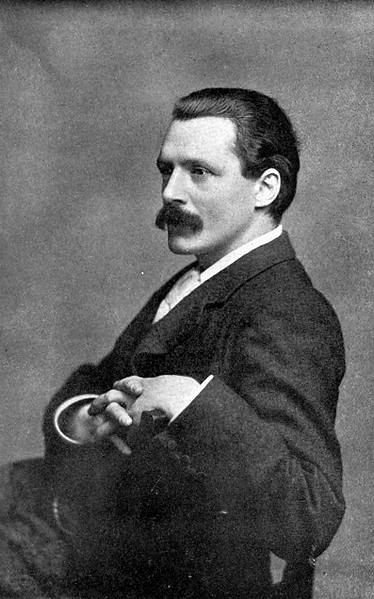 Gissing's next novel, Mrs Grundy's Enemies, remained unpublished, like the first.  Before his next novel, The Unclassed was published in 1884, Gissing and his wife separated largely because Gissing was unwilling to give the time and energy required to support Nell through what was becoming her increasingly chronic ill-health. He continued to pay a small amount of alimony until her death in 1888.

On 25 February 1891, he married another working-class woman, Edith Alice Underwood. The marriage was not successful. Whereas Nell was too sick to complain about his controlling behaviour, Edith stood up to him with arguments. The couple separated in 1897, though this was not a clean break - Gissing spent his time dodging Edith and afraid she might seek a reconciliation. In 1902, Edith was certified insane and was confined to an asylum.

In July 1898, he met Gabrielle Marie Edith Fleury (1868–1954), a Frenchwoman who approached him with a request to translate New Grub Street. Ten months later, they became partners in a common-law marriage as Gissing was unable to divorce Edith. They moved to France, where he remained, returning to England briefly in 1901 for a six-week stay in a sanatorium in Nayland, Suffolk. The couple settled in Paris, but moved to Arcachon when Gissing's health deteriorated. Gissing died aged 46 on 28 December 1903 after catching a chill on 'an ill-advised winter walk'.

His novels are largely unremembered and he was not exactly kind to all his partners – so why is he on the site?

Because he was given the gift of a mystical experience – and threw the gift away.

In 1892, he wrote to his sister Ellen,
"I fear we shall live through great troubles yet ... We cannot resist it, but I throw what weight I may have on the side of those who believe in an aristocracy of brains"