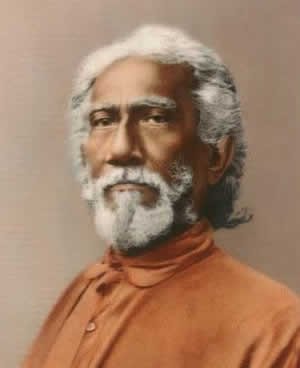 Sri Yukteswar was a Jyotisha (traditional astrologer), a yogi, and an exponent of the Bhagavad Gita and the Bible. He was a disciple of Lahiri Mahasaya of Varanasi and a member of the Giri branch of the swami order. Yogananda styled Sri Yukteswar Jnanavatar, or "Incarnation of Wisdom".

Sri Yukteswar was born in Serampore, India.  He lost his father at a young age, and took on much of the responsibility for managing his family's land holdings. A bright student, he passed the entrance exams and enrolled in Srirampur Christian Missionary College, where he developed an interest in the Bible. 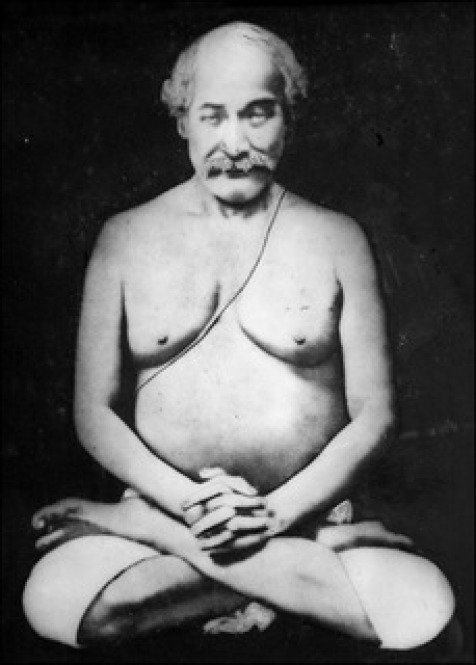 In 1884, Priyanath met Lahiri Mahasaya, who became his Guru and initiated him into the path of Kriya Yoga.  Sri Yukteswar spent a great deal of time in the next several years in the company of his guru, often visiting him in Benares.

Sri Yukteswar was one of India’s ‘rishis’ and was venerated as a Jnanavatar [incarnation of wisdom] by his followers.  Through the practise of Kriya Yoga and with the guidance of Lahiri Mahasaya he attained ‘spiritual illumination’.

Yukteswar had a deep conviction that tremendous advances could be made both individually and internationally by a synthesis of the spiritual heritage of the East and the West as well as the science and technology of the West.

Sri Yukteswar took the scriptures of Christianity and the Sanatan Dharma and compared them – in particular the Book of Revelations from the Bible and the Sankhya philosophy of India.  Yukteswar completed the requested book in 1894, naming it Kaivalya Darsanam, or The Holy Science, which discusses the unity behind the scientific principles underlying Yoga and the Bible.